Despite the term, pneumococcal infection doesn’t just mean you have pneumonia. 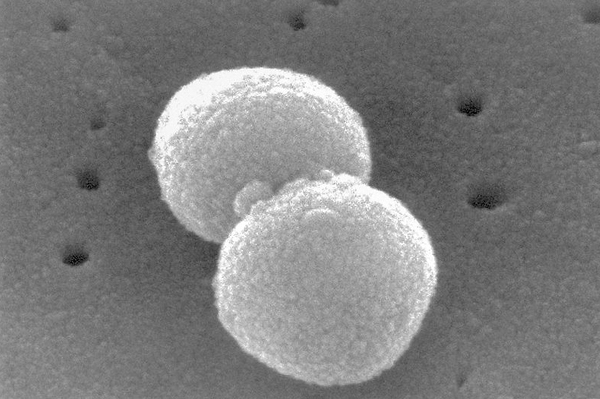 What is pneumococcal pneumonia?

A bacterium, streptococcus pneumoniae (pneumococcus) causes pneumococcal pneumonia, the symptoms of which include high fever, cough and shortness of breath; bacteremia, an infection of the
blood stream that causes fever and malaise; and pneumococcal meningitis, an inflammation of the spinal cord. Pneumococcus is the most common cause of meningitis in adults, and the second most
common cause in kids. The bacteria is also responsible for sinus and middle ear infections.

The highest incidence of pneumococcal infections occurs in young children, particularly those under age 2, those in daycare and kids with illnesses such as sickle cell disease, heart conditions or
HIV that compromise their immune systems. The Centers for Disease Control estimates that 100 children die annually from a pneumococcal infection, with 450 cases of meningitis, 4,000 cases of
bacteremia or other invasive disease, and 3.1 million cases of otitis media (ear infections) annually in children under 5 years of age. In adults, the CDC reports deaths in the thousands, mostly in
the elderly. In total, the CDC puts the number of deaths at 6,000 per year.

What are the Symptoms?

In adults, symptoms of pneumococcal pneumonia include fever, coughing, chest pain and shortness of breath. Pneumococcal meningitis carries with it a stiff neck, fever, mental confusion and/or
distorientation and sensitivity to light. Pneumococcal bacteremia symptoms are similar to these and may include joint pains and chills, as well.

Two vaccines have been formulated to prevent pneumococcal infection. The pneumococcal conjugate vaccine (PCV) is given to children in four doses, one each at 2, 4, 6 and 12 to 15 months. The
pneumococcal polysaccharide vaccine (PPSV) is given to immunocompromised people 2 through 24 and to adults who smoke or suffer from asthma. It is also recommended for everyone over the age of 65.

The CDC considers pneumococcus to be the most deadly of all vaccine-preventable diseases. Ten types of the bacterium account for 62 percent of invasive disease worldwide.