When your child comes home from school sniffling, sneezing, running a low-grade fever and coughing occasionally, you naturally assume she has a common cold. When that cough develops into a seemingly endless violent hacking that forces her to “whoop” to breathe, however, she’s got something more serious than a cold”¦ and you should be concerned. Pertussis, also known as whooping cough, is often mistaken for a cold, but the highly contagious respiratory disease puts your family at risk for more serious health complications. 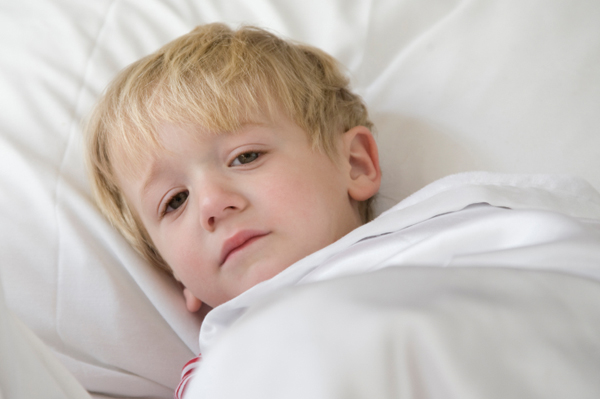 Pertussis is a respiratory disease caused by a bacteria that is easily transmitted through personal contact, coughing and sneezing. It is often mistaken for a cold or another respiratory tract
infection because its symptoms can mimic other illnesses.

The most common symptoms of pertussis include runny nose, sneezing, low-grade fever and a nonspecific cough that can gradually progress from mild to severe within one to two weeks. Pertussis has
been nicknamed “whooping cough” because, at its worst, the coughing can become so violent and rapid that it empties the lungs of air, and the sufferer must “whoop” to inhale.

In adolescents and adults, the symptoms of pertussis may not be severe and can easily go unchecked. Only an estimated 40 percent of patients will have the “whoop.” Mild symptoms,
however, do not mean that a person is less contagious or that pertussis is less of a danger to infants or young children.

Infants are at risk of pertussis

Infants are at a particularly high and dangerous risk for pertussis because they have not yet completed a vaccination series called DTaP and can develop serious symptoms and complications. The
Centers for Disease Control warns that more than half the infants with pertussis have to be hospitalized and can develop apnea, pneumonia, seizures and encephalopathy and, at worst, die from the
disease. Infants often get pertussis from their older siblings or parents, who don’t even know they have the respiratory infection.

Children and adolescents are at risk of pertussis

Schools are a hotbed for pertussis, and any child who has not been vaccinated is at risk of contracting the disease. Children and adolescents who have been vaccinated with the DTaP series
can be at risk, too. Immunity against pertussis wanes in adolescence, and outbreaks generally begin in middle or high school settings. A booster vaccine called Tdap is recommended to keep
adolescents free of the disease.

Adults are at risk of pertussis

Since immunity against pertussis wanes over time, adults who haven’t had a booster vaccination in five to 10 years are at risk of contracting pertussis. Pertussis doesn’t seem to be as
severe in adults, but it may take up to two months for a full recovery. More concerning, parents with pertussis can pass it on to their children, who may then go to school and expose their
classmates and teachers to the disease. Additionally, adults who work at or frequent school, healthcare or ambulatory settings have a higher risk of getting pertussis because of the increase in
exposure to others who may have the disease.

Your whole family is at risk for pertussis — and the best way to avoid the respiratory disease is to stay current with your vaccinations.

10 hrs ago
by Nikesha Elise Williams

13 hrs ago
by Mouthy Mandy