Is it time to kick your boyfriend to the curb? Below are ten reasons to break things off right now. 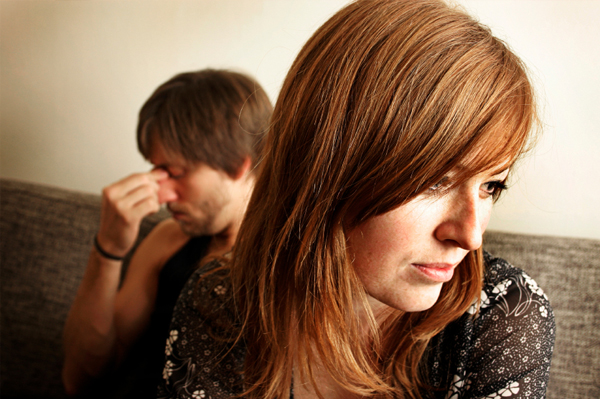 While the excitement of a new relationship is bound to fizzle, no matter who you’re with, boredom is a sure sign that a break-up is impending, especially if you are exerting a lot of time and
effort into the relationship, trying to make it work.

Your friends and family shouldn’t be the decision-makers in your life; however, if they unanimously hate your boyfriend for valid reasons, it could be a big, red flag that he is not the right
guy for you.

3. You Have Money Issues

Money problems, especially during a recession, aren’t an uncommon challenge for couples to face. However, if you aren’t financially compatible i.e. if one of you is a spender of
Confessions of a Shopaholic-proportions and the other is determined to build a nest egg, it could spell doom for the relationship.

4. Everything He Does Irritates You

Sometimes it’s not one big thing, but a series of small annoyances that start the ball rolling towards Breakupville. The way he smacked his lips together or his Snoop Dog cell phone ring tone
may have endeared you to him at the beginning, but do you now find them irritating?

5. Your Sex Life Has Become Non-Existent

When you first met, you couldn’t keep apart from each other, but, if now the only physical interaction you have is when you accidentally brush against each other in the bathroom, it’s
time to call a meeting about the status of your couplehood.

6. You Fight All The Time

Fighting is the number one warning sign that a break-up is not only good, but necessary as well. Constant fighting tends to escalate over time and lead the relationship down a dangerous road,
especially if the fights become physical.

The expression “joined at the hip” may sound cutesy, but the reality of a controlling, co-dependent boyfriend is not. Each person in a relationship needs space and freedom to pursue his
or her own interests, and, if you don’t have that, it’s time to vamoose.

8. You Can’t Imagine a Future Together

The future may seem a long ways away, but if you dream of having a large house in the suburbs and three kids, and he’s content to stay single and play the field for as long as possible, it
may be wise to cut the cord now.

No matter how many times he’s apologized or whatever rationale he used to justify it, if your man has lied or cheated in the past, he’s likely to do it again.

10. You Think You Can Do Better

Ultimately, you know it’s time to break-up when a little voice inside your head whispers, “You can do better.” Always trust your gut instinct when it comes to matters of the
heart; it will rarely steer you wrong.

How to break up with him

Breaking up: Ways to cut your losses and move on

1 hr ago
by Tarah Chieffi