Feel like you’ve looked high and low for Mr. Right? Maybe you’ve just been looking at the usual suspects in the usual places. 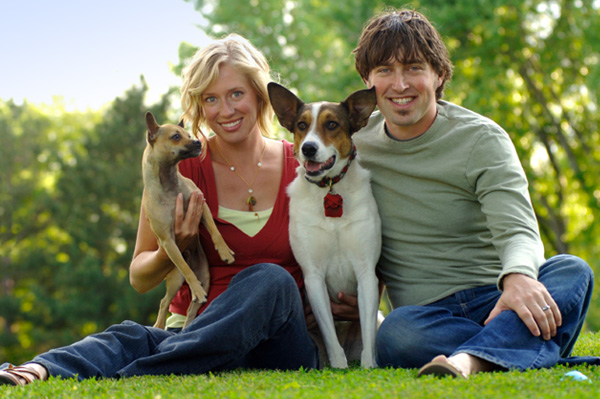 If the definition of insanity is doing the same thing over and over and expecting a different result, then you should consider changing up your dating routine and avoid the looney bin. Here are
five unusual places to find a date this week.

You’ve tried finding a guy at football, basketball and baseball games, but those guys were more interested in watching the action on the field than off. Instead, check out your local
municipal leagues of the more participatory and light-hearted variety — like kickball.

“It’s a great sport for people who don’t take themselves too seriously,” says Nicole Medvec, 27, sponsorship coordinator for Mall of America, who started a kickball team for
mall staff employees last year. “It’s a game that anyone can play but still allows you to be competitive.”

Playing a silly game together fosters laughter and a feeling of togetherness, as opposed to heightened competitiveness — or at least it should. You’ll be able to tell quickly if the
guy you have your eye on is fun or aggro.

Yet another reason giving back is a great idea: Charity events are full of datable men. Not just for smug marrieds, philanthropy has become a professional networking opportunity for both men and
women. Pick a cause that you care deeply about, then throw yourself into it with abandon. You’ll be surrounded by same-minded men with good hearts who want to help out as much as you do.

You wouldn’t think the library would be a hot social hotspot — what with the whole “silence is golden” thing — but this municipal mainstay is a great place to meet brainy local
guys. It’s a much better option than the bookstore. Think about it: The guys you see at the bookstore usually are gathered around the magazine racks, while the guys at the library are looking
for real books that they actually want to read! Bonus if you find them planted in front of your favorite author’s row.

Single women generally don’t flock to the driving range — making it the perfect place for you to find a date. You don’t need any special equipment or experience. Rent some clubs at the
range and scope out the scene for a cute guy. Next, ask him for advice on improving your swing. Since men love to show off their athletic prowess, he’ll rush to your aid. Scout your location
well first, though. The driving range next to a retirement community probably won’t have the demographic you’re seeking.

Looking for a guy who’s caring, nurturing and down to earth? Look no farther than your local dog park. You’ll find tons of guys bonding with their BFFs (best furry friends). Hey, at
least you can be sure they’re responsible enough to keep a dog alive. Start the conversation with an interesting prospect by asking about his pooch and go from there. Just make sure you have a dog
yourself for this one — otherwise, you’re just a weird dog stalker.

How to Get Away Without Showering After a Workout

7 Things You Never Knew About Going to Therapy