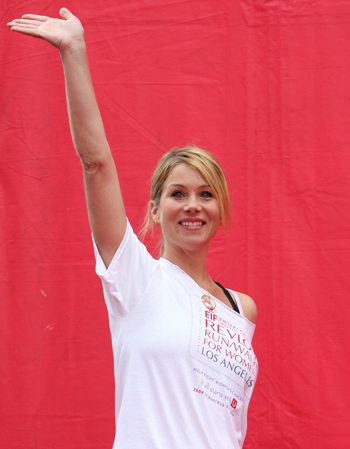 In 2008, Christina Applegate, star of Married with Children and Samantha Who? announced her breast cancer diagnosis. At just 36, Applegate had undergone treatment that included a double mastectomy, all without public knowledge. Applegate’s battle with cancer has been an eye opener to many younger women. You can learn more about her foundation, Right Action for Women, at rightactionforwomen.org.

Actress Edie Falco, who starred as Carmela Soprano in the HBO hit series The Sopranos, was diagnosed with breast cancer in 2003. Falco underwent treatment during the filming of the show’s fifth season. She battled the disease behind the scenes — only acknowledging it publicly after she had received treatment.

Singer Melissa Etheridge was on tour in October 2004 when she discovered a lump in her breast. Surgery revealed stage II cancer that had spread to one lymph node. She then underwent two months of chemotherapy. With a cleanly shaven head, Etheridge bravely appeared at the 2005 Grammy Awards, singing Janis Joplin’s Take a Little Piece of My Heart. The song has since become an anthem for the cause.

Kate Jackson and Jaclyn Smith were part of the original Charlie’s Angels trio (along with the late Farrah Fawcett). Both have faced breast cancer. Kate Jackson was diagnosed and treated twice, once in 1987 and again in 1989. Smith had a lumpectomy with radiation treatment in 2002. Jaclyn Smith is the spokesperson for a program called “Strength in Knowing: The Facts and Fiction of Breast Cancer Risk.”

Suzanne Somers was diagnosed with breast cancer in 2001 and announced her battle with the disease on Larry King Live. Somers went with a less-than-traditional approach to fight her disease, battling and surviving breast cancer with natural and holistic treatment rather than chemotherapy.

Popular singer-songwriter Sheryl Crow was diagnosed with breast cancer in early 2006 after a routine mammogram. Crow split up with another cancer survivor, famous cyclist Lance Armstrong, just a few weeks before making her diagnosis public. 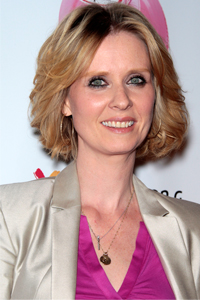 Emmy award-winning Sex and the City actress Cynthia Nixon battled breast cancer out of the public eye in 2006 when she underwent a lumpectomy and radiation treatment. Two years later, she went public about the disease and her recovery. Nixon is an ambassador and spokesperson for Susan G. Komen for the Cure.

Singer-songwriter Carly Simon was diagnosed with breast cancer in 1997. She underwent a mastectomy and reconstructive surgery, emerging cancer free a year later. During her recovery, she wrote an autobiographical album titled The Bedroom Tapes. Simon is an advocate for breast cancer awareness and fundraising programs.

Former U.S. Supreme Court Justice Sandra Day O’Connor found out she had breast cancer in 1988. She bravely returned to work within a week after having a mastectomy. O’Connor served on the Supreme Court until resigning in 2006 at the age of 75.