Skin cancer accounts for nearly half of all cancers in the United States. More than 1 million cases of skin cancer are detected each year, most caused by sun exposure. If caught early, skin cancer — even melanoma, the most deadly form — can be treated effectively. 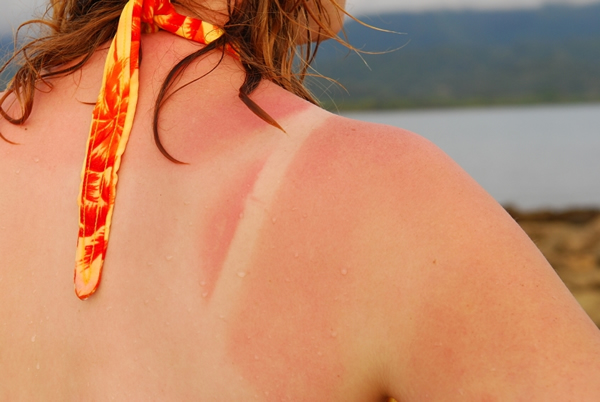 Prevention and detection of skin cancer — currently the most common cancer diagnosed — can save your life. Here’s what you need to know, courtesy of Dr. Robert Weiss, president of the American Society for Dermatologic Surgery (ASDS).

The most common type of skin cancer, this forms in the lower layer of the skin and can erode skin and tissue. It typically shows up as a pinkish, translucent bump on the skin, which is often misdiagnosed as a pimple. Basal cell carcinoma is commonly found on sun-exposed areas of the skin, mostly on the face and neck. It rarely spreads to other areas of the body.

This cancer forms in the upper part of the skin, and when caught in its early stage, is unlikely to spread to surrounding tissue. It is usually defined by a bump with a hard crust, or a skin-colored patch with raised edges. Often misdiagnosed as a scab, it appears on sun-exposed areas of the skin including the lips, scalp and ears.

This, the deadliest form of skin cancer, spreads easily to other parts of the body if not diagnosed in its early stages. It usually appears as a flat or raised spot with a jagged multicolored or black outline. Melanoma can occur anywhere on the body — sun-exposed or not. Sunburn and genetic predisposition are two causes. Even though melanoma is potentially fatal, the five-year survival rate is 91 percent. Most importantly, Dr. Weiss adds, “The five-year survival rate for people whose melanoma is detected and treated before it spreads is almost 100 percent.”

“Skin cancer typically develops on areas of sun-exposed skin, including the scalp, face, lips, ears, neck, chest, arms, hands and legs,” says Dr. Weiss. “It also can occur in areas not frequently exposed to the sun, including the back, scalp, underarms, genitalia, palms, soles and between the toes and fingers.”

Skin cancer can appear suddenly or develop slowly, and each type has a characteristic appearance. Signs and symptoms of skin cancer include:

Who is at risk for skin cancer?

The people most at risk for skin cancer are those with repeated and prolonged exposure to sun or ultraviolet radiation. Other risk factors include a fair complexion, history of sunburns as a child, multiple moles, atypical moles and a family history of skin cancer.

Dr. Weiss says, “While older adults are at higher risk for developing skin cancer (more years of sun exposure), the incidence of skin cancer is rapidly rising in young adults aged 20 to 29. Experts attribute this to excessive suntanning and the increased use of tanning beds.”

He adds, “A study published in the April issue of Archives of Dermatology demonstrates the increasing rate of melanoma among older men. Researchers are advising men to have a loved one take a look at their backs and see a doctor if they find something suspicious.”

According to Dr. Weiss, once skin cancer is detected, your dermatologist may employ any of the following common procedures and techniques:

Treats small basal cell and squamous cell tumors by scraping the tumor and then using an electric needle to gently burn (cauterize) the remaining cancer cells and a margin of normal-looking tissue.

Freezes and kills the skin cancer cells or tumor, which then slough off, allowing the underlying normal skin to heal. May be used to treat some small primary basal cell and squamous cell tumors as well as a few recurrent lesions.

Used to treat both primary and recurrent tumors by surgically removing the tumor and an area of healthy-looking skin around it. After surgery, the excised tissue is examined under a microscope to see if any cancer cells were present in the skin that appeared cancer-free.

Vaporizes superficial and multiple basal cell carcinomas and excises or destroys squamous cell carcinomas. Does not destroy cancer cells found deeper in the skin, so close follow-up with a dermatologist is important.

A surgical procedure that involves removing the visible tumor and then successive layers of skin, one at a time, until microscopic examination reveals no more cancer cells.

Even though skin cancer is one of the most common cancers, there are many effective ways to prevent it. Dr. Weiss recommends the following:

Another preventative tool is the ASDS Self Skin Examination Kit, the first at-home skin cancer exam kit that provides instructions on monitoring and measuring suspicious moles and other lesions.

Dr. Weiss says, “The kit — available free on the American Society of Dermatologic Surgery’s Facebook site (called “Almost 100%”) to reach a younger demographic — also includes images of the most common forms of skin cancer, statistics and a 12-month journal to carefully track changes in a mole.” Visit www.ASDS.net for more information.

10 hrs ago
by Jessica Toscano

13 hrs ago
by Elizabeth Yuko