Every major media outlet has heralded Twitter as the social networking site of the future, but here’s a news flash you may not have heard: Twitter is also a way to enjoy some flirty fun! Below are a few do’s and don’ts of flirtatious tweeting. 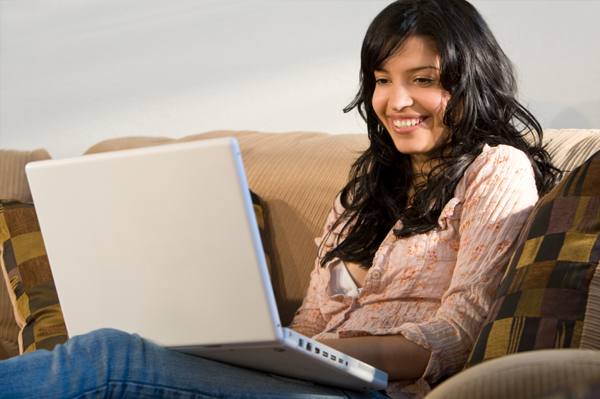 Twitter makes it easy to find people to follow by allowing you to simply plug their names into the search finder in order to locate them. However, unlike Facebook, one of the most fun aspects of
tweeting is connecting with people you don’t know, making it the perfect non-dating dating site around. Check out TwitsLikeMe http://www.chrisfinke.com/twitslikeme to find people with similar
interests or TwitterLocal http://www.twitterlocal.net to search for fellow Twitter users in your city.

However, in your initial excitement to Twitter, don’t add too many people too quickly or your disproportionate Twitter numbers might make you look like a spammer. Instead, try to balance the number
of people you’re following with the number of people who are following you by building your network slowly and posting interesting (or teasing! Or mysterious!) updates about your life.

Take advantage of Twitter’s gigantic chat room ambiance by following your crush and swapping “tweet nothings” with him. Have fun sending flirty replies, but, remember, your Twitter stream is
public, so choose your flirtatious words with care.

One drunken tweet might be amusing – but twenty misspelled tweets about the “really really awwwesome” house party you’re at are not! Imagine the embarrassment of drunk texting one person and
multiply that by a hundred – with Twitter, all of your updates go out in real-time.

Do: Save your love tweets

In a sea of thousands of thoughts and links, it might be easy to lose track of that one special tweet from your Twitter crush that gave you butterflies in your stomach. Luckily, the star symbol
next to each one of your Twitter updates enables you to save it to your “Favorites” menu, allowing you to re-read it over and over again.

Keep any truly intimate messages out of the public sphere by utilizing Twitter’s direct message (DM) feature. (Or, at the very least, keep the dirty talk confined to adult portals such as
@twittilate).

Do: Organize a love wave for your loved ones

Ashton Kutcher (@aplusk) organized a “love wave” for wife Demi Moore (@mrskutcher) recently by asking his Twitter followers to send her love notes while she was getting her daughters ready for
school one morning. She reportedly received over 3600 tweets in less than seven minutes, wishing her a wonderful day. Awwwww.

Jennifer Aniston reportedly broke up with John Mayer (@johncmayer) after she discovered he was constantly updating his Twitter while simultaneously telling her that he didn’t have time to talk.
After being dumped, he reportedly updated his Twitter status to read, ‘This heart didn’t come with instructions.’ Lame!

How to find love online