Worried about losing your job? Having enough money? Your 401k? Forget worrying about the recession’s imapact on your life, and have more sex instead! 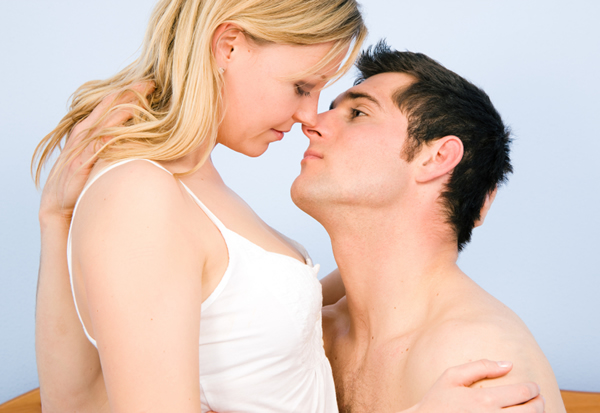 A study by Consumer Reports found that more than seventy-nine percent of people said that the recession has not affected their frequency of sex and over five percent said that they were even busier in the bedroom since the economy took a nosedive last fall.

While the downturn may have negatively impacted your bank account, it may prove to have unforeseen benefits in the bedroom. Here are six reasons why the recession will unexpectedly boost your love life:

Hard times have a way of bringing people together like nothing else and the stress of the failing economy has caused many people to reevaluate their lives and realize that close, loving relationships are just as important as the almighty dollar.

With massive lay-offs and companies cutting back on employee hours, the recession has given us more time to date, or if, you’re already in a relationship, more time to be together. Instead of spending another evening glued to your Blackberry, you can finally reinstate date night and find a babysitter for the kids. No need to spend money if you don’t want to; just cuddling on the couch together can rekindle old flames.

Also, there shouldn’t be any more excuses for a having a less than stellar sex life. You may have blamed a rut in the past on being “too tired” or “having to wake up early,” but, now, if you’re working less, longer love-making sessions and more playing footsies under the table at breakfast the next morning should become the status quo.

Reason #4: More Men on the Market

If you’re single, you have a better chance of meeting someone right now than you did a year ago. According to an article in Marie Claire, the number of personals in the Craigslist “Casual Encounters” section jumped from 1.4 million in September 2007 to 3.1 million in September 2008. Membership is also reported to be on the rise among online dating sites and matchmakers as well.

Sex won’t make your problems go away, but if you’re stressed out about losing your benefits or looking for a new job, it can function as a great stress management tool. Sex has shown to reduce blood pressure, flood your body with feel-good hormones, and put people in a better mood. (It also burns calories, if you are prone to stress eating.)

Lastly, forget fancy nights out at the theatre or $200 bottles of wine, some good, old-fashioned recession lovemaking won’t cost you a cent.

More on recession-proofing your love life:

Cheap ways to meet men
How to meet rich men: 5 Tips to find a sugar daddy
Recession-busting outings for couples