In an effort to retain our sanity, fellow fabulous single Angie and I have made this pact to go on a much-needed break from boys. Why? Where do I even begin?! Though most dating experiences leave us with some fond memories, and more importantly, endless laughs, I think I’ve already had my fix. 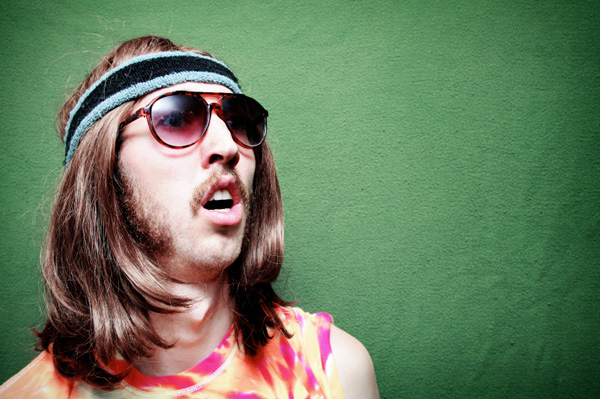 I just don’t think I can take any more freakish moments, awkward silences, and unnecessary guilt – and when it comes to dating, you’ll have more of those than successes. Not to mention, I’m actually fine being solo for the first time. Take it from a girl who has rarely been single since she turned 15 – I can get used to this.

Retract – I have gotten used to this. And me likey! Plus, I’m more creative when I’m alone. This can come in handy for work, since I’m a writer and all.

So, I got sidetracked for a second or two – some very bad dates, as you can imagine. And, have since come to a conclusion on my non-negotiables (word processed and laminated) as a result of my encounters. They are as follows (and maybe you can add some of these to your list, too). 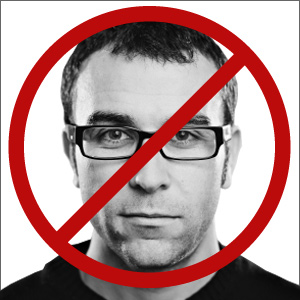 Head for the hills if you see these guys:

Yes, there was once a boy who had to leave the dinner table to get his fix. I assumed, at first, that he just had an over-active bladder. But upon coming back wired, I was pretty certain, he would never love me – he only loves his dealer.

You don’t have to love animals, but you don’t have to kick them either. This boy (or shall I say, evil spawn of satan), kicked his roommate’s cat. I walked out then and there after I told him to go to hell.

If your server is doing just fine and he still finds a reason to bitch about something, beware, ladies. Before long, he may be bitching to you. No one likes a verbal abuser.

That’s right – this guy once made me pay for his movie and mine (and to top it all off, he was the one who asked me out). When the cashier gave the total, he didn’t as much flinch. What was I to do? I paid to avoid total awkwardness, watched the movie in silence and sped off into the sunset after it was over.

Girlfriend, if he spends more time in front of the mirror than you do, then you’ll have problems. You should be the pretty one in the relationship – or at the very least, it should be equal. If he’s way too into himself and his looks, he’ll likely have little room to care about much else.

I understand that he was nervous, but to spit questions out at me like rapid fire amidst sweating? Come on! If you’re out with a man who’s perspiring profusely and it’s in the middle of winter, odds are he may have some anxiety or social issues. That can’t be fun when it comes time to introduce him to friends and family. Tread carefully.

Okay, not everyone can be a great speller, that’s for sure. But if your date is spelling simple words incorrectly, that’s a sign he may not be educated. Maybe that floats your boat, but for me, literacy is huge. And oh, if he gets “your” and “you’re” confused, that can’t be good either. Make sure your new man is up to par with your intelligence (unless you like dating down, that is).

Also: Check out 5 guys to avoid on your next date >>

What to do if you’re stood up on a first date: 5 Rules to follow
Learn how to make him commit: The Secret Life of Men
5 Signs to know if he likes you or not: Guys decoded