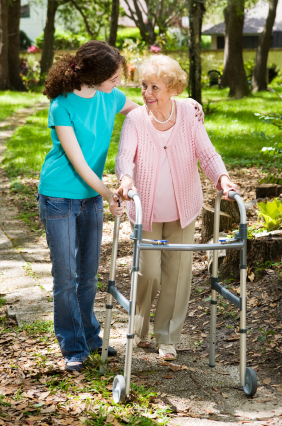 Elder abuse prevalent in the US

In an earlier, perhaps more gracious time, it was not a problem. The young, the old, the strong and the weak were absorbed into the fabric of the extended family. In our fast culture is there a place for those who can no longer cope?
No one knows exactly how many elderly people are mistreated, but the National Research Council’s Panel to Review Prevalence and Risk of Elder Abuse and Neglect estimated in a 2003 report that between one and two million Americans, aged 65 or older, have been injured, exploited, neglected or otherwise mistreated by someone on whom they depend for care or protection.

In September 2005, a frail 87 year old woman living in an expensive care facility was unhappy. It was suspected that she was being physically abused. The supplemental caregivers placed a hidden camera in her room and the results were horrifying. Their camera showed that day after day Norma was being thrown into her bed, threatened with fists, hit with a slipper and screamed at. The camera showed nurses helping themselves to Norma’s money and food. Armed with the tapes, they went to the police and the nurses and the home were charged with assault and theft.

To persons of good will it is hard to understand what kind of person would abuse the elderly. Bullies actively seek out vulnerability and gains gratification provoking arguments and increasing hostility. Some even take pleasure in inflicting physical harm. There are signs you can watch for:

This includes beating, hurting or harming the patient. It often includes unnecessary restraint. You should look for:

This includes threats, verbal abuse, name calling, humiliation or efforts to punish or make the patient feel helpless. You should look for:

Elder neglect is any failure to fulfill care-giving duties or obligations. You should look for:

People are living longer and longer lives; many requiring ongoing, long-term care. Current events show that more elder abuse cases are being reported than in years past, and many experts believe that the actual number of cases will increase in the years ahead as older Americans constitute a larger proportion of the U.S. population than ever before. This is one of the pressing social issues of our time.

Many baby boomers, currently the age group ranging from 40 to 60 years old, can expect to live well into their 80s and 90s. Elder care often falls to the grown children of seniors, who now are baby boomers and busy with their own children and careers. Can anything be done?

In order to eliminate this growing social issue we need to become one another’s keeper.

11 hrs ago
by Sara Dobie Bauer