You’ve been fighting a lot lately, and something’s got to give. But as much as you fight, you really want to make things work. Sticking together mean agreeing to some ground rules. Need some ideas of where to begin? Read on… 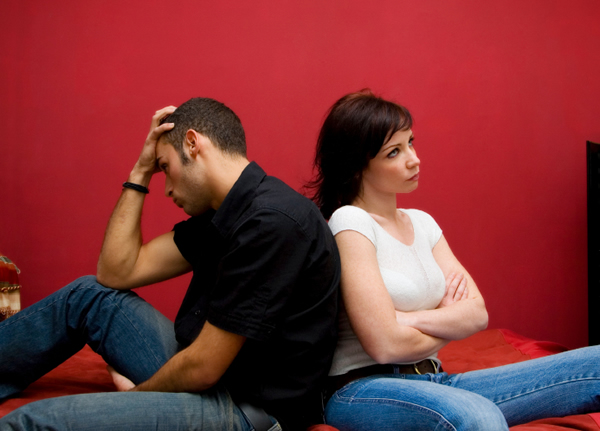 So many fights can be averted if you two would just learn to let it go. He said something that annoyed you, you say? He doesn’t like the way you asked him to run that errand? Just ignore. At the end of the day, just remember that as annoyed as you are, you still love him and he still loves you, so who cares!

I know, I know – this shouldn’t be a rule, many say. But trust me, it is quite effective. I’m not saying you and your partner should duke it out until you pass out. You should discuss the problem before you fall asleep. That way, you can wake up happy together. It’s important to (when you disagree), talk it out and move on.

Relationships are all about give and take. Learn to pick your battles. Win when absolutely necessary, but once in a while throw him a bone. It’s only fair. And when one of you loses, it’s time to compromise. The “loser” will probably have to give up something in order to reach that compromise. But it’s okay – if you live by this rule in ’09, that means you’ll take turns winning.

Divvy them up, please! One major mistake couples make is by not remembering they’re equal. It’s important to play your role, do your part, and be fair. You’ll only appreciate each other in the long run, and no one will feel swindled when one is not partaking in getting things done around the house.

It’s easy to lash out at loved ones. You believe that they will love you no matter what. So it’s no surprise when you’re having a rough day that you take it out on who’s waiting for you at home. You get cranky, lose your cool, get mad for no reason, even yell at them for something that is not their fault. That’s not nice. As much as possible – as bad of a day it is – be nice!

Forgive and Forget… For Real

You always say that — you “forgive and forget.” But the minute another argument erupts, you bring up that thing that you supposedly forgave for and forgot about. That’s not going to get you anywhere. If you’re going to forgive and forget, really forgive and forget. If that last argument wasn’t forgivable and you know it’s something you can never get past, then maybe you’re not willing to work hard enough for your relationship or that thing committed was just that bad. Reconsider the commitment in that case.

In the heat of an argument it’s easy to get worked up and wonder to yourself what you ever saw in him. Dont’ let yourself get to that point — instead, take a tip from SheKnows Love Expert, Dr. Noelle Nelson. She advises us to build a love nest egg. Not the money kind (although that is a good idea) but the love kind. Find out what she means!

Learn how to build your love nest egg >>