Being single these days is not like it was decades ago. Men used to court women at their parents’ homes’ balconies. These days, you’re lucky if a man makes a move after you glance at him from across the bar. No one has ever been able to explain why the tides have turned like so. Some attribute the change to the empowerment of women (thus men have become intimidated all of a sudden). Others say men have just gotten lazy. And there are quite a few ladies who surmise that some women have banded together to become (how do we say this politely) “easy,” and have trained men not to try as hard. 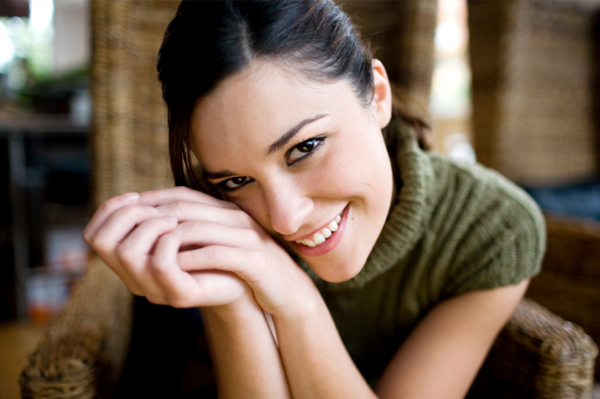 Regardless of the reason to the shift, it doesn’t change the fact that you still need to meet a suitable suitor. How do you do that with such obstacles as laziness, shyness, and the evolution of dating? Read on for tips for the shy girl’s guide to picking up men…

Go to a bar solo

Very few women have tried doing this. As scary as it sounds, going to a bar solo isn’t so bad – that is, if you don’t pick a bad neighborhood. Here’s what you do: Find a bar that you’ve frequented with your friends before, preferably a bar where you kind of know the bartender. That way, you won’t awkwardly sit around. Instead, other patrons will surmise you’re a local, this is an ordinary day for you, or you’re just friends with the server.

Once you’ve planted yourself at the bar, the fun begins.

Take a moment to face the crowd

Now that you’re hanging out at the bar by yourself, you can take this opportunity to try to figure out what your type is (if you don’t already know it). Once you’ve decided what you’re looking for, survey the crowd. Face outward and just take a gander. See someone you may like? Smile at him. If he’s single and looking, and you’re his type, he’ll walk over.

If he doesn’t walk over, don’t take it personally. He is probably taken or you’re just not his type. And, that’s okay. Just think of it this way: Not every man at that bar is your type, right? It has nothing to do with you, you just need to keep looking.

Don’t be afraid to ask questions

If the guy you smiled at walks over, game on! Now you can start a friendly chat – and that’s just the trick: Keep it friendly, no pressure, just enjoy. Odds are he’ll lead the conversation. After all, he’s the one who walked over. Take his lead and add your own two cents whatever the subject may be. Let your personality shine through. Hopefully, you’ll like each other’s company and continue talking.

If you reach any awkward silences, that’s okay too. Maybe he’s nervous, as well. If you want him to ask for your number at the end of the conversation, for instance, simply say something like, “Let me know if you want to hang out or something. I can give you my number.” Or maybe a simple, “Maybe we’ll run into each other again soon.”

If he goes for it, takes your digits and calls, hoorah! If he doesn’t, it’s okay, expect that rejection could happen. This is not to say that it will probably occur though. It’s just good to be prepared for men being indifferent. Some men just aren’t looking to date for one reason or another. Again, don’t take it personally – it has nothing to do with you. You’re still you’re awesome self, and if the guy in question doesn’t realize that, then he’s not the one for you.

The best thing to do at the end of the night if you meet someone is to look for signs of indifference. If he’s clearly “blah” about you, then don’t get your hopes up. If he reciprocates the interest, then happy dating!

7 Ways to make him ache for you
Does losing weight mean better sex?
How to sell yourself on a date