The famous couple talks about how to cope with the 5 biggest relationship busters, and their stay-together secrets for no-longer newlyweds 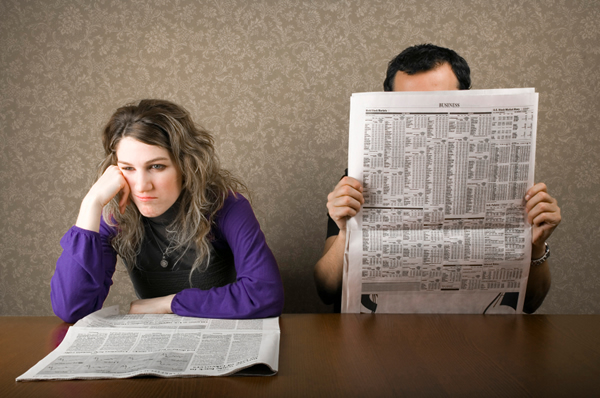 Phil McGraw has worn multiple hats in his 57 years — college football star, clinical psychologist, trial consultant, best-selling author, talk show phenomenon. But in the most basic ways, he
is still pretty much like every guy on Earth: reluctant to admit he’s lost, and even more reluctant to ask for directions.

Sitting in a hotel bar waiting for her husband, Robin McGraw looks at her watch. “He’s running late,” she says apologetically, then suddenly a look of revelation spreads across her face. With an
intuition honed over 30 years of marriage, she knows exactly where her husband is.

“I’ll bet you anything he’s sitting in the bar on the other side of the lobby,” she says, raising an eyebrow. “Even though I told him to turn left when he got off the elevator….” An assistant is
dispatched to check, and sure enough, five minutes later, Dr. Phil walks in sheepishly.

Why had he sat alone for so long in what was obviously the wrong place? “Well, I thought maybe you were in the ladies’ room or something,” he says with a shrug.

Robin just shakes her head and laughs. They’ve been a team for a lifetime, he pursuing a career that’s culminated in his long-running hit TV show, Dr. Phil; she raising their two children, Jay, now
28, and Jordan, 21. Their respect for each other is obvious. To Robin, the man she married when she was just 23 is always Phillip, never Phil. He, in turn, treats her with deference, reaching out
to touch her arm frequently as they talk.

But their successful partnership doesn’t mean they’re always in harmony. Robin, 51, has the infectious enthusiasm of a cheerleader: “When something good happens, she literally dances around,” Phil
drawls. “She’ll actually moonwalk through the kitchen.” He, on the other hand, prefers to do his dancing on the inside, and sometimes that’s not enough for his wife. “I’ll be bouncing around,” she
says, “then I’ll look at him and say, ‘Come on, you gotta give me something! Show me something!’ But he’ll just stand there and say, ‘Yeah, I’m real happy,’ and that’s it. That’s all.”

For this, Phil is unapologetic. “She’s always known I’m not the kind of guy who is going to cry with her at movies, or hold our babies and gush,” he says. Robin isn’t fazed by his occasional
gruffness. “I know his heart,” she says. “I can take one look at him and know how happy he is.”

In his years of private practice and counseling troubled couples on the show, Phil has learned a thing or two about how to make a relationship last. But to see him with his wife is to understand
that he’s probably learned the most at home. Here, Dr. Phil and Robin McGraw talk about the five biggest obstacles to a happy marriage, and share their insights on how to build a better bond.

7 hrs ago
by Shannon Brugh