Laurie Alpers said,”I walk so my daughter won’t have to follow in my footsteps.” 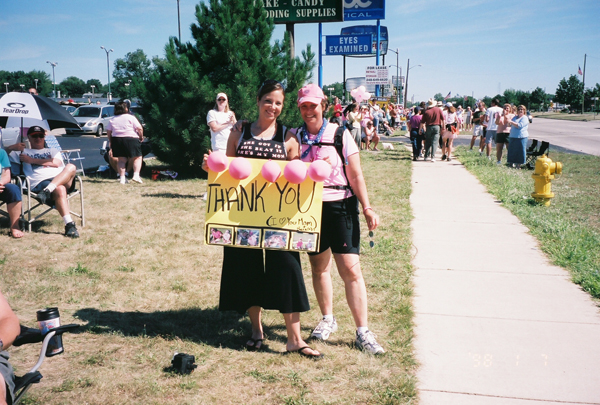 Laurie Alpers from Ann Arbor, Michigan, had never really exercised in her life. Then she was diagnosed with breast cancer. 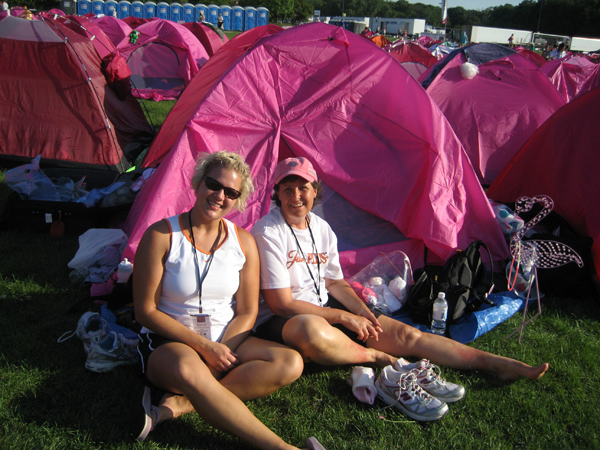 “I kept asking, ‘Why did this happen to me,'” she recalled. “And the answer for me was that we all have more control over our health. You know, if we don’t take
care of our own bodies, where will we live?”

For Laurie, the answer lay in learning more about her own health and her own body. “I never exercised. I didn’t eat well. I finally hit a really low patch.” She joined her local
YWCA and began an assertive exercise program. First there were two exercise classes every day before going on to her job as an executive assistant with a sports and entertainment company. She added
a weight lifting class and was feeling fine about getting in shape. 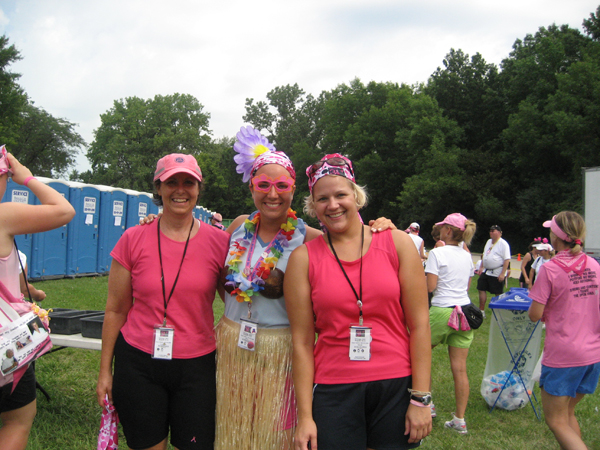 It was during her swimming class, though that she first learned about a three-day walk. She immediately went home and signed up. Then she read the fine print. “That was a big surprise. I
learned walking is very good for you!” Laurie exclaimed.

As she began training, she found more benefits in walking than she’d ever anticipated. “Walking,” Laurie explained, “calms your spirit. Plus you meet a lot of people!”
One person she met was a 25-year-old woman who was also training to walk the 3-day in Michigan. “I’m 55 and Sara is 25, but training for and walking the 3-day is a real bonding
experience,” said Laurie. “She’s become my best friend.” 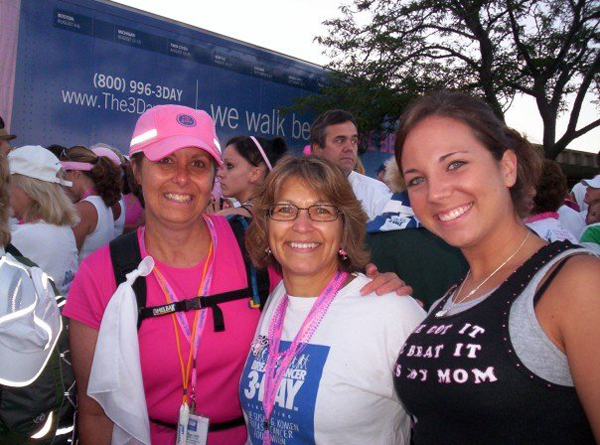 After participating in two 3-day event last year, Laurie learned she was BRCA1 positive, and at high risk for a recurrence and for ovarian cancer as well. Once again taking control of her own
health, she had surgery this past June to remove both ovaries. She also had a prophylactic double mastectomy in July. 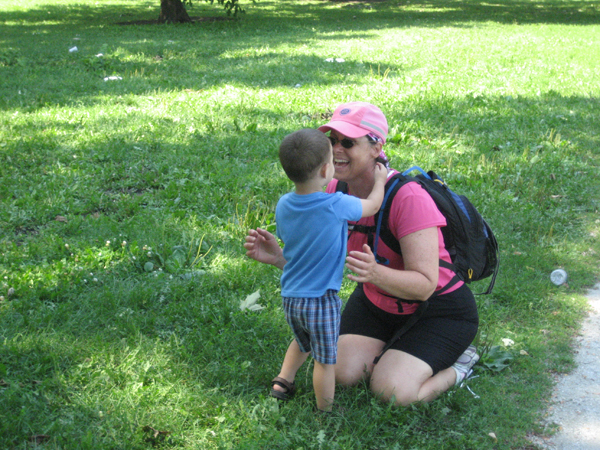 “I’m still walking,” she reported, “just not as quickly as I did last year. And I will still walk the 3-day this fall.” She’ll walk it knowing, she added, that
she’ll be surrounded by a cadre of supportive people and friends. She’s also aware that when you flag, that support will help hold you up. Literally. 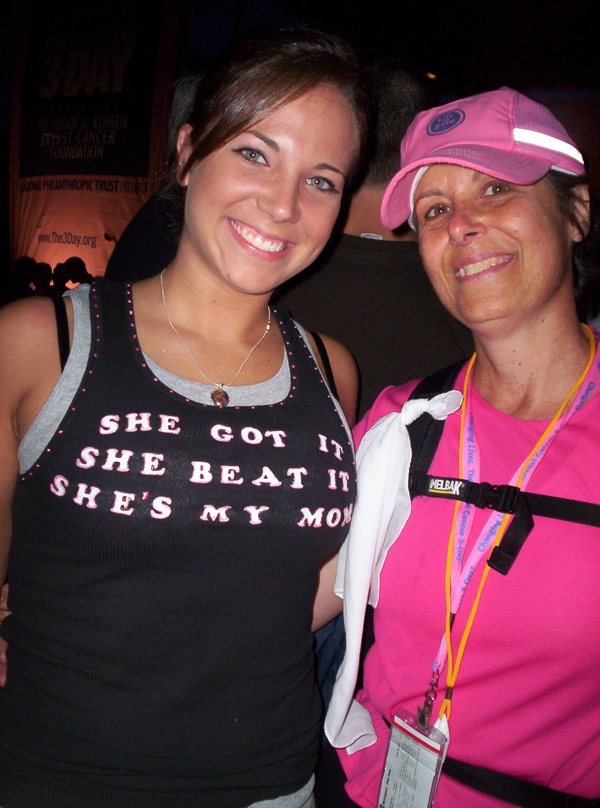 “Two weekends ago I did 13 miles one day and six more the next. I know I can participate to a certain level. But there are vans all along the walk route, and they’re ready to pick you
up if you can’t go on. You have so much support through every mile. There is so much support, such community….” she paused, and then continued. 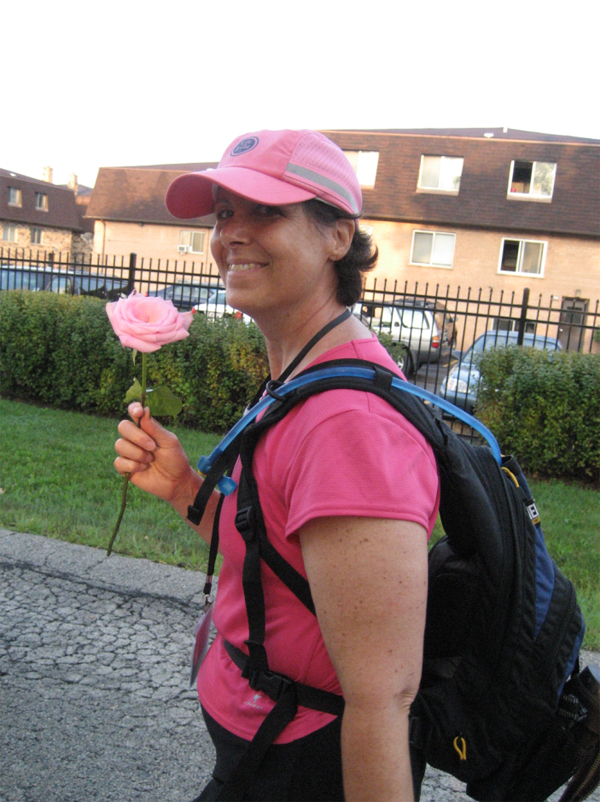 “My daughter interned at Susan G. Komen Foundation this past summer. I really know the foundation is doing great things. The very first time I sent out a notice about participating, I got all
of these hugs and encouragement from people – and I raised more than $1,500 in less than 10 hours. For me, the walk is powerful and empowering. I will do this walk every year until there is a
cure.” 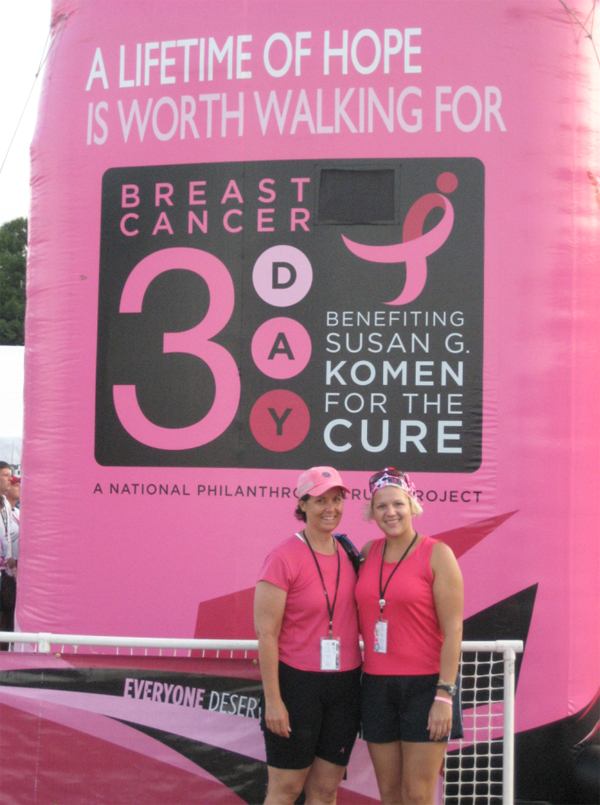 Cheryl Untermann: In honor of mom

Jen Hoffman: Not just alive but thriving despite being diagnosed with breast cancer

2 hrs ago
by Caitlin Flynn