It’s not about the walking – it’s about a world where breast cancer is only a memory. If you’ve ever wondered about the power of one person, meet Barbara Jo Kirshbaum. 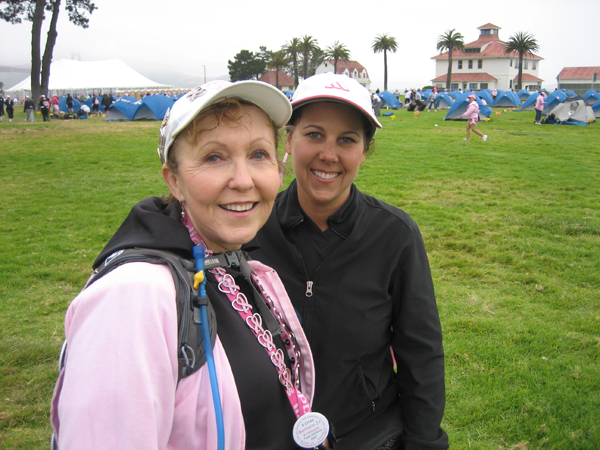 A marriage and family counselor from Southern California, Barbara Jo was looking for a challenge, not a cause, when she began walking a decade ago. “I was turning 60, and I just wanted to do
something personally, physically challenging. I’d never really even exercised before I turned 40,” she said.

Besides exercising, she walked and hiked. She’d climbed Mt. Whitney and hiked the Grand Canyon at last eight times. She’d just finished a marathon in Los Angeles and was looking for the
right next challenge when she saw an article about walks for breast cancer. When she realized she’d have to raise money to participate, she nearly stopped dead in her tracks, but, “I
thought, well, I’ll just send a letter to a few friends and family.” 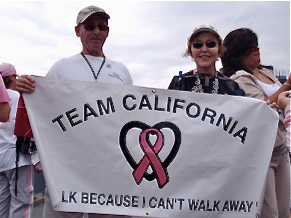 Then the checks began “rolling in,” and she decided to expand the list. She easily raised the $1,700 fee, reaching 10 times that amount by the time she did the walk three months later.
It was a walk that changed her life. As she says now, “A door opened, and I walked through.”

Barbara Jo quickly saw that the walks themselves are not the point. “I walk because I can’t walk away” became her personal tagline, and within five years of her first walk, she
walked in all 13 major breast cancer walks around the country. “The Avon Foundation did the first ones, and the (Susan G.) Komen Foundation began the three-day events. And I just felt very
committed to both.” Since 2003, she’s walked both, doing nine to 15 events each year. 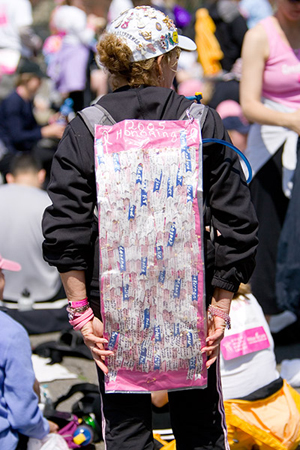 She drew in her family, all three daughters and their husbands, her son and his family, all five granddaughters, and her husband, all participate in some way. “Everyone has done walks. My
daughter, Ronda, makes jewelry and stationery for sale, one son-in-law did my web site, another son-in-law is doing a DVD,” she said. 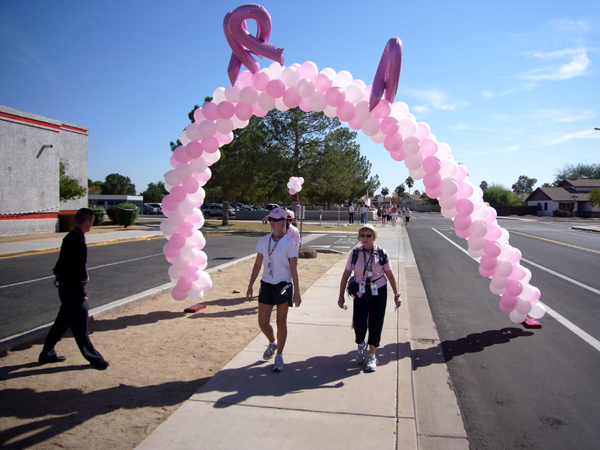 This year marks a full decade of walking for breast cancer research – and Barbara Jo Kirshbaum’s 70th birthday. Just a couple of years ago, as she was counting up dollars and miles, a
friend urged her to “up the ante.” 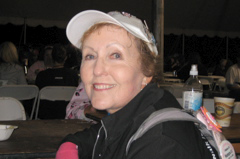 “She urged me to go for a hundred
walks and a million dollars. I thought, I’m just one little person, doing grassroots fundraising. And how can I do all those walks?” Barbara Jo said.

Then her husband, Bob, asked what was keeping her from doing it. “I told him it was the logistics.” But he’d already begun traveling to the events with her, having been teased
into it one weekend when Barbara Jo was again, away walking. “He came, he participated…and it became his passion, too. And he does all the logistics of traveling and staying and
everything else that needs to be done.” 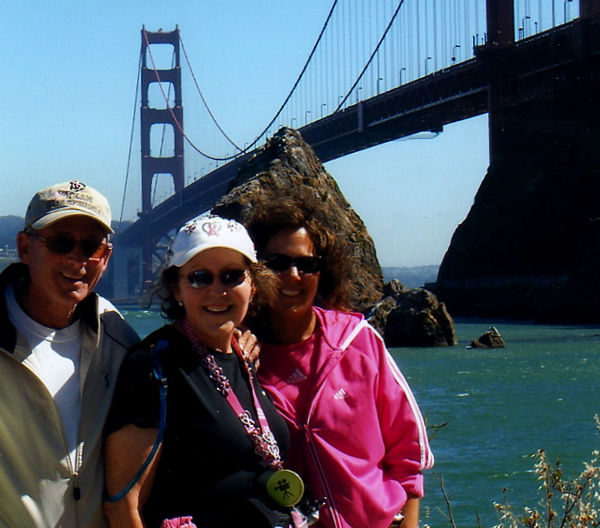 He told her she could reach a hundred in three years, doing ten walks each year. But her 70th birthday was approaching. “I thought I could do it in two.” She wasn’t so sure about
the million dollars. But she passed the million mark by mid-year, hitting $1.214 million in mid-summer. And when she walks in San Diego this November, she’ll reach her hundredth walk. 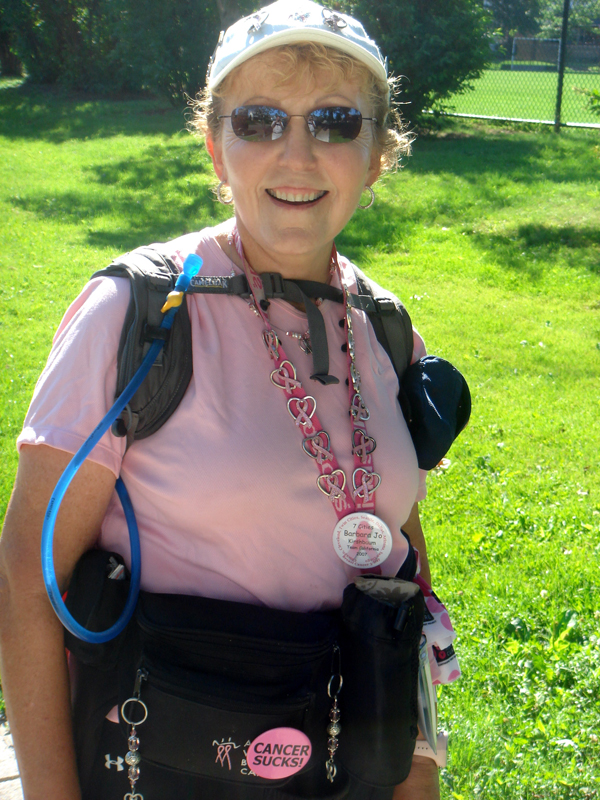 She’s not putting away her walking shoes, though. Because, of course, it isn’t about the walking. “The first year I did it, it was about the challenge. But cancer isn’t
done, and I’m not ready to be done, either.” 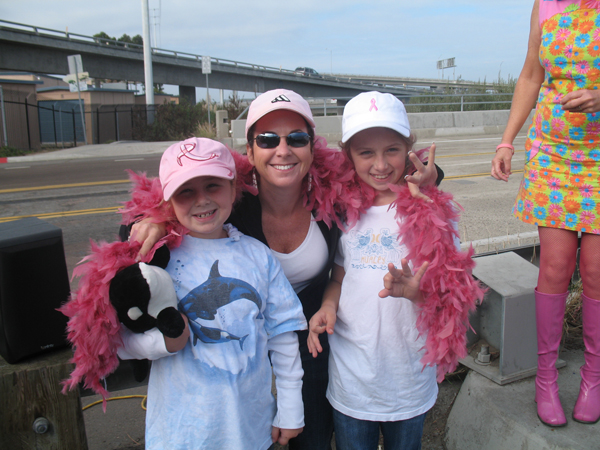 Cheryl Untermann: In honor of mom

Jen Hoffman: Not just alive but thriving despite being diagnosed with breast cancer

19 hrs ago
by Ashleigh Morley