Looking for a fun and fast way to get fit? Get yourself to a Zumba class – a dance class spirited with Latin and international beats, a mix of rhythms, resistance training and hot and spicy aerobic conditioning. Zumba’s combination of interval training and body sculpting in an easy-to-follow dance format will have you shredding calories and grooving your body into super shape. 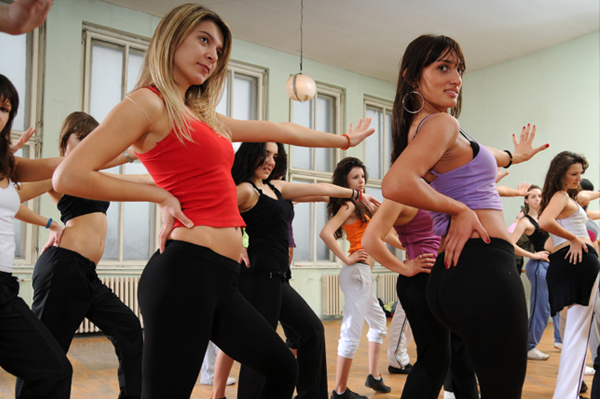 The best exercise is exercise you look forward to doing

It is no secret that that regular exercise is important to good health and longevity. But it can be a challenge to find new ways to exercise, avoid boredom and work a broader variety of muscles.In 1999, Beto Perez, a celebrity fitness trainer, introduced a fun, different and effective new exercise called Zumba to the United States. “We utilize the principles of fitness interval training and resistance training to maximize caloric output, fat burning and total body toning. It’s a way of mixing body sculpting movements with easy-to-follow dance steps,” says Perez.

The best exercise is exercise you actually look forward to doing. According to Perez, Zumba is that type of exercise. “It’s fun and addictive. It’s wonderful to see so many people having fun while getting fit. I think the terrific Latin rhythms in the program have taken the ‘work’ out of working out,” he adds.

And with an average Zumba class burning 500 to 800 calories – depending on your level of fitness and intensity – getting that hot and spicy body for which you are striving won’t feel like such a chore.

Zumba classes combine fast and slow rhythms, resistance training and aerobic exercise while using the spirited beats of Latin and international music. The result is an hour-long, heart pumping, calorie burning, exciting and energizing exercise class.Interestingly, Zumba was literally created by accident. One morning when Perez arrived to teach his aerobic class, he realized that he had forgotten his music. He grabbed whatever he could find in his car – traditional Latin salsa and merengue music – and instead of being a one-time thing, he started incorporating Latin-inspired beats in future classes.

Soon, Perez found that his class using the traditional Latin sounds actually became the most popular class. Perez brought his new concept to the United States in the late 90’s, where it was marketed through an infomercial selling Zumba DVD’s. The demand for Zumba instructors increased and a Zumba instructor training program was created.

The high energy Zumba craze is more like a party and has changed the lives of over four million fans, has 20,000 trained instructors teaching classes in over 35 countries, and has sold over 3.5 million DVD’s.To promote a Zumba class, health clubs or other fitness facilities must have their instructors trained through the Zumba Basic Skills Instructor Training workshop. The instructors must receive nine hours of instruction and a certificate of completion before they can officially lead a Zumba class.

This new Latin dance exercise phenomenon has been featured in hundreds of newspapers and magazines including the New York Times, Chicago Tribune and Washington Post. Zumba has also been presented on many television news shows, including a feature by Ann Curry on the Today Show.

In addition to the exercise class and DVD’s, Perez has launched a clothing line as well. Zumbawear is bright, sexy and comfortable. Everything from tee-shirts, capri pants, splash pants and even dressier halter tops are available to exercise in and show off your new Zamba-induced muscles and curves. In addition, Zumba products such as music, towels, sports bags, backpacks and watches are also available.

The word Zumba comes from a Columbian word that means “to move fast and have fun.” When you attend your first class, you will undoubtedly realize the meaning of the word as you move to the exhilarating beat and Zumba your way fit.

Visit Zumba.com for classes near you, becoming a Zumba instructor or to purchase Zumba DVD’s and clothing.

More fun ways to get fit