The next time you feel caught up in the single life doldrums, take some sex tips from Russian love guru Evgeniya Steshova. While Russia’s lopsided male to female ratio has left many women there to resort to becoming mail-order brides, others, however, have taken the situation into their own hands by attending Steshova’s 6-week training course on “how to snag a man.” 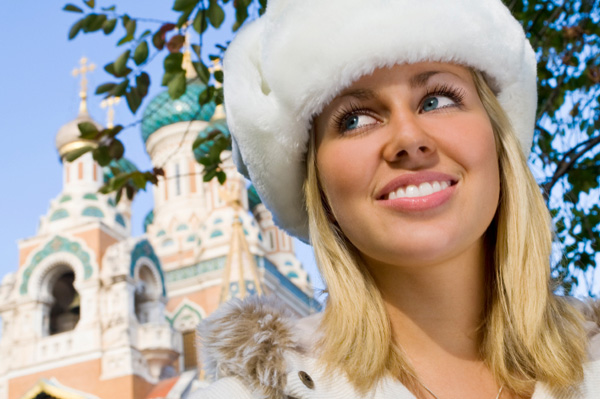 As reported by London’s The Sun, Steshova lectures her pupils on the principles of male-seduction.

Sex Tip 1: Men aren’t as oblivious as you might think

As much as you might love your LBD, according to Steshova, women should wear bright colored clothing to attract the gents. Not unlike the way a peacock attracts its mate by flashing some colorful feathers, Steshova’s philosophy is that a woman can gain a man’s attention by accentuating her curves with some cheery hues. However, if looking like a Hawaiian tourist isn’t your style, try adding just a touch of brightness in the form of a scarf or other accessory. Colors like emerald green and purple are flattering to many skin tones and are the must-wear colors this fall.

Sex Tip 2: Know that what’s underneath is crucial too

Your momma always said to wear clean underwear, but Steshova goes a step further and decrees, “no underwear is better than graying or mismatched pairs.” Going commando may seem strange to the uninitiated, but as many a Hollywood starlet can attest, it eliminates the dreaded panty-line problem that plagues many sexy, form-fitting ensembles.

Elle Woods may have had trouble fitting in with the Harvard egghead crowd at first, but the Legally Blonde heroine knew what she was talking about when it came to the “Bend and Snap” – the priceless maneuver of attracting a man’s attention by dropping an item and slowly reaching down to retrieve it (the Bend) and then quickly popping back up and thrusting your chest forward (the Snap.) While done to a comical effect in the film, it’s a move that is whole-heartedly endorsed by Steshova in real-life to attract a guy’s attention.

Although men may claim that they want a certain type of girlfriend, what they actually mean is that they want a certain type of girlfriend at specific times. While they may enjoy the company of a dominatrix in bed, they most likely wouldn’t take her to meet the grandparents for afternoon tea. Likewise, a fawning, sycophant girlfriend may be great for times they need an ego-boost, but may cause them to seek out other women when they’re feeling up for a challenge. Therefore, Steshova advises to “play different roles to win a man’s heart.” Show him your competitive streak during a late-night game of pool and then invite him over to dinner and channel your inner-Rachael Ray. As long as he doesn’t begin to think that you have multiple personalities, its good to keep him guessing.