When healthy eating gets taken to an unhealthy extreme, even though the diet may be balanced and adequate, the attitude and obsession of it can be likened to an eating disorder. A healthy balanced diet is an integral key to a healthy lifestyle but it shouldn’t be the totality of a healthy lifestyle. Orthorexia is a subclinical for an eating disorder and is often overlooked since it does not typically involve binging, purging or not eating at all. If you think you take your healthy diet focus too far, you may have orthorexia. 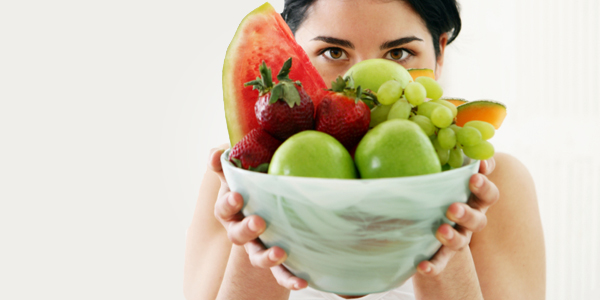 “How can these women eat that unhealthy junk?” Elizabeth* righteously thought while staring at food being served at a baby-shower. In her mind, the counter was “sullied” with frozen quiches, M&M’s and store-bought chocolate cake. She politely declined an offer from the hostess to have some of the “sodium-rich, sugar-coated, Crisco-frosted garbage.” Hunger gnawed furiously at her stomach since she had not eaten for five hours and she knew the prospect of substantial healthy food was still two hours away. However, instead of thinking how fun it would be to just have a piece of chocolate cake for dinner, she nibbled on an apple feeling “virtuous and clean.” 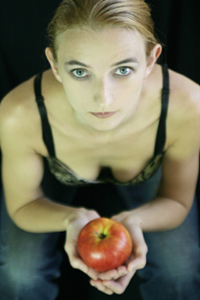 d I was against the killing of animals,” she recalls. “I knew eating vegetarian was healthy but I also knew I would be consuming less calories,” she adds. Eating humanely was the overt motivation but living up to society’s standard of thinness was a strong underlying factor.

When Elizabeth’s therapist later pointed out that this extreme way of thinking was unhealthy, Elizabeth scoffed and defiantly wondered, “How could adhering to my healthy diet possibly be bad for me?” Since that incident, Elizabeth – who continued with therapy – has since stepped off her nutritional pedestal and found a genuinely healthier middle ground. She says, “I now occasionally DO have chocolate cake for dinner and no longer judge others on their food choices.” She adds, “I must admit, life is much more enjoyable because orthorexia or my obsession to always eat healthy does not rule my life.”

Orthorexia is the obsession with eating healthy to improve health but, due to the extreme nature of it, it is considered a subclinical form of an eating disorder. Steven Bratman, M.D. coined the term in 1997 from the Greek word ortho, which means “correct or straight” and orexis, which means appetite. In his book Orthorexia: Health Food Junkies Overcoming the Obsession with Healthful Eating, Dr. Bratman describes orthorexia as a disease in which people view their diet as a way to feel virtuous, clean and even spiritual. The more extreme a person diets for health, the more virtuous and pure they feel.

Because orthorexia is not recognized as a clinically significant eating disorder, as is anorexia and bulimia, the statistics on orthorexia are scarce. Another reason orthorexia stays subclinical is because the characteristic behavior of eating healthy is viewed positively. With the number of obese people growing steadily, society and the medical profession deem healthy eating as the ideal. And it is. But when people are consumed with thoughts of dietary pureness and also measure their self-worth on the purity of their diets, that so-called healthy diet becomes suspect.

There are numerous food philosophies or “healthy diets” and each can lead to an unhealthy obsession on food. Strictly following one diet in the name of health and fitness can ironically result in malnutrition. The body may actually suffer a deficit of vitamins, minerals and nutrients simply when a diet lacks variety. Many diets eliminate particular foods or whole food groups on the basis of promoting health and/or disease prevention. Short-term, these diets are most likely harmless. However, when an inflexible person allows a diet to be in control for the long-term, negative physical and psychological consequences are inevitable. Orthorexics are especially at risk for nutritional deficiencies because they tend to restrict their diet more and more while on their quest for perfection.

Orthorexia has been referred to as a trend, a subclinical eating disorder, a form of obsessive-compulsive disorder (OCD) and a disorder all its own.

Heidi Lewin-Miller, Registered Dietician and Licensed Marriage and Family Therapist in San Luis Obispo, California became aware of “clean eating” in the early 1980’s, while following the Macrobiotic diet. Her health was good and she, in turn, felt good about herself for being nutritionally proactive in her wellbeing. However, she was hit with a rude awakening that made her question the wisdom of rigidly abiding by any diet.

Lewin-Miller recalls, “I listened to a lecture from a well-known leader in Macrobiotic living and then, after a meal, heard her throw up in the bathroom. I was concerned the lady was ill and asked if everything was okay.” She adds, “I was shocked when the lady said she had eaten too many beans at dinner and that to maintain her Macrobiotic balance, she needed to rid her body of the ‘offending’ food.” This is an example of taking a healthy diet to an orthorexic extreme.

Specializing in eating disorders, Lewin-Miller considers orthorexia as a disease all its own. She explains, “Orthorexics, people with eating disorders, and those with OCD commonly suffer from the ‘All or Nothing Syndrome.’ They have lost their ability to view aspects of their life as being on a spectrum. They have no concept of middle ground and this extreme thinking can be about food or any other part of their lives.” She adds, “People with orthorexia classify foods into “Good-Healthy” or “Bad-Unhealthy” categories. Their self-worth is then based on the category in which the foods they eat belong. If they eat healthy foods, they are good. If they indulge and eat unhealthy foods, they are bad. With this mindset, no food exists in the middle and this is really an unrealistic and unhappy way to live.”

IS ORTHOREXIA REALLY ABOUT HEALTH?

When asked if orthorexia is truly about health, Lewin-Miller replied that people with orthorexia are outwardly motivated by health but other underlying motivations lead to the diet obsession, such as weight loss, living up to social standards of beauty, being perfect and other factors that are not health-related.

According to Lewin-Miller, people with orthorexia hide behind the thought, “Society tells me eating healthy and being thin is okay, so how could my behavior be a disorder?” One of the obstacles in acknowledging orthorexia as a disorder is that society has normalized behavior conducive to health but has ignored the consequences when the behavior is taken to the extreme.

BE HAPPY WITH WHO YOU ARE

Orthorexia may not be recognized as a disorder but it can cause dysfunction in your social life and mental wellbeing as well as eventually become a health issue if you gradually eliminate specific foods or entire food groups from your diet. Consult a therapist or other medical professional who specializes in eathing disorders if you believe your feelings, thoughts and behaviors concerning food are unhealthy.

Orthorexia may eventually earn a place in the Diagnostic and Statistical Manual of Mental Disorders (DSM), the manual used to diagnose mental illness. Lewin-Miller says, “Until then, I hope that raising awareness of this disorder will convince people that not everything society normalizes is okay and that we need to find balance in our lives and be happy with who we are.”

For more information on orthorexia and body image, visit these links:

Rebel Wilson Explains How Fertility Played Into Her ‘Year of Health’