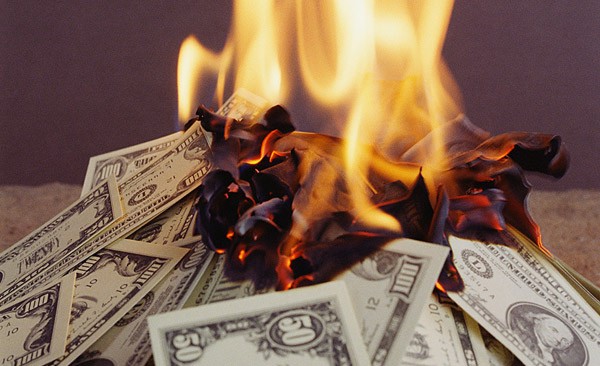 Along with sexual indiscretions and comorbid alcohol and substance abuse, many with Bipolar II seek help only after they have recklessly spent their life savings or made wild bets on the stock market — and lost. It is not unusual for hypomanics to go on wild shopping sprees, spending money they do not have (by running up debt on credit cards) and buying items they never intend to use but want more than anything at the time of the purchase. For instance, I will never forget the patient who came to our first appointment carrying a duffel bag filled with more than 100 pairs of white tennis socks!

I asked Veronica, a 31-year-old retail fashion buyer with Bipolar II, to write down her thoughts and feelings when she was unable to restrain herself from overspending. She wrote the following:

“When I start feeling that hypomanic ‘buzz,’ I never worry about earning money. Instead, I become intent on spending as much as I want. It is not unusual for me to run up my credit card debt in excess of 15 to 20 thousand dollars over a period of 2 or 3 weeks during this mental state. I buy anything and everything I see without regard to whether I need it or will use it. For example, last spring when I was experiencing a mild high, I booked a 2-week Mediterranean cruise for myself and two girlfriends. I didn’t even ask my friends if they could get off work at that time. I then realized that I had nothing to wear on the cruise and charged about $6,000 in resort wear, including two evening gowns for the late-night formal dinners. Looking back, I see how extravagant and emotionally based the spending was, especially when I found out my friends could not go and my credit cards were over their limits. But at the time, it seemed the right thing to do — get what I wanted to soothe my hypomanic state, and try to impress my friends at the same time.”

Bipolar disorder: Out of touch with reality

Compulsive spending is regarded as a problem with impulse control. At times, the hypomanic individual may be right on the brink of being out of touch with reality. An extreme example of this is a patient of mine who threw $50,000 out of his office window in midtown Manhattan and then called his bank to send over more money. Of course, the bank did not comply with his request, and my patient was later treated with a mood stabilizer to modulate his hypomanic mood state. Sure, this is a rare example, but it really did happen. And is there really any difference between tossing thousands of dollars “to the wind” and the compulsive gambler who loses all of his money in risky investments? Sadly, either might in consequence try to commit suicide — and succeed.

We believe that many hypomanics have the same components as what some psychologists label a “Type-T,” or thrill-seeking personality. This personality dimension refers to individual differences in stimulation seeking, excitement seeking, thrill seeking, arousal seeking, and risk taking. Whether he or she chooses the stock market, the racetrack, a poker game, or an all-nighter doing slots in Las Vegas, the hypomanic seeks excitement, craves the adrenaline rush, and thrives on the tension. When he loses, he starts again with a bigger and better plan to win. He finds that this form of instant gratification suits his hyperalert, fast-moving, impulsive temperament. And why not? I mean, with a real job, you have to clock in daily and wait 2 weeks for a bona fide paycheck. With high stakes at the racetrack, your winnings are instantaneous — or far too often simply nonexistent.

As I explained in Moodswing, when hypomanics are making a fast deal, they feel in control. They love the sensation of power and the thrill of winning. Usually, the money is secondary — something to have in case you need to eat. The real high comes from the thrill of the gambling itself — and most try to beat the system until their last day. But while gambling is a high for the hypomanic, it can lead to far-reaching consequences at work and in the family. The problem of gambling with Bipolar II has escalated greatly with unlimited access to gambling facilities and day-trading accounts on the Internet. When the hypomania goes too high, the compulsive gambler may look for new ways to win money.

But why should someone get so depressed over money, one might ask; many people have repeatedly made and lost fortunes. But the psychiatrist wonders which came first in a financial disaster: Was it the chemical mood swing to a deep depression, or was it the actual loss of the fortune that prompted such a severe reaction? I maintain that the hypomanic high often prompts a reckless loss of money, and suicide is a consequence of what is now called double depression: the combination of the depression, which would have occurred once the mania subsided, and the depressive reaction to loss.

Do you have a problem?

Many people do not realize that they have a gambling problem until they lose everything. That’s why an open discussion with a psychiatrist or other professional may help the person own up to the problem and seek intervention. When Bipolar II patients come to my office presenting with a possible gambling problem, I ask them the following questions. (If you answer “yes” to 5 or more of these 16 questions, you most likely have an addiction.)

Treatment goals for Bipolar II patients who are pathologic gamblers are consistent with treatment for major affective disorders, alcoholism, or substance abuse, in that the psychiatrist works on restoring to the patient a normal way of thinking and living. Behavioral therapy is used to improve the patient’s social skills, and cognitive-behavioral therapy may help the patient prevent relapse. Intervention to reduce the risk of suicide is also necessary.