Experiencing a weight loss stall? Turn off the television or computer an hour earlier and go to bed. Eight hours of sleep a night is recommended for most adults. Yet Americans average under seven hours during the workweek. In fact, a third of adults reportedly sleep no more than six-and-a-half hours nightly. 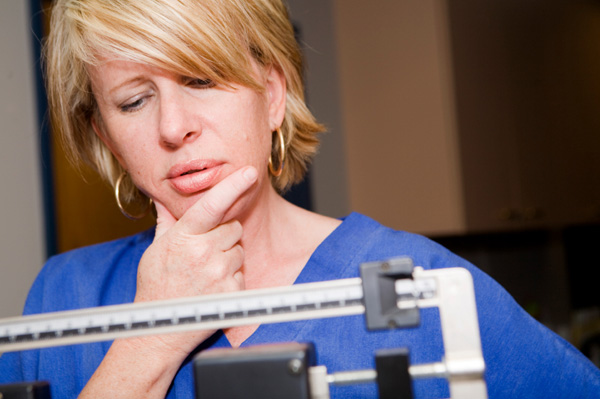 Too little physical activity is clearly part of why overweight is now common.
But a lack of sleep may make weight loss and weight control more difficult by altering our metabolism, as well as our eating and activity patterns. Keep in mind that maintaining a healthy weight affects more than your appearance.

The American Institute for Cancer Research advises everyone to limit weight gain in adulthood to less than 11 pounds to reduce cancer risk.

A little research has directly tested the idea that sleep deprivation leads to weight problems. In a Japanese study of six- and seven-year-olds, children who slept nine to 10 hours a night were compared to those who slept only eight to nine hours.
The latter group was almost twice as likely to be overweight. Children sleeping less than eight hours a night were almost three times as likely to be overweight.

A lack of sleep may change hormone levels and thus influence weight gain. For instance, higher levels of insulin — a condition known as insulin resistance — have been linked to a shortage of sleep.

Fatigue leads to sweets and fat

When people low on sleep find their energy dropping, many turn to food for a pickup. The short-term rise in blood sugar gives a more energetic feeling, but often the extra calories are unneeded and stored as body fat.
Furthermore, the most appealing foods when we feel low on energy are often sweets or refined carbohydrates with low nutrient density, like cookies. If sleep deprivation promotes insulin resistance, overconsuming these types of carbohydrates worsens the problem.

Tired people may burn fewer calories, too, because they are too fatigued to exercise. Or if they do manage to exercise, they work out less intensely than usual.

For example, a rested person may walk two miles in a half-hour. Someone fatigued will probably go a much shorter distance in the same time. The tired person would burn fewer calories, despite walking just as long.

Shutting off the TV or computer an hour earlier means an hour less munching time. It could also improve your metabolism. It could even leave you with more energy to exercise. Definitely, these are propositions to sleep on.