I was a cross-country runner and track runner in high school and took a five-year break before starting up again. When I signed up for my first 5K, I went through a number of items that would hold my phone and keys, including two armbands and two other uncomfortable running belts, before setting on the FlipBelt , which I’ve been using for three years (with frequent washing, I promise).

I briefly joined a running group and noticed that a fellow new Brooklyn runner had a FlipBelt around her waist in 2018. I’m easily influenced by the people around me and ordered one on Amazon after I got home. My purple FlipBelt was everything that I wanted to be. 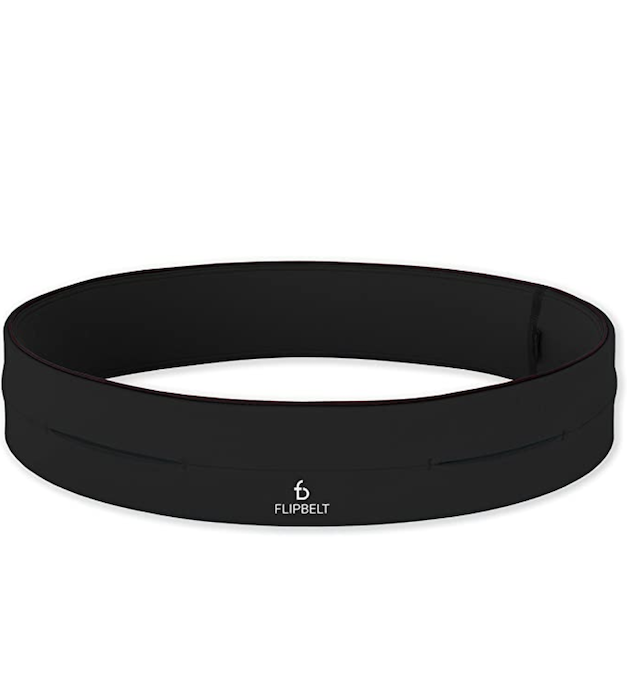 It fit snuggly around my waist—but not so tight that it was too constricting. It had a stretchy tie and plastic carabiner to secure my keys to, which kept me from panicking about losing my keys in the middle of a 5-mile run. There are four openings, two on the front and two in the back. In the middle of the run, it’s easy for me to dig around in the pocket and grab my phone to change to a more motivating song on my Spotify playlist.

I wore it when I ran my first-ever (and so far, only) half-marathon. It was an unseasonably cold and horribly rainy day in May. The most miserable day to run a half-marathon, honestly. It held cash, my subway card, my phone and my energy liquid gel, and nothing fell out. It went all 13.1 miles with me and was never irritating.

I’ve run with the FlipBelt in all seasons (including last week in the hot heat) and the belt itself never gets very sweaty — though the shirt underneath it does collect sweat. I throw it in the washer every few weeks and allow it air-dry.

And if I forget the belt at home, I’m devastated. It almost ruins my run. I’ve become so spoiled not having to run with anything in my hands. I’d recommend it to any runner—new or seasoned.

Right now, the FlipBelt is 15 percent off on Amazon . It comes in sizes ranging from XX-Small to XX-Large. The FlipBelt also comes in a variety of colors and patterns, including tie-dye, solid black, bright aqua and hot pink. It’s a long-lasting purchase and totally pays for itself, considering how many runs I’ve taken it on.