We all know the importance of staying hydrated, especially now that it’s warmer outside, but how much water do we actually need to drink in a day in order to stay properly hydrated? The answer to this question isn’t actually one-size-fits-all (in fact, it’s not the same for men and women). “Based on official guidelines, the numbers are given in liters,” Professor Stavros Kavouras, Director of the Hydration Science Lab at Arizona State University tells SheKnows. “Adult females should drink 2.7 liters (about 11.5 cups) and adult males should drink 3.7 liters (about 15.5 cups). So, for the males, it’s close to almost one gallon of water per day.” For people wondering how they’re supposed to drink a gallon of water a day, Professor Kavouras puts it in perspective, noting that a lot of water we get throughout the day comes from foods as well, such as bread, fruits, vegetables, sauces and soups, to name a few.

“Some people take these numbers and they get terrified and think ‘I cannot drink a gallon of water per day. If I drink a gallon of water per day, I will be in the bathroom every 20 minutes.’ But in reality, if you include the water that you will ingest with your food and translate that amount into ounces then that number is equivalent to eight glasses of water per day for females and 12 glasses of water per day for males.” But as Professor Kavouras points out, there are definitely cases when one may need to drink more water, especially if you’re in a massive sweat-loss situation. In honor of National Hydration Day on June 23, we’re giving a full break down of how much water you should actually drink in a day, depending on your circumstance.

If you’re pregnant or breastfeeding

“Pregnant women should be getting about 2.7 liters (about 11.5 cups) of hydrating fluid a day,” Dominique Weiss, Founder and Lactation Consultant at The Baby Zone, tells SheKnows. “Hydrating fluid is water and anything with electrolytes, but that doesn’t include iced coffees or teas, which are actually dehydrating. Anything with electrolytes is going to be better suited for hydration so you can think about the waters that are pH balanced such as Smart and Essentia water brands, as well as coconut waters, which are excellent for pregnant moms.” And for lactating moms, Weiss recommends taking that number up to three liters per day.

“I love almond milk for my lactating moms because almonds are galactagogues. Galactagogues are ingredients in foods that promote lactation. During pregnancy, the body will actually rob from the maternal stores to give to the kids, to make sure that the fetus has all the nutrients and essentials that it needs, but as soon as the mom delivers the baby, the body goes back into self-preservation mode, which means that the body will rob from the breast milk to give to mom — so if mom is dehydrated, one of the first things that she’ll notice is that her breast milk production slows.”

If you’re a soon-to-be mom or just started breastfeeding and are looking to add more water into your daily routine, try using the Stanley Quick Flip GO Bottle . It’s great for carrying on-the-go as it fits in most cup holders and it’s designed with a push button that opens the mouthpiece on top so you can easily drink from it while breastfeeding as we know moms have their hands full. This bottle can also be helpful to have on-hand as your kids get older. Your children’s daily water needs will vary based on their age, gender, physical activity level, health and temperature level, but on average children between the ages four and eight should drink seven cups of water a day. Boys between the ages of 9 and 13 and girls between the ages 14 and 18 should drink about 10 cups of water per day, according to the Women, Infants and Children (WIC) Works Resource System. 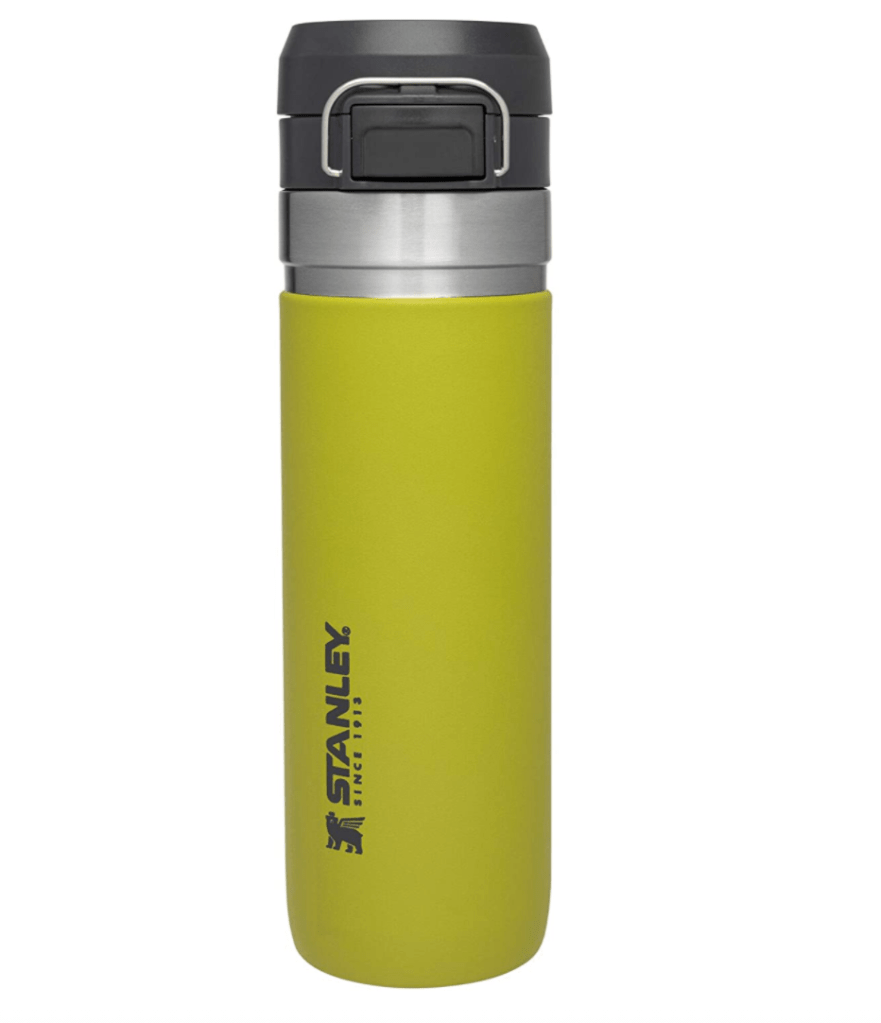 If you’re exercising or spending your day in the heat

If you’re exercising in the summer or in a warm environment doing a moderate intensity workout, you might be sweating between one to two liters per hour, which translates to roughly two to four pounds of water loss per hour, according to Professor Kavouras. While there isn’t a hard and fast rule for how much you should drink based on if you’re exercising or in the heat, there is a way to calculate it based off of how much you sweat. “You can estimate how much you sweat, very easily based on looking at your changes in body weight,” says Professor Kavouras. “With this acute change in body weight, what you’re really losing is water.”

And other experts agree. On the Hydration Myths episode of the Food Heaven podcast, founders and dietitians, Wendy Lopez and Jessica Jones talked to Whitley Atkins, a PhD candidate in Exercise Science at the University of Arkansas, about how much you should drink during a workout. “The best way to know how much to drink during exercise is to know how much you’re losing,” says Atkins. “For people who have access to a scale, it’s so easy to do. All you have to do is weigh yourself before exercise, keep up with what you drink and when you come back from exercise, weigh yourself again. So you weigh, exercise and weigh and if you drink liquid in between you have to know how much so you know exactly what you should be replenishing.”

In order to make sure your body is properly recovering after a workout, you should drink at least 50 percent more compared to what you lost. “So if you lose two pounds, you’re supposed to drink three pounds of water. And that will ensure you get a rapid recovery,” says Professor Kavouras. For those in need of a water bottle that fits their hydration needs, the 20-ounce Stanley IceFlow™ Flip Straw Tumbler is the way to go. It’s great for athletes or anyone who needs to stay hydrated throughout the day as it includes a built-in flip straw for portability and convenience and vacuum insulation to keep your water cold for hours. 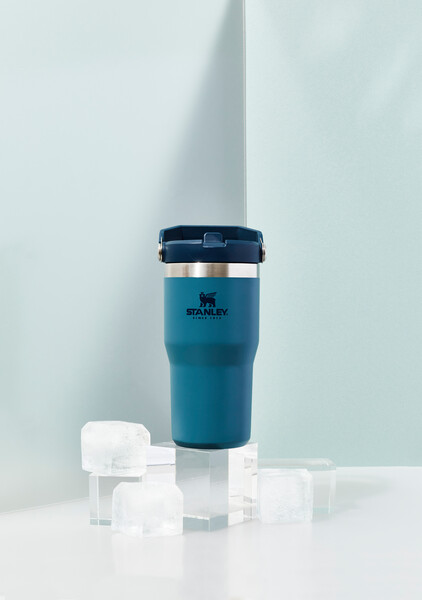 When you’re sick, the most important thing is to listen to your body. Because as Laura Poland, licensed dietitian and registered nutritionist at Dietitian In Your Kitchen, notes it may be difficult to keep fluid down if you don’t feel well. “You want to try to consume fluids when your body will allow you to consume fluids — but you also have to listen to what your body is telling you or you’re just going to lose fluids as quickly as you consume them,” Poland tells SheKnows. “Sometimes it helps to take small sips of water to see what’s tolerated.” While there is no exact formula for how much people should drink when they’re sick, the best way to see if you should drink more is by looking at your urine. “If your urine is a pale yellow, you are right on target,” says Poland. “But if your urine has more of a deeper color to it, that indicates that you might be dehydrated.”

For those who are sick, Poland recommends drinking something bubbly if you have an upset stomach or 100 percent fruit juice. She also suggests consuming non-solid foods to help you retain more fluid. “Don’t discount getting some fluid from your food,” says Poland. “One trick when you’re sick is to consume things like jello and broth. Those are good, especially broth because it can actually help you retain fluid due to the sodium. The water will follow the sodium and it can actually help you retain some fluid a little bit more.” 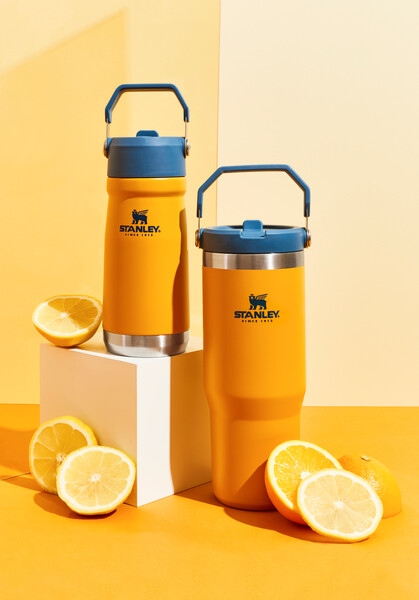 This article was created by SheKnows for Stanley.