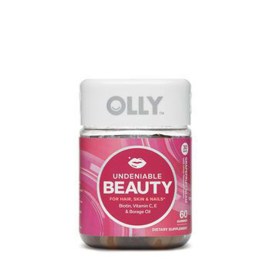 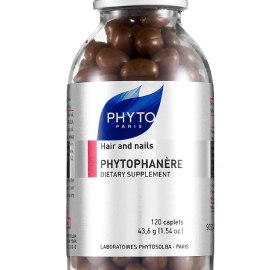 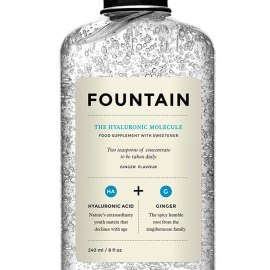 In case you didn’t already guess it, Kelly Ripa doesn’t have any hang-ups about getting older or turning 50. The Live with Kelly and Ryan is celebrating the half-century milestone birthday on Friday, October 2 and says, despite the pandemic throwing off her original birthday plans, she is feeling stronger, healthier and better than ever (yes, even better than she felt at 30).

SheKnows caught up with Kelly earlier this week to wish her a happy birthday (yay Libras!) and to find out all about her latest health obsession, getting her kids into vitamins as young adults and what’s next for her health and wellness goals in the next half-century of her life.

“You know, I’ve never obsessed over my age,” Ripa tells SheKnows. “I like the idea of getting older because the alternative is not good.” (Real.)

She says that, as she’s gotten older, she’s found that so much of her health and wellness goals come down to being really conscious of what she’s putting in her body and building on the things that naturally feel good for her and her family.

“So, for me, it’s just about living better, you know? I’ve always been very fit. I’ve always been very conscious of my exercise routine. I think I have a very strong work ethic — so do my kids and so does my husband,” she says. “And I think the older I get, what I have come to realize that it’s not just my trainer telling me, it’s not just all of the nutritionists that we’ve had on our show that tell us: The older you get, the more it becomes plainly clear that what you put in your body is more important than everything else you do. So it’s really about a clean lifestyle, eating healthy and taking my nutritional supplements.”

She says that last part — remembering to actually take those supplements and commit to her vitamin routine — was one of the things that she was always pretty bad at. That’s changed for her since she’s begun using personalized vitamins from Persona, which she’s totally obsessed with.

“It sounds so canned or phony to say this, but my life changed,” Ripa says. “I felt better almost immediately. I sleep through the night, I don’t have indigestion all the time and I am convinced it’s because I took this assessment, listed what my concerns were and what I ate and they put together what I needed. They filled in my gaps for me.”

Kelly says that since becoming a supplement true believer, her family has taken notice — including scoring her some extra compliments from husband Mark Consuelos (though we’re sure he’d be paying them either way!)

“My husband, when we were in lockdown together before he went to Vancouver, he said to me, ‘like it’s amazing, your skin is so shiny,'” she says. “And I understood what he meant.”

(A “wow, your skin looks amazing/glow-y!” compliment is one of the best one’s to receive. These are facts)

“I can’t really describe it to you, but when you feel good and when you’re eating right and when you’re feeling healthy, something happens,” she says. “There’s like a shininess to my skin and hair. And I’m convinced it’s because of my supplements.”

“I was like ‘okay, I am getting to the party late.’ I had always, with my kids, I had always like gone into the Vitamin Shoppe, overwhelmed, and picked out usually the closest thing to the exit and  gave it to them,” she says. “But really it’s like this: They are also different and I’m so different from them. We’re all such individuals that our needs are all very different and our concerns are all very different. And so I think that’s the thing that I feel has made the biggest difference.”

It’s also helped, she says, to be able to give them the control of getting the supplements that fit with their lifestyles and needs while also being able to “lead by example” (which is a great way to help older teens and kids learn to take care of their own bodies as parents hand over the reins.)

“I think that they like the control of being able to pick out what they want when they take their assessments. I mean, my son was concerned about his skin. So he takes a supplement for his skin because — at the time he was now 16, now he’s 17 — he was worried about acne,” she says. “And I think that kids, oftentimes, the parents are in control of so much of their lives and when they reach a certain age and they want to have a certain amount of autonomy.”

As for Kelly, she says that she’s reached an age where she’s really focusing on maintaining the level of health she’s been feeling. Because it feels pretty damn good.

“I would like just more of the same. I would like to maintain — because I feel like I’m at an optimal level of health and wellness and I would like to maintain that. For me, this a very big if, but if I could maintain my health now and keep everything as it is right now and lock it in for the rest of my life? I would,” she says. “Obviously, that’s not going to happen because we do age. We do change. But right now? I feel better than I’ve ever felt in my life. I feel better now than I did when I was 30… So I think that whatever it is I’m doing is the right thing for right now. “

She adds that, heading into 50, there are definitely some other unsung benefits she’s embracing — like getting to fully own your hard-earned IDGAF attitude and just do you.

“It’s like mentally liberated,” she says. “The older you get, the less you are concerned with other people and what they think of you. I’m like, I got this. I can do this.”

Before you go, check out our favorite powerful quotes to inspire healthy attitudes about food and bodies: