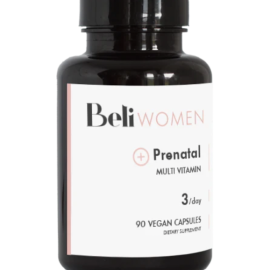 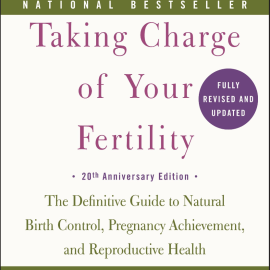 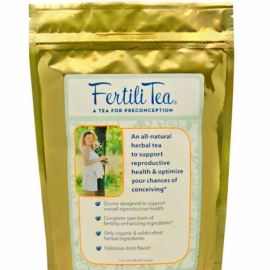 “And the big joke is, I spent my entire twenties worried that I’d get pregnant and I could have been screwing everything in sight.”

“I should have been so lucky to get pregnant by mistake.”

Sex and the City has given at least two generations of women the tools they need to advocate for themselves in one of the most vulnerable areas of their life; sex and relationships, and what can come from both. For Gen X, the seminal sitcom perhaps confirmed the sentiments and situation-ships of their female viewership who were watching funhouse mirrors or even exact replicas of their own lives in the antics of Carrie, Miranda, Charlotte, and Samantha. For Millennials like myself, the characters served as a satirical warning of what was to come.

But much like the book, What to Expect When You’re Expecting, some things you don’t really learn until you experience them for yourself; no matter how many books you read, documentaries you absorb, or shows you nod your head to as the created characters speak didactic truth to your entertainment seeking spirit. Sex and the City broke barriers with its plot lines that mirrored reality. Dating. Relationships. Marriage. Abortion. Infertility. Plot lines that, until they were displayed on screen in the lives of fictional characters, were almost absent in conversations among real life women. And, even then, only so much of complex issues like infertility can be interrogated in a 30 minute show.

It’s been almost 20 years since the aforementioned “Coulda, Woulda, Shoulda” episode of Sex and the City. Since then, the topic of infertility has been tackled more in primetime television — in both scripted and reality shows — but what is missing from the conversation is practicality.

As women, we are warned from the time we get our first period to not get pregnant. The possibility of fecundity strikes fear in mothers and daughters alike, that is until the daughter is grown, and the mother is itching for grandchildren. Then the conversation changes:

“When do you plan to have a baby?”

“Don’t you want to have another baby?”

Women decry uterus-watching the way men deride cock-blocking. But in our patriarchal society, accomplished women are invalidated if their successes do not include a husband and at least one child. By that same token, our patriarchal society penalizes women financially if they do have children. These binaries help to explain why more women are waiting longer to have children. Facing a wage gap between 28 and 50 cents less then men — depending upon race and ethnicity — it makes sense that women are outpacing men in seeking advanced degrees or striking out as entrepreneurs in an attempt to level the financial playing field and secure a stable economic foothold before giving their entire beings over to having a child. However, there’s no amount of advanced degrees that can compete against biology.

While modern medicine and technology have caught up with our current culture of women who wait to have babies or experience infertility for a myriad of reasons, it is by no means cheap. In-Vitro, having a gestational carrier or surrogate, and even adoption all come at a cost.

The average cost of In-Vitro is between $12,000 and $17,000. However depending upon the number of cycles and what is or is not covered by insurance that average cost could skyrocket well into the six figures. Similarly, securing a gestational carrier or surrogate costs between $75,000 and $150,000 because you are paying not only for their medical expenses but also their living expenses and salary while they offer up their body to birth a child that does not belong to them. Finally, private adoption is also an option for people wanting to raise life, but those costs range anywhere from $25,000 to $70,000 depending on the state or country you plan to adopt from and the race of the baby.

These costs to have a child the non-traditional way automatically price out some people and families from their own natural inclinations to be fruitful and multiply. While we ogle over Gabrielle Union, Dwayne Wade and baby Kaavia, what we are not considering is how different their story would be if they were not who they were? Forever First Lady Michelle Obama discussed her infertility issues in her bestselling memoir, Becoming, describing herself and then Illinois State Senator Barack Obama as “inordinately lucky” that her health insurance would cover most of the bill for the treatments that produced Malia and Sasha.

“It felt like having a high-stakes lottery ticket, only with science involved,” she wrote. But just like the lottery, you lose more often than you win. Be it patriarchy, the desirous need for equality, or pre-existing reproductive health conditions, women have been forced into a high stakes lottery against genetics where they may lose more than they win, or worse yet be priced out of even playing.

I had my first child at 28. I am now 34 and am feeling the pressure from my mother, in-laws, and my own body that says “you need to do this now while you still can.” In conversation with my brunch buddies I hear the pressure in their own dialogue:

“My mom already has plans for the baby I ain’t even have yet. She said that’s going to be her road dog.”

These conversations illustrate the pressure we feel as accomplished, professional women to have that external sign of femininity and womanhood. The trophy society has taught us to covet until we can call it our own no matter what the expense; be it our own health or economic well-being.

Children are amazing, wonderful, expensive little buggers you must plan and pay for both before and after birth. The latest assessment from the U.S. Department of Agriculture found that it costs on average $233,610 to raise a child to 17. This does not include pre-birth costs, fertility treatments, college, or expenses parents incur from their adult children. It is time we stop romanticizing children and child-bearing as miraculous marks of nature and see them and the process of having them for what they are: a roulette of love and economics of which the right combination could allow you to “win” big, but at worst “crap out.”

As First Lady Michelle Obama said, “Fertility is not something you conquer . . . There’s no straight line between effort and reward.” It is instead more of a business that combines the flighty yet complex combination of love and relationships, with present genetic conditions, and  current and future earnings to yield a baby you may or may not be able to or even want to have.