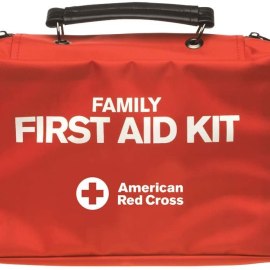 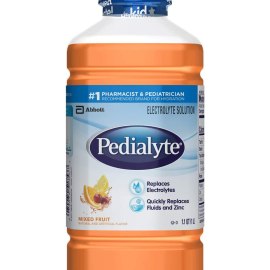 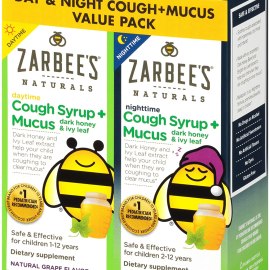 Following claims from President Donald Trump in recent weeks that a vaccine for the novel coronavirus could be possible by October of this year, Joy Behar (a longtime critic of Trump’s presidency) said on The View that she wasn’t confident in that timeline — given historically how much time it takes to find a suitably effective and safe vaccine, test it and get it approved for distribution — adding that she would only consider a hastily approved vaccine after the President’s daughter, Ivanka Trump, gets it.

Related story Pharmacists In the U.S. Can Now Administer Childhood Vaccines, But Doctors Worry It's 'Misguided'

“As far as the vaccine is concerned, I’d like to inform America, in case we don’t know this because I looked all this up for you, the mumps vaccine took four years, the polio vaccine took 20 years and the smallpox vaccine took a few centuries,” Behar said. “It was developed initially in 1796 … and it became useful in the 1950s. OK? It’s not a simple thing to do. He will push anything to get reelected. Don’t fall for it. And by the way, I will take the vaccine after Ivanka takes it.”

AMERICA’S DISTRUST IN COVID VACCINES? After a vaccine trial halted following an unexplained illness, the co-hosts discuss their thoughts on getting vaccinated for the novel coronavirus once one becomes publicly available. https://t.co/nKZl5plPXC pic.twitter.com/H5f3jLMAs8

In response, Trump took to Twitter and responded by saying “Deal,” @-ing Behar. “I would come on your show to do so. I trust the FDA and so should all Americans. Vanquishing this virus should be our collective top priority.” SheKnows reached out for comment via email and White House spokesperson Carolina Hurley wrote “her comment is the tweet itself. When there is a vaccine approved by the FDA, if Joy is afraid to take it — Ivanka will come on to take it alongside her.”

Playground squabbles between non-scientist personalities aside (which are plenty fun, we suppose but not really helpful from a medical perspective), the idea that we could get a safe, (US Food and Drug Administration) FDA-approved and functional vaccine in the very near future — like on proposed “by October”  timeline —  is one medical professionals have been critical of, for the most part. Particularly with recent statements to the Financial Times from FDA Commissioner Dr. Stephen Hahn saying the agency may consider approving emergency use authorization/approval prior to Phase 3 trials being complete, the concerns about being overly optimistic of a rapid vaccine are very real.

“Developments in the United States are showing the dangers of runaway optimism,” Kent Sepkowitz, CNN medical analyst and a physician and infection control expert at Memorial Sloan Kettering Cancer Center in New York wrote in an Op-Ed on Thursday. Citing numerous instances where vaccines were prematurely administered, he notes that “If rushed, the likeliest result of October vaccinations of whatever product is used will be November fevers and sore arms and headaches — and perhaps even lawsuits and actual harm. Any politically motivated grab for a quick fix once again will be stymied by reality.”

While there are moral and financial incentives to quickly providing a vaccine (particularly among the companies racing one another to develop it, a number of biopharmaceutical companies have signed a pledge to prioritize science and safety over speed in this mission.

“…The undersigned biopharmaceutical companies, want to make clear our on-going commitment to developing and testing potential vaccines for COVID-19 in accordance with high ethical standards and sound scientific principles,” per the pledge. “The safety and efficacy of vaccines, including any potential vaccine for COVID-19, is reviewed and determined by expert regulatory agencies around the world, such as the United States Food and Drug Administration (FDA). FDA has established clear guidance for the development of COVID-19 vaccines and clear criteria for their potential authorization or approval in the US. FDA’s guidance and criteria are based on the scientific and medical principles necessary to clearly demonstrate the safety and efficacy of potential COVID-19 vaccines. More specifically, the agency requires that scientific evidence for regulatory approval must come from large, high quality clinical trials that are randomized and observer-blinded, with an expectation of appropriately designed studies with significant numbers of participants across diverse populations.”

Before you go, check out our favorite all-natural cough remedies for kids: