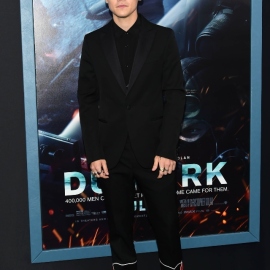 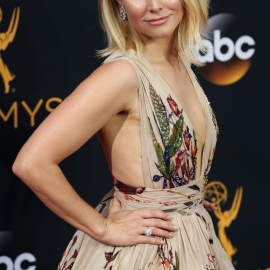 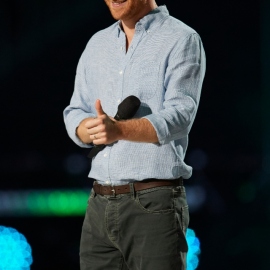 These Celebrities Are Totally Open About Seeking Therapy 19 Images

Ahead of a documentary Robin’s Wish about his death, Robin Williams’ widow shared that he had been living with Lewy Body Dementia (LBD) toward the end of his life, which ultimately led to the couple feeling they were “chased by an invisible monster” by the difficult to diagnose neurodegenerative disorder.

Related story Is Your Mom Showing Signs of Dementia or Just Getting Older?

The condition, according to the Alzheimer’s Association, is common type of progressive dementia (second most common after Alzheimer’s disease, with 1.4 million people experiencing it). It occurs when protein deposits (which are called Lewy bodies) develop in different nerve cells in the brain — it can lead to cognition and memory issues, changes in the way a person walks and balances, sleep issues and vivid hallucinations.

Lewy body proteins are also associated with Parkinson’s and patients with them can often have the “plaques and tangles” seen in Alzheimer’s patients, according to the Mayo Clinic. “Many people with Parkinson’s eventually develop problems with thinking and reasoning,” according to the Alzheimer’s Association, “and many people with Lewy body dementia experience movement symptoms, such as hunched posture, rigid muscles, a shuffling walk and trouble initiating movement.”

What are the symptoms of Lewy Body Dementia?

According to the Mayo Clinic, symptoms for LBD include:

LBD can be an elusive and complicated diagnosis

“Robin Williams struggled with getting the right diagnosis, which repeatedly parallels the experience we hear from people with LBD and their loved ones who call our helpline,” Norma Loeb, executive director of the Lewy Body Dementia Resource Center, said in a press release. The condition

One of the main complications with LBD, according to experts, is how difficult it can be to accurately diagnose. The earliest symptoms are similar to a range of other conditions from Alzheimer’s to Parkinson’s to depression. “

“Being misdiagnosed can be dangerous because people with LBD are sensitive to medications, and the wrong drugs may cause severe reactions such as hallucinations or worse,” Loeb adds. “The correct diagnosis is crucial to a better quality of life.”

Noting that high profile patients like Williams and Ted Turner (who also opened up about his diagnosis with LBD) who have access to high quality care are still struggling, the filmmakers and advocates for the disease believe that raising awareness and giving a better idea of what this disease looks like and how families and caretakers can best support their loved one experiencing it.

“Although an estimated 1.4 million Americans have been diagnosed with LBD, many more may be experiencing symptoms without having reached a diagnosis,” Loeb said. “Since even those with excellent medical care often struggle to reach an accurate diagnosis, it’s crucial to raise awareness of Lewy Body Dementia to help all individuals find timely and appropriate treatment.”