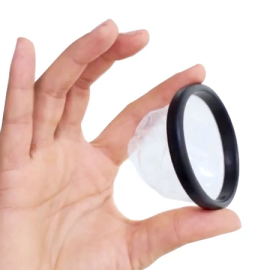 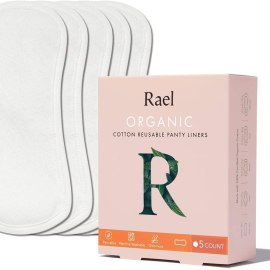 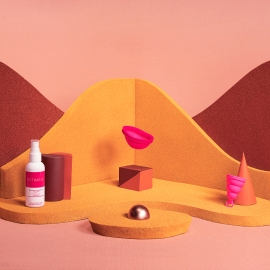 One thing we all love about Busy Philipps — in addition to being a ride-or-die for women’s health, a hilarious talkshow host and actor and hardcore relatable mom — is her unabashedly #nofilter attitude about being a human living in a human body. Whether it’s talking about freeing the tampon on the stage of BlogHer Health or testifying about abortion rights before congress, Philipps uses her platform to consistently drop-kick the shame and stigma that so many of us have been raised with in a way that’s fun and deeply satisfying to hear.

Related story If You're An ‘Almond Mom,’ You're Damaging Your Children, Period

So it’s not a surprise that Philipps teamed up with Poise for their campaign all about fighting through “an era of fake news, Instagram filters, diet fads and short-lived trends” to find radical honesty: “It Takes Poise.” The well-known femme-care brand has taken steps to make an impact on all sorts of stigmas affecting women’s bodies — including using yellow liquid (instead of the blue or green nonsense-colored stuff) in their commercials to normalize the reality of bladder leakage, which is just part of life for one in three women.

SheKnows caught up with Philipps to chat about why she wanted to team up with the campaign, the things she wish someone told her about peeing yourself postpartum and how she tries to instill positive body attitudes in her own kids.

“Obviously, I’m very open and interested in continuing to talk about all kinds of different women’s issues. And, you know, when Poise was telling me that one in three women experiences bladder leakage, I was like ‘oh yeah, no, I’m that — because I had two kids.’ And after my second one I was very surprised that I all of a sudden was like sneezing or coughing too hard and I would leak,” Philipps said. “At the time, I felt like no one was talking about it. Well, they weren’t. No one does talk about it because there’s this whole thing that surrounds it. And when I was a young woman, I remember, before I had babies, thinking that having a pad for bladder leakage is something that happens when you’re a very old woman. Like I thought that you had to be a grandma basically for that to happen. And then I was 34 years old and couldn’t laugh too hard! And I wish I had known because I do feel like it was a little bit ‘suffer in silence.'”

Those feelings can be deeply isolating — you feel like your body is changing, somehow no longer your own and malfunctioning — and don’t really have a read on what “normal” is supposed to feel like anyway, while also feeling shamed out of talking about it. And that’s something Philipps is so passionate about fighting.

“But like this is normal? And there’s products that can help you so that you’re not uncomfortable? You can go to your workout class and do jumping jacks while you’re trying to get back into the swing of things. I really wish I had that information, so I’m happy to join them in their crusade of getting the word out,” she said. “A lot has shifted in the last decade or so. It’s the benefit and joy of social media that so many people have been able to speak to issues that have affected them — both postpartum and just as humans. And I think that having that kind of connection and that innovation can be really valuable and helpful for so many reasons. Like, I didn’t know that postpartum anxiety was a thing, which I had after [my first child] was born. I really, really struggled for over a year basically with that and it made things very difficult for me. I think that it’s so wonderful that so many people have been so vocal on social media and just publicly about their own experiences with all kinds of postpartum issues — so that women who are going through it for the first time have a better awareness and understanding about what they can really expect, you know?”

As a mother, Philipps has done her best to live and parent by her own principles — setting open communication and helping create an environment where her kids are spared so much of the shame and stigma.

“We’ve always had open lines of communication. We talk about things very openly and freely in our home and my husband and I have always been on the same page in terms of how we have decided to raise our kids in that way. But also, you know, I really make it a point to live the things that I say to them,” she said. “I made a lot of decisions very, very early on that I would no longer talk about other women’s appearances in my home and then have tried to really curb it outside of my home with friends and things.”

But obviously there’s no way to totally unlearn a lifetime of complicated scripts we’ve all internalized (as women, as parents, as humans).

“You know, you do the best you can,” she said. “In front of my daughter I try to never let my own insecurities that have been perpetrated on me since I was a child, because of the patriarchy, inform how I parent. That means I’m like never talking like ‘I didn’t feel bathing suit ready at a pool party,’ never doing that thing like ‘oh no, you can’t take my picture. I don’t look good.’ Like eliminating that whole thing from my vocabulary. I’m never speaking about any of those insecurities and I’ve really put it in practice. It wasn’t easy in the beginning, but luckily they were very tiny and now they’re really aware.”

She recalls one time when one of her kids was little and found a tampon and was curious about what exactly the thing was (which, to some parents, might be an uncomfortable or, depending on the setting, mortifying experience. Instead, she found an age-appropriate way to explain that some bodies menstruate and that it ultimate is a cool part of growing up in a body with a uterus. (Three cheers for period-positive parenting!)

“So then a few years later she was like ‘what is that thing again?’ And I explained to her what periods are and she was like ‘oh cool, that’s really cool,'” she said. “Now, as the kids are getting older and we’re we’re getting to the age where all the women’s health stuff really starts — you know, puberty and everything — I also try to impress upon them that while there could be elements of health (and especially in our reproductive health) that can sometimes be uncomfortable, the great news is there are so many amazing ways to sort of mitigate that part of it. And, it’s awesome because we’re women. I’m trying to really empower them with that message as well.”

Looking for more eco-friendly period products? Check out some of our favorite earth-loving menstrual products: