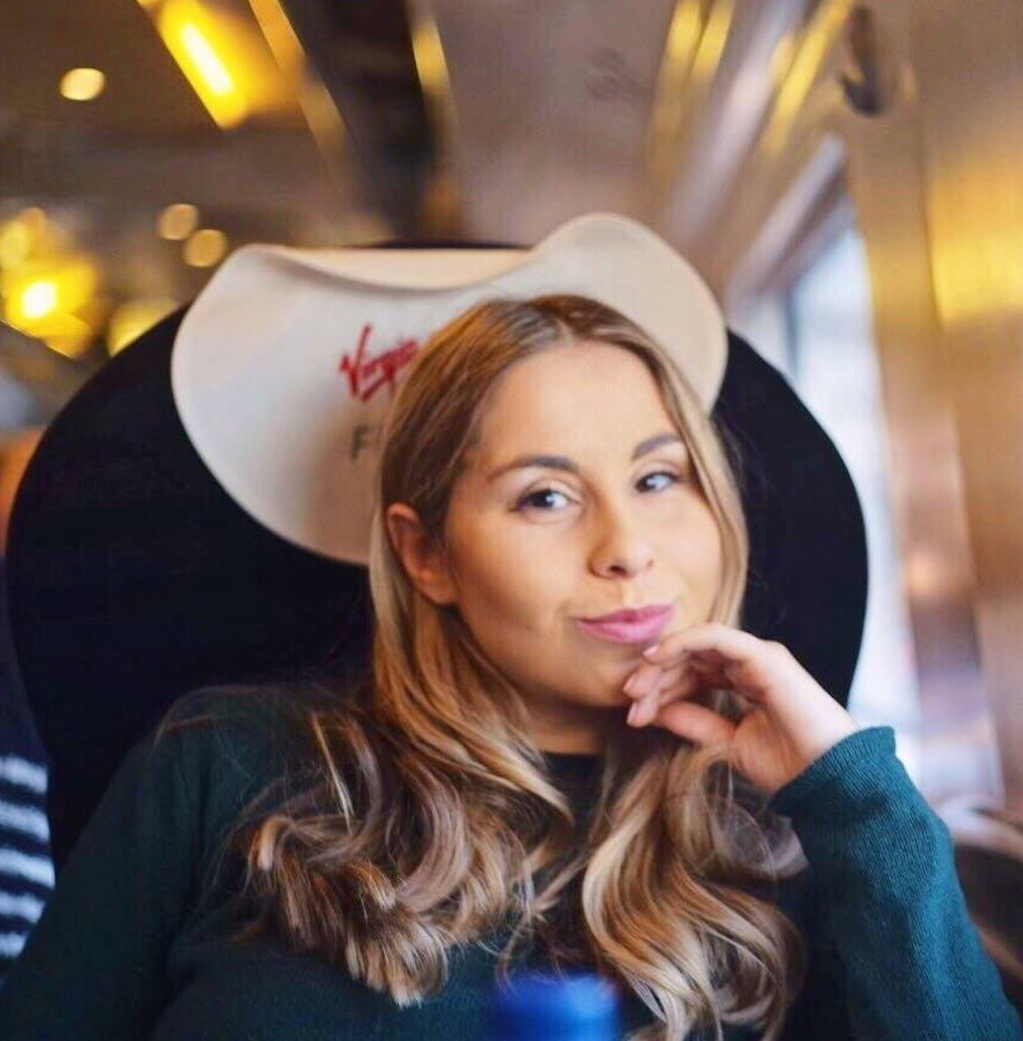 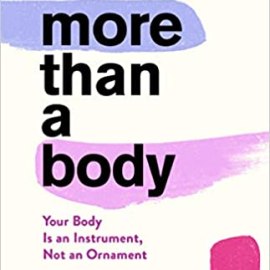 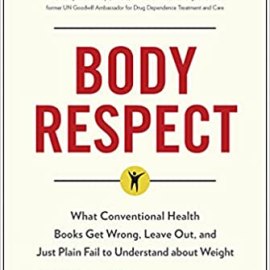 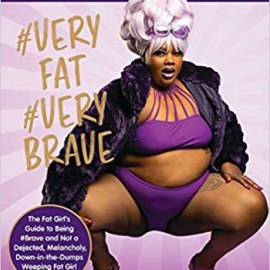 By now we all know that diet culture is such a pervasive phenomenon that even during a completely unprecedented time in many of our lifetimes (like a global pandemic), people are still obsessed with weight gain. There are two sides to this coin: those who make jokey remarks about how “fat” they’re going to get during isolation without considering the consequences of their words, and those with a history of serial dieting or disordered eating who are genuinely distressed by the thought of eating more and exercising less while staying at home.

SheKnows spoke to dietitians and people who have been struggling with distressing thought patterns around food and exercise, to help you figure out how to make peace with weight gain — during social distancing and in the long term — and be more considerate of those around you when discussing it.

Why people are so afraid of weight gain right now

Thanks to diet culture and the cult of thinness, we’ve all collectively been taught that living in a larger body is something to avoid at all costs. “We have been taught, especially as women, that the appearance of our body is our only contribution as humans,” Kirsten Ackerman, a non-diet registered dietitian, tells SheKnows. “It is no wonder so many women dedicate their entire lives to trying to be thinner.”

So when we’re forced into a situation where it’s very possible that we might gain weight, since we’re exercising less and often eating for comfort or out of boredom, this sends a wave of panic through many of us, whether or not we have a history of disordered eating. And there are other very human knee-jerk reactions at play here, too. “As painful as body fixation can be, it is often easier and more familiar than facing the unknown head on,” Ackerman says.

That’s exactly what’s happening to Erin Levine, who battles both anorexic and bingeing thoughts, and has been feeling “utterly out of control with everything” since she began self-isolating, and has felt that the food she eats is the only thing that she can control. “Right now, people that are suffering from eating disorders are going through some major hurdles,” she says. “[There’s] the idea that there won’t be any food, so we have to restrict, or the idea that there is no normalcy and we need comfort, so we have to binge.”

One of the major problems with the fear of weight gain, besides the very real anxiety and distress it can cause us, is that it’s inherently fatphobic. What we’re saying when we say, “Oh no, I’m going to get fat,” is that to be fat is to be less-than. It’s discriminatory towards fat people and triggering for those recovering from eating disorders or associated behaviors. “At a cultural level, rampant fatphobia is responsible for our fears of weight gain,” Ackerman says. “We know that fat people aren’t treated well in our culture. And so of course we fear weight gain. Underneath all the layers of our fear or weight gain is a fear of not being loved and accepted.”

How you can make peace with weight gain

The fear of weight gain hasn’t popped out of thin air just because we’re staying home for the foreseeable future — it’s a fear many of us always carry around, consciously or unconsciously, that is suddenly exacerbated by this dramatic shift in our routines. And if gaining weight is something you’re afraid of, it makes sense: it’s very possible you might put on some weight while the coronavirus crisis lasts. “It is even more likely to impact body size if we have been engaging in restrictive behaviors around food or overexercise previously,” Ackerman says. That means you might actually be confronted with some of your behaviors that are consistent with dieting, that is trying to make sure you stay or become thin.

Unfortunately, there is no quick fix. If you want to be OK with weight gain now, you have to be OK with weight gain always. You have to do the work to overhaul your belief system around what it would mean for you if you were in a bigger body. “Fat is considered unhealthy, unconscious biases are in us,” Dalina Soto, a bilingual registered dietitian and founder at Nutritionally Yours, tells SheKnows. “For many it is very difficult to think that we are part of a society who treats people like this based on a number on the scale. But this goes the same for racism and homophobia, [just] because it doesn’t affect you, it does not mean it is not real. Realizing these issues is the first step into letting go of the fear of weight gain.”

Making peace with weight gain takes a huge amount of work, and is far from straightforward. “Start with compassion and gentleness for yourself,” Ackerman says. “Allow yourself to feel the uncomfortable feelings that arise. Ask yourself what you believe being in a smaller body would give you. Consider how you might give that to yourself now, in your current body. At the core of making peace with weight gain is rebuilding your relationship to yourself.”

One of the other most powerful ways to start dismantling fatphobia is to listen to others. “It is important to seek out information from those who are the most marginalized and who have been most affected by the harmful messages around bodies,” Ackerman says. “Connect with some of the many activists that are offering their work for free online through Instagram, Twitter, and podcasts.”

How to cope with the fear of weight gain during isolation

While you begin to unlearn your behaviors that stem from diet culture, you’ll still need to come up with tools to cope right now. For Levine, speaking to her dietitian is a great help. “She reminded me that we need to acknowledge our eating disorder brain, but we don’t have to do exactly what our eating disorder brain wants us to do,” Levine says. “It takes a lot of effort sometimes for my logical brain to override the insane demands that my anorexic or binge brain spews at me. But I’ve found that while I can’t turn them off, they do deserve to be heard. Listening to them makes the voices quiet down a bit. But only listening, not obeying. Also I’ve been playing a ton of Animal Crossing and The Sims. That’s super helpful!”

Having to stock up on enough food for one to two weeks during self-quarantine can be tough to navigate, especially for those with a history of disordered eating who now find themselves in constant proximity to the kitchen. There’s no one-size-fits-all solution, but for Francesca Baker, who has had anorexia for 15 years, meal planning is helpful. “I’ve been doing a big shop and getting in all the food I will need for a few days,” she says. “If I have the food in the cupboard, it’s much harder for me to think about skipping a meal — there’s no easy excuse.” Baker also says that going out for a walk once a day has been important for her mental health.

Lastly, while the fear of weight gain can be extremely anxiety-inducing and isn’t something we can easily dismiss, it is worth putting it into perspective. “My mother is a healthcare worker who is working 15-16 hour days, and is at constant risk of exposure,” Danni Kosturko, who struggled with an eating disorder when she was younger, tells SheKnows. “My brother is having a hard time with his anxiety around everything that is happening. I still have 3 grandparents who are alive, and very worried they might not get to see their grandchildren again. During this time, my focus is on my loved ones, and myself.” Kosturko says she feels privileged to be able to take her focus off of her weight in order to keep herself in a healthy mental space, and knows that this isn’t available to everyone.

Jenny Stallard, whose “default” is to think about controlling her weight — especially around certain events like music festivals and her recent engagement — has found it hard not to feel guilty about her eating and exercise habits since isolation began. “I am trying to be kind to myself,” she says. “To tell myself I am ‘normal’ and weight gain would be OK. That I am lucky to be healthy and have a home.”

First of all, think before you speak. If you’re thinking of saying something you wouldn’t say in front of your fat friend, then it’s probably fatphobic and you should keep it in. “Associating fat as a feeling can be very triggering,” Soto says. “Saying things like ‘I feel fat’ can trigger someone who is recovering. Skipping the judgmental talk of any kind is key, whether it’s labeling [food as] good or bad OR thinking of working out in terms of burning calories.”

Jokes about gaining weight or “getting ripped” during quarantine are especially inconsiderate. Levine has heard the phrase “Quarantine 15” thrown around — a reference to the “Freshman 15” — and has spoken out about it on her Instagram. “The whole ‘Quarantine 15’ thing goes back to the idea that it’s somehow shameful to be gaining weight, despite the world being under some extreme duress right now. Honestly, who cares if you gain weight during this time?”

But that doesn’t mean that your feelings aren’t valid and that you should never talk about your anxiety around weight gain. “It can absolutely be helpful to process fears about weight gain with close friends and family,” Ackerman says. “However, it is important to process these fears with friends and family who are familiar with cultural and internalized fatphobia so they will be equipped to best support you and not perpetuate cultural fears.”

A version of this story was published March 2020.

Check out some of our favorite quotes that help inspire healthy attitudes about food: