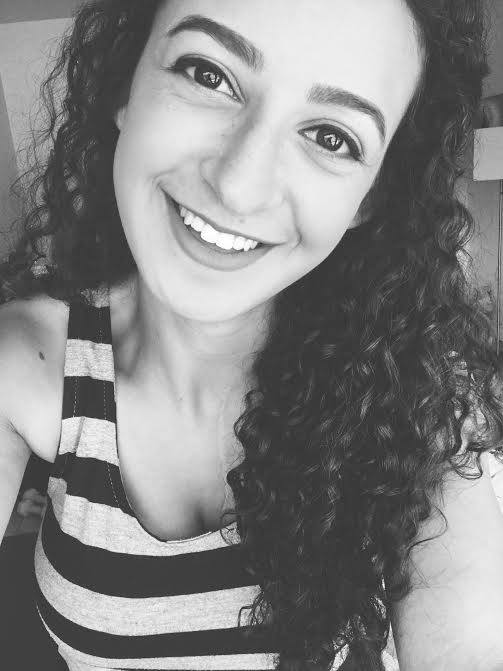 It happened in May of 2011. I was cleaning my childhood bedroom when I felt a flutter in my chest. Since I have an arrhythmia — an irregular heartbeat — this feeling is common. It often dances its way in, taking the form of a hard beat or a small pain. It usually lasts no longer than a minute. This didn’t. When it didn’t go away, I stopped cleaning and stood still. I began to feel light pains shooting up and down my left arm. My breath formed in small gulps, blood draining from my face. I got an Aspirin from my purse and chewed.

I was born without a right ventricle, the chamber that pumps deoxygenated blood to the lungs via the pulmonary artery. I’ve had three open-heart surgeries. An entire reconstruction was performed via lateral fontan, an operation that places a tube into the heart chambers, redirecting the flow of blood, when I was three years old. At 19, I had a heart attack.

After my heart attack, I spent a week in the hospital, progressing from emergency room to intensive care unit to cardiac rehab wing. I was prescribed a finicky blood thinner with multiple risks and reactions, which I still take today. I was discharged with advice from my doctors that the best thing to do after a heart attack is to live, not live in a bubble. My mom and I were both in the room, but they were looking at her when they said it.

Summer was winding down, and I spent my second-to-last night before starting school with my childhood best friend. We returned to her house to my mom and her friends sitting around the dining room table, hands folded: “This is an intervention.”

I don’t remember if my mind started racing or just went blank. Two nights before I was set to transfer into a new school, my mother rounded up a few overprotective parents and convinced them I wasn’t well enough to go. I could hardly hear her words over the fury pulsating through me. Something about a cardiac rehab program, something about spending the semester at a community college.

I bolted for the door and spent the next day getting last-minute approval from both my pediatric and adult cardiologists to start school. The intervention my mother staged turned a process that was supposed to be exciting and smooth into a chaotic battle for control.

“You are a person, not a patient,” both doctors said.

The next morning, my mother stood in the kitchen, watching me empty my childhood bedroom. She didn’t lift a finger. I paid an inordinate sum of money for a cab from Brooklyn to the Port Authority Bus Terminal. While wheeling two suitcases and dragging a duffel bag up eighth avenue by myself, it occurred to me that for someone who didn’t want her daughter putting her heart at risk, my mother had a very passive aggressive way of showing her concern.

This was a blip in time, eight years ago, but I remember it as sharply as it happened. My mom and I communicate now. We work as teammates. The chaos has subsided. The screaming matches still exist, but they are fewer and farther between. Therapy has helped. My health has become more stable.

I understand my mom in a way I didn’t — and couldn’t — years ago. She is a single mother with one child. I am her only and she is my only. She is an encyclopedia of my medical history. She can rattle off every medication I’ve ever taken and every diagnosis I’ve ever received. She has slept upright in chairs among beeping machines and tangled in wires in my hospital bed more nights than she can count. She has held my hand through every procedure, advocated for every necessity, navigated every turn. She is strength and persistence, personified. But she is also a parent, a person, with faults and fears of her own.

Chronic illnesses affect all parties involved, but it happens to the patient. As voraciously as my mother tried to pry her way into examination rooms and conversations well after I entered young adulthood, she could never live in my body. She could never feel the side effects of five different medications pulsing through my veins or understand the fear that accompanies feeling a flutter in my chest and trying to assess whether the abnormality is normal (for my body) or emergent. That is uniquely mine. This experience is uniquely mine. All she can do is support.

If parenting doesn’t come with a roadmap, then parenting a child with a chronic illness comes with even less direction. Frank Cecchin, Director of NYU Langone Health’s Division of Pediatric Cardiology, said that the biggest difficulty he’s witnessed parents of children with congenital heart disease facing involves the transition of independence as children grow into young adulthood. He says he combats that fear by making sure that both parents and children are educated and involved.

Cecchin also recommends resources, including social workers, therapists and the involvement of other family members to parents and children. “This helps the child and the parent feel more supported and less alone,” he said.

He said that he encourages parents to call with questions, and discourages online searching, as he said it only exacerbates panic.

“When a parent is particularly anxious, I tell them that we are all going to be challenged with a medical issues and that this is their child’s condition,” Cecchin said. “I tell them that at least it’s been diagnosed, so now, we can work on making it better.”

I am eternally grateful for my mother’s tenacity, persistence and involvement, but my transition of care from childhood to adulthood would have been much more seamless if she were less resistant to letting go. Doctors like Cecchin, who make it a point to involve patients in their own care, and speak to teenage patients without their parents present, give patients ownership over their illness and treatment, making them less anxious and afraid.

The day before I left for college in August 2011, when my cardiologists told me I was a person, not a patient, I began to view my illness differently. I considered how much more often my mother addressed what I “couldn’t” do, rather than what I “could.” I realized that she saw me as a patient, not a person. Children with chronic illness are just children. They have limitations, but they are more similar to kids without illnesses than they are different. Treat them like they’re sick, and they will think that they are sick. Seek out professional help if you have the resources. Tend to your own wounds and create a life outside the bubble of parenthood. Advocate for your child, then teach them how to advocate for themselves.

My mother has always been concerned that I exercise too much, even though my doctors recommend I do cardio every day. But a few months ago, I took a routine stress test, running on the treadmill while connected to a heart monitor, and exceeded all expectations. My doctors met with us after the test. “You never would have known there’s something wrong with your heart,” they said. My mom beamed. Person, not patient.

A version of this story was published January 2020.

Before you go, check out our favorite mental health apps to give a bit of extra TLC to your brain: