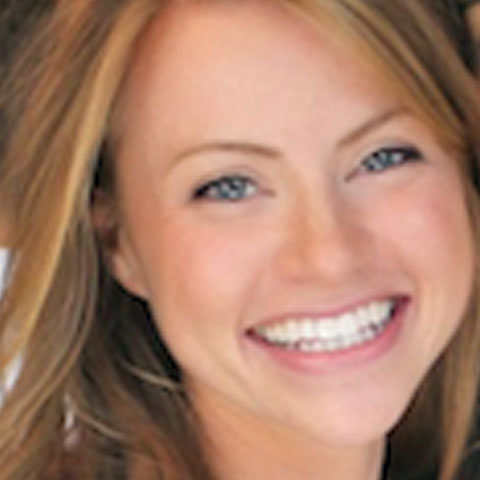 Last night, my parents hosted Chanukah dinner for my siblings and our significant others. My father declared it the best Chanukkah he’s ever had. It was truly joyous. We took down several shots of vodka (we are of Russian Jewish heritage) toasting to good health and a drama-free new year.

Our family hasn’t had a holiday season like this in a few years. In January of 2018, I was diagnosed with a rare form of non-hodgkin lymphoma, one that afflicts otherwise perfectly healthy young women. Just a few months after I wrapped up graduate school and my husband wrapped up internal medicine residency, we found ourselves in an emergency room. I had been on a long flight and had experienced a very strange sensation in my chest.

Because I was of child-bearing age and my husband had accompanied me to the ER, the doctors almost instinctively thought I was pregnant. Indeed, I had taken out my IUD six months beforehand. After two years of a difficult start to our marriage, living 300 miles apart, Ben and I were finally starting to think about having a child. We weren’t trying, but we weren’t not trying. So while we waited for test results, Ben squeezed my hand and whispered, “maybe we’re pregnant?”

Little did we know how far off our hopes would be. Six hours later, after the doctors had ruled out everything else that would be normal for a 29-year-old to walk into the ER complaining about, a CT scan revealed a 6x by 8cm tumor in my chest, snug between my lungs, nestled behind my breastbone in a cavernous spot called the mediastinum.

Truly in the blink of an eye, our lives fell apart. It wasn’t until my medically-trained husband reviewed the scan results, emerging to face me with tears in his eyes, that I started to digest the doctor’s words: I had cancer.

As unfortunate as the diagnosis was, and as badly as I wanted to start treatment, I somehow more badly wanted to preserve the chances of us starting a family, as we had been whispering about at bedtime for many months. I didn’t know much about how to handle the aftermath of my diagnosis, but I knew I had to move fast to determine if I had the time to freeze my eggs.

We were fortunate to set up care at Memorial Sloan Kettering, where a fertility advisor arranged for me to see a reproductive endocrinologist the next morning. I negotiated about 2 weeks of treatment delay with my oncologist to let me try to squeeze in a cycle of IVF injections before chemotherapy would ensue. Fortunately, he agreed and my IVF doctor took care of the rest.

Within 10 days, and many syringes and ultrasounds later, my egg retrieval day landed on the eve of the most fertile lunar moon in 150 years (after cancer you start to take this “woo-woo” stuff more seriously). The lunar moon delivered: I retrieved 39 eggs. We decided to put aside nine eggs (I learned the real truth behind the saying, ‘don’t put your eggs in one basket’) and we attempted fertilization on the remaining 30 eggs. As IVF math would have it, we ended up storing 13 frozen embryos in a freezer on 72nd and 1st avenue.

Having crushed IVF, I thought (foolishly) that treatment might be a breeze. What neither my oncologist nor my reproductive endocrinologist could have prepared me for was that the first phase of treatment didn’t work. Within four months of completing first-line therapy, the tumor had regrown.

Last Chanukah, I was in the middle of trying a different, more intense chemotherapy alongside an experimental immunotherapy. This would be followed by ten days of twice-a-day radiation therapy and then lastly an auto stem-cell transplant that rendered me a ‘bubble girl’ for a number of months.

Today, I am 31 years-old — and I am in medically-induced menopause. But, despite all I have been through, I couldn’t be happier. I just had my third clean scan of 2019. This year, not only did I learn how to mountain bike in the Sedona desert and kayak in the Norwegian fjords, I learned how to cry. Like, really cry. Cry from your deepest belly, when life feels unsurmountable with its unfairness. I learned how to be genuinely happy for the good news, because there’s too much bad news on this planet. Finally, I learned how to enjoy what you have, even when you can’t have other things you may want.

It’s unclear if and when we’ll be able to have a family. Though we have a plentiful frozen reservoir of embryos on the Upper East Side, I need about 3-4 additional clean scans before my doctors will even consider letting us attempt to try to get pregnant. Those scans, six months apart, are the end dates to these ‘short-term leases’ on life I feel am living between.

So, for now, I just focus on each six-month lease and dream up other type of ‘babies’ that I can nurture in the interim, whether that’s precious time with my family, new places to visit or new ventures to attempt. Perhaps, most importantly, I’m focusing on nurturing me and giving myself the tender love and care I’ve been saving for somebody else.

Before you go, check out our favorite mental health apps for giving your brain and heart some TLC all year long:

Want To Chill Out In Bed? Try These Sensual & Soothing Yoga-Inspired Sex Positions