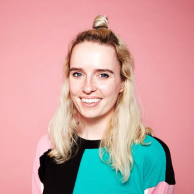 Sex shouldn’t hurt. Yet three in four women report experiencing pain during intercourse at some point in their lives, according to the American College of Obstetricians and Gynecologists (ACOG). For some, this pain is temporary — the result of inflammation or a short-lived infection. For others, like the 11 percent of American women living with endometriosis, the pain can be more persistent. Thankfully, some sex positions can help mitigate the pain that women with endometriosis often experience during and after intercourse.

Endometriosis is a medical condition in which the cells that typically comprise the uterine lining, or “endometrium”, begin growing outside the uterus. According to the Mayo Clinic, endometriosis most commonly affects a person’s ovaries, fallopian tubes, and/or pelvic tissue. In rare cases, though, endometrial cells can be found in other parts of the body, too.

Common endometriosis symptoms include pelvic pain, severe menstrual cramping, excessive bleeding during and between periods, fatigue, and of course, pain during and after sex. As is the case with many medical conditions, symptoms can vary significantly from person to person, and treatments will vary accordingly. But those who consistently experience pain during and after intercourse may find some relief in experimenting with different sex positions—particularly those that are gentle and not terribly aggressive or intense.

“Often, women with endometriosis experience a lot of uterine and ovarian pain,” Dr. Natasha Chinn, a New Jersey-based gynecologist tells SheKnows. Given this, opting for sex positions that put minimal pressure on the ovaries and uterus can help alleviate some of the pain associated with penetrative intercourse. Chinn suggests recommends side-by-side sex positions, in particular, as they tend to lend themselves to gentler angles. Positions that allow the woman to control the depth and speed of penetration are often great options, as well.

Chinn recommends staying away from positions that encourage deep penetration (like doggy) or forceful thrusting (like missionary), as these are likely to cause more pain than pleasure. That said, each woman’s experience with endometriosis is unique. So there are always exceptions to these rules of thumb.

The Slip and Slide is really just classic Cowgirl with a slight modification. Whereas your partner would normally lie flat on their back, the Slip and Side has them sitting upright — offering you a less intense penetrative angle to navigate. What’s more: The Slip and Slide puts you in total control of the depth and speed of penetration. And the position naturally lends itself to grinding, rather than pogo-sticking.

Spooning is much-beloved for its romantic, snuggly fit—and for its low energy requirement. Though some variations have both partners curled up with their knees pulled toward their chest, a more relaxed, straighter position will likely lead to a more shallow (and less painful) angle.

Penetrative sex isn’t the only way to do it. Oral sex can offer partners the opportunity to pleasure each other, while minimizing the pain that often accompanies penetration. A more relaxed position can empower the receiving partner to relax entirely (whereas a more reciprocal position, like 69, may require additional effort).

While many woman-on-top positions feel inherently strong and dominant, the Lotus feels more gentle and romantic. Basically a hug in the form of a sex position, the Lotus will give you optimal control, while also letting you feel incredibly close to your partner.

Fans of missionary will be delighted to try the Face-to-Face, which is really just missionary turned sideways. The modification will temper the angle of penetration, without sacrificing the intimate appeal of face-to-face contact during intercourse.

Cowgirl and reverse cowgirl are classics for a reason: They’re hot, they feel great and they put the partner who’s usually on the receiving end in control. Since both of these positions empower you to explore sex at the depth, speed and intensity that feels best for you, they’re worth adding to your repertoire.

Keke Palmer On Self-Care, Skincare & Being Her Own Health Advocate