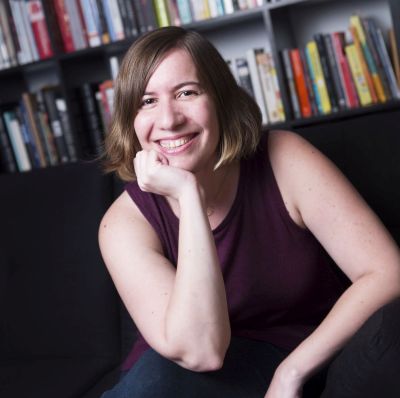 I have been having underwhelming sex — and writing about it — for nearly 20 years now. Part of the problem is that I’m rarely in the mood. Slogging through my day, juggling work, motherhood and household responsibilities, I approach the evening feeling exhausted, my mind still reeling with everything that still needs to be done. At the end of the day, when I am finally able to slide beneath the sheets, the last thing I want to do is be physically intimate with another person. Rather, I am desperate to disconnect. To relax in a cocoon of pillows and blankets, a good book in my lap. To turn off my brain.

But let’s be real. I’ve never had a particularly active sex drive and this has long been a source of distress for me. I stew in a mix of guilt, resentment, and frustration that leaves me wanting to avoid the issue entirely. In recent years, I’ve come to better understand this issue and its multilayered underlying factors. How they might be dealt with. But for the longest time, I simply assumed I was suffering from female sexual dysfunction. I looked at myself as the problem at the root of all of my romantic relationships. It’s only in the past few years I’ve realized that the label of “low” libido is B.S.

I began researching the history of female sexual dysfunction in late 2015, so certain was I that the condition was the cause of my own struggles in the bedroom. Rather than confirming these assumptions, I learned that the diagnosis itself had likely stemmed from the pharmaceutical industry’s desire to create a medication that was as successful as Viagra. Thanks to partnerships between researchers and their colleagues within the pharmaceutical industry, the diagnosis of female sexual dysfunction (FSD) was born, and the race to create a “female Viagra” began.

But there were several problems. First of all, sexual desire can be affected by everything from hormones to brain chemistry to cultural expectations to our racing minds, and often simultaneously. It’s difficult to come up with a single treatment that can contend with all of that. Not only that, but it’s impossible to even define what “low” libido is. Low in comparison to what or to whom? There’s no measuring stick that exists for desire, a state of being that fluctuates constantly over time, and for varying reasons.

I know. The entire internet is filled with articles on what to do when you have low libido. And sure, it is possible to experience distress over a sustained lack of desire. But what rankles is that the framing of this problem typically places the blame for a lackluster sex life solely on the partner with the lower libido. “It’s so easy to pathologize the person with lower sexual desire when what the couple needs to do is work toward each other — work toward the middle,” says sexuality researcher Kristen Mark, Ph.D, M.P.H. “You can’t just blame one person and have them do all the work to increase their desire. It’s a multifaceted issue and you need to address all the components.”

So what can you do when you and your partner are experiencing a mismatch in desire levels?

Realize that desire is often responsive

One diagnosis that used to fall under the umbrella of female sexual desire in the DSM was hypoactive sexual desire disorder (HSDD), a lack of desire for sexual activity. This diagnosis was set apart from sexual arousal disorder. In a more recent edition of the DSM, the two diagnoses were merged and an entry for female sexual interest/arousal disorder (FSIAD) was the result.

“HSDD was a diagnosis that made it a disease not to experience desire out of the blue,” explains Emily Nagoski, Ph.D., a sexuality educator and the author of Come As You Are and Burnout. “But research over the last 40 years has shown us that people with great sex lives, people who sustain strong sexual connections even over the long term, don’t necessarily experience desire first. It’s normal for pleasure to come first and for desire to emerge in response to the pleasure.”

Reframe the issue as a couple problem — not an individual problem

There is a passage in Nagoski’s Come As You Are that blew my mind when I read it several years ago, making me finally realize that I was not broken. I was not a problem to be fixed. “Problematic dynamics emerge,” she wrote, “when the partners have different levels of desire and they believe that one person’s desire is ‘better’ than the other person’s.” That passage changed the course of my work, and also my approach to my own relationship.

Years later, Nagoski tells me that we tend to treat desire as an individual thing that’s independent of the relationship as a whole when, obviously, it’s not. A flagging sex life is something partners need to tackle together.

Mark also suggests that couples reframe the problem. “Really work at not blaming your partner who does have lower desire,” she says. “Ask yourself, ‘What can I do? What can we do together to meet in the middle?'”

Interrogate what is really at the root of your distress

Mark explains that when there is a discrepancy in desire, the person with the lower libido often agonizes over the state of their sex life because, “they feel pressure from their partner. They feel they’re letting down the relationship in some way. This is why treating low sexual desire directly doesn’t get you anywhere. It doesn’t treat the real issues at the heart of low desire.”

It’s important to ask yourself why your sex life is actually causing you distress and then work from there.

Figure out what actually gives you pleasure

In a companion workbook for Come As You Are, recently released by Simon & Schuster, Nagoski includes worksheets that instruct readers to remember their best and worst sexual experiences, and to tease out the ingredients that made those experiences either terrible or mind-blowing. Once you’ve done that, the question then becomes: How do I increase my access to those mind-blowing ingredients and decrease the frequency of the not-so-great stuff?

She mentions the research of Peggy Kleinplatz, whose focus is on helping couples have sex that’s “worth wanting.” After all, if you don’t expect to enjoy sex, why would you even bother?

Communicate with your partner

“I think often a desire discrepancy becomes that elephant in the room couples don’t talk about,” says Mark. “That can build up a level of resentment and can build up this big deal that doesn’t have to be that big of a deal. If couples can figure out ways to talk about it and to approach it from a place of vulnerability instead of a place of defensiveness…”

Mark acknowledges that this is very hard to do, but insists it’s still crucial. She sometimes worries that the advice to communicate with your partner about sex now comes across as cliché, but she continues to emphasize its importance. “Once couples start actually communicating,” she says, “I’ll stop suggesting it.”

Finally, it’s important to actually do the thing. “Our research has shown that sexual desire does breed more sexual desire,” says Mark. “But that can be the biggest barrier. It’s scary if you haven’t in a long time because it does take that level of vulnerability.”

This isn’t a directive to engage in obligatory sex you don’t actually enjoy. Instead, make the time to explore — together — what makes the both of you feel good. In the process, you’ll likely find that you’ve successfully toppled that last barrier, finally discovering sex that’s worth wanting.

38 mins ago
by Sam Manzella