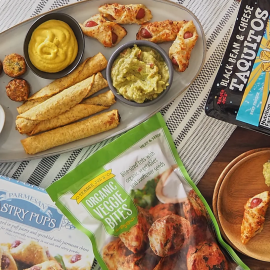 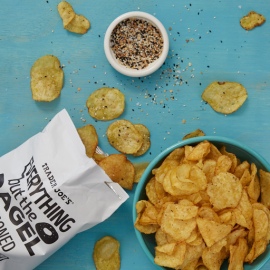 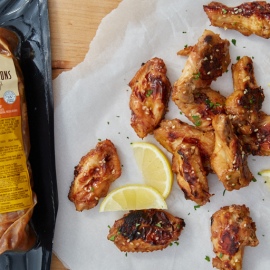 Kombucha is one of those things that you either love or hate. Personally, I love it — it’s like drinking delicious vinegary beer iced tea. And, I’m told, this is exactly what some people detest about the flavor. Either way, there’s been a lot of hype surrounding this beverage, with promises of all sorts of health benefits (we’ll get into those in a minute).

But in addition to potentially healthy components, kombucha also contains low levels of alcohol. (True story: I was recently carded at Whole Foods while purchasing a bottle of ginger kombucha.) This raises some questions as to whether the drink is safe for kids. To find out, we spoke to several medical professionals about this trendy beverage, and whether or not it’s something you should give to children.

So what exactly is kombucha? According to Dr. Stephen Lauer, the associate chair of pediatrics at the University of Kansas Health System, the beverage is the product of fermenting sweet tea with a symbiotic culture of bacteria and yeast. It has been around for centuries in Chinese culture, but has become more popular in the US in the past few years, he tells SheKnows. You can usually find it in the refrigerated section of the grocery store, near the high-end juices and cold brew concentrate. And like those other beverages, it’s on the pricier side, usually around the $4-5 range for a 16 oz bottle.

Given that kombucha is usually categorized — or at least marketed — as a “health” drink, you’d think there would be health benefits galore. And though there are plenty of claims of health benefits, each of the doctors we spoke to stressed that there is little to no research to back up these claims. In fact, Dr. Paul Matz, a pediatrician practicing in New Jersey, tells SheKnows that there are no controlled studies in adults showing the benefits of kombucha, let alone in children.

“One of the primary claimed benefits of kombucha is that it is full of probiotics, but in healthy people, there is no clear benefit to consuming probiotics,” he explains. “Another claim is that kombucha is rich in B-vitamins. While that maybe true, many more commonly consumed foods have plenty of B-vitamins, either naturally occurring or through fortification. Barring a severely restricted diet, it is extremely rare to become deficient in these vitamins. And as with all vitamins, more is not necessarily better. Children’s bodies need a small amount of these nutrients; adding more won’t make you healthier.”

There are two main health concerns when it comes to kombucha and kids: possible bacteria contamination and an alcohol content. As far as the bacteria go, home-brewed kombucha is riskier than store-bought, Matz explains. “As with any product that contains yeast and bacteria, it is important to make sure that there has been no contamination with dangerous bacterial strains,” Lauer adds. “Make sure that any product you give your child is from a reputable source.”

And though commercially prepared kombucha is the safer bet for children, it’s not safe for all children, Matz says. For example, if a child or adult has an impaired immune system — like patients with cancer, AIDS, organ transplants or other illnesses — even the so-called “good” probiotic bacteria could be harmful, he explains. Along the same lines, Dr. Marie Lupica, pediatric emergency medicine physician at NewYork-Presbyterian/Weill Cornell Medical Center tells SheKnows that because kombucha is acidic, some medications may react not well to it.

Store-bought kombucha also typically have a lower alcohol content (around 0.5 percent) compared to home-brews, which can reach up to three percent or higher if left to ferment longer than recommended, according to Matz. (For comparison, on average, beer contains four to six percent alcohol.) As a result, he recommends that children not be given homemade kombucha.

Dr. Barry Sears, a dietitian, author of the Zone Diet book series and president of the non-profit Inflammation Research Foundation, tells SheKnows that the alcohol content is a concern because of the smaller size of a child — meaning that they are more likely to be negatively impacted by alcohol. In addition, any potential health benefits of kombucha would come from the probiotics, he explains, but since there are plenty of other probiotic sources without alcohol, those would be a better bet for children.

Kids who still have their baby teeth should steer clear of the drink, according to Dr. Yana Nikolova, a dentist practicing in London, England. Kombucha is very acidic, she explains, with a pH of around three, making it similar to drinking white wine vinegar. This means that in excessive amounts, it can erode enamel. Acid erosion of enamel can increase one’s chances of developing sensitive teeth and — more pressingly for young children — cavities and tooth decay, Nikolova adds. This is less of a problem for children with their adult teeth, but still something to keep in mind.

Given that there are no proven health benefits, Matz says that there is certainly no recommended amount to give to kids, adding that the Centers for Disease Control stipulates that adults shouldn’t have more than 12 oz per day. And Lauer says that while some variety in drinks is fine, it’s important to remember that the best drink for children — and adults — is water. “There is no doubt that clean water has many health benefits and no side effects and should be the drink of choice for all of us,” he notes.

Similarly, Lupica explains that children can get their antioxidants, probiotics, vitamins and minerals from a diet rich in fruits and vegetables, yogurt, whole grains and other nutritious foods, instead of turning to trendy drinks. So until there’s more research done on kombucha — specifically involving how it affects kids — stick to giving them water to drink and feeding them a healthy, varied diet.

Before you go, check out our round-up of all-natural cold remedies for kids: