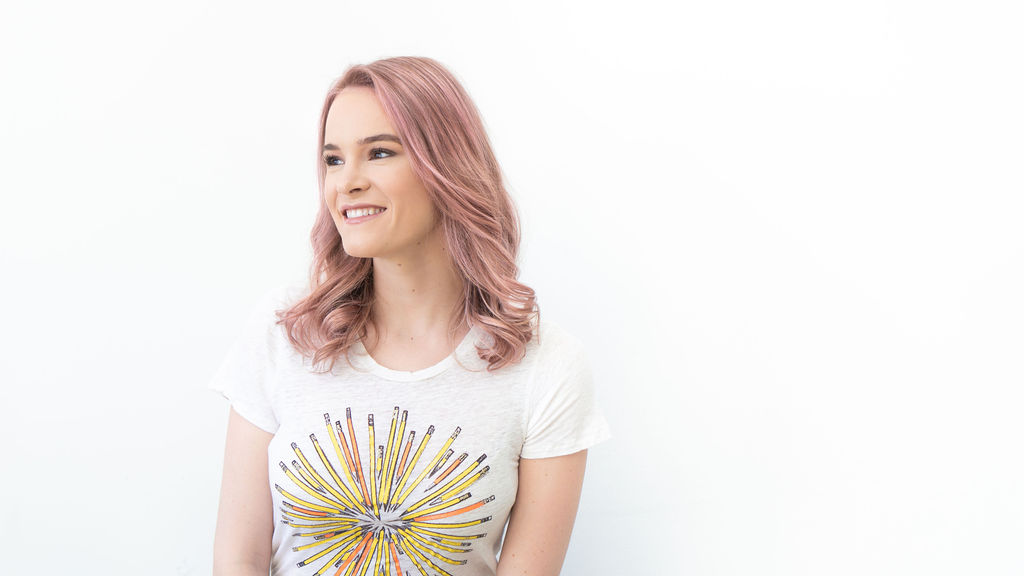 I was 22 and suffering from a depressive episode, in what was to be my final undergraduate semester at Duke University.

Four years earlier, when I left home for the college of my dreams, I felt like I had been given the keys to the kingdom. To find myself curled up on a couch in a psychologist’s office with my head cradled in my father’s lap, overcome with a hopeless drowning feeling, I felt betrayed by the universe.

Anyone who has ever been in this position knows how difficult it can be to figure out what is happening inside of your head, let alone explain it — especially with the stigmas surrounding mental health. But with the help of medical professionals and the support of family and friends, I was able to climb out of that hole and return to a world that was not warped by a serious lack of serotonin.

Now four years after graduating, I am close to completing a book about the female college experience for Gen Z-ers because I know I was not the only one of my peers who struggled for parts of college.

My focus has been on a phenomenon known as “Effortless Perfection” or “the expectation that one would be smart, accomplished, fit, beautiful, and popular, and that all this would happen without visible effort.” The term was coined at Duke in 2003 by the authors of the Women’s Initiative Report and has since been used to describe the cultural climate on campuses across the Unites States.

Throughout my interviews with female-identifying undergraduates of different races, sexualities, and socio-economic statuses at 15 institutions of higher learning across America — including small, private liberal arts colleges like Colgate University and large public universities like the University of Alabama — Effortless Perfection was a common theme.

“It basically makes you feel like you are always falling behind,” a white female undergrad at Northwestern University explained. “Like everyone except for you knows how to write an A+ paper in one night, be skinny without trying, and go out late every evening without consequence.”

In competitive campus environments, seemingly everyone strives to appear like they have everything put together at all points in time. The fear and shame of being labeled the one who “couldn’t keep up” stops many from discussing vulnerabilities with others, even if those others may admit they face similar challenges. Many are left feeling isolated and alone in their struggles.

This culture of Effortless Perfection and the intense pressures it enforces are likely linked to the uptick in mental health concerns among teens and twenty-somethings. Levels of anxiety on college campuses have reached an all-time high. Between 2009 and 2017, rates of depression among individuals 18 to 21 increased by 46 percent. More than one in eight 12-to-25-year-olds in the United States have experienced a major depressive episode.

Women are disproportionately affected. By late adolescence, young women are twice as likely as male counterparts to experience depression — a trend that continues throughout adulthood.

Not that you would know this by looking at them. Many young women conceal challenges under the guise of Effortless Perfection, as they achieve and excel at unprecedented rates. Many are pursuing a false promise that if they can make themselves perfect, they can expect their lives to be perfect, too.

As the stakes of what it takes to be “successful” are elevated — whether it is competing in sports or gaining acceptance to top colleges — the age has lowered for “making it.” Social media places greater emphasis on attractiveness and provides metrics such as “likes” for measuring popularity in ways that never existed before.

One mixed-race Georgetown University student said, “I used to think if something is perfect then it doesn’t have to change. It is in a ‘complete state’ and it can’t be questioned. Nobody can complain about you or reject you or pick fights with you.”

Embodying perfection, in her mind, meant never having to experience hurt due to an absence of weakness. By extension, she had come to associate any flaws and imperfections with a breach in the safety and stability of her life. Her approach to the world around her was to limit the variability of things like romantic relationships, popularity, and academic success by approaching them as facets of her life to be mastered and maintained.

In many ways this approach worked well for her. She had been the valedictorian of her high school. She had given modeling a shot in college and been successful. However, things unraveled as she was forced to reckon with the reality that there would always be things out of her control. Building expectation based upon unavailable certainty would only hurt her in the end.

This is the same realization that rocked my world when I experienced my depressive episode in college. I was struck by the disparity between what I had expected and what had actually happened. I felt disillusioned; I gave it everything I had and it still was not enough.

Believing that Effortless Perfection would serve as my suit of armor, I had yet to learn that perfectionism will not shield anyone from failure and rejection, regardless of how close you come to achieving it.

An African-American Vanderbilt University student told me she identified strongly with this, noting she had suffered from deep imposter syndrome as a first-generation college student. Without parents who knew how to guide her through the experience, she made it her mission to take everything head on. She needed to “do it all, and do it all very, very well.”

But there were consequences to the pressure she placed upon herself to achieve. She detailed, “In middle school, I would throw up. In high school, I would break out in hives. In college, I got bad mouth ulcers and even had to be hospitalized for exhaustion one time. It was this anxiety that drove me — a fear of falling behind.”

She noted the internships her peers landed, where they were from, how affluent they seemed to be. Those things became her benchmark for what success looked like. She never considered how far she had already come, just how far she had left to go.

As a woman of color from a lower-income background, her pursuit of Effortless Perfection was even more intense because it was complicated by issues many of her white, upper class peers were privileged to not have to confront. She felt like she had even further to catch up to being on “the right track.” She says she was swept up in the same “mass delusion” many of her peers also held about there being just one singular path to achieving a successful life.

Many of today’s college students are chasing after accomplishment as if it were a cure-all, without recognizing they are harboring a need for reassurance. They crave good grades, a low weight on the bathroom scale, a high number of likes on their Instagram posts. In their minds, achieving these things means everything will be okay.

Unfortunately, instead of gaining control through this approach, they often relinquish even more power to it. Each mini-confidence boost they receive every time they live up to perfectionist standards leads them to develop self-confidence built on fleeting, conditional moments. The stronger their reliance on these boosts, the greater their reliance on external approval grows, and the more entrapped they become within the culture of Effortless Perfection.

One way to push back is to challenge the dominant narrative of Effortless Perfection with alternative, more authentic narratives that recognize struggle as normal and healthy. That begins by sharing stories of failure along with stories of success.

High profile celebrities such as Selena Gomez, Ariana Grande and Camila Cabelo have revealed struggles with mental health issues. More recently, when receiving the Icon Award at Billboard Music Awards, legend Mariah Carey admitted to struggles. She dedicated the award to anybody “who doesn’t allow themselves to be broken and keeps getting up and keeps holding on and keeps standing tall, keeps on believing and keeps rising.”

Creating safe spaces to learn how to cope with failure in a way that makes it less terrifying to the many students who have been running from it their whole lives may diminish the reliance on perfection. Many need to realize that their fear of failure is most likely holding them back.

It is perfectly fine to fail.