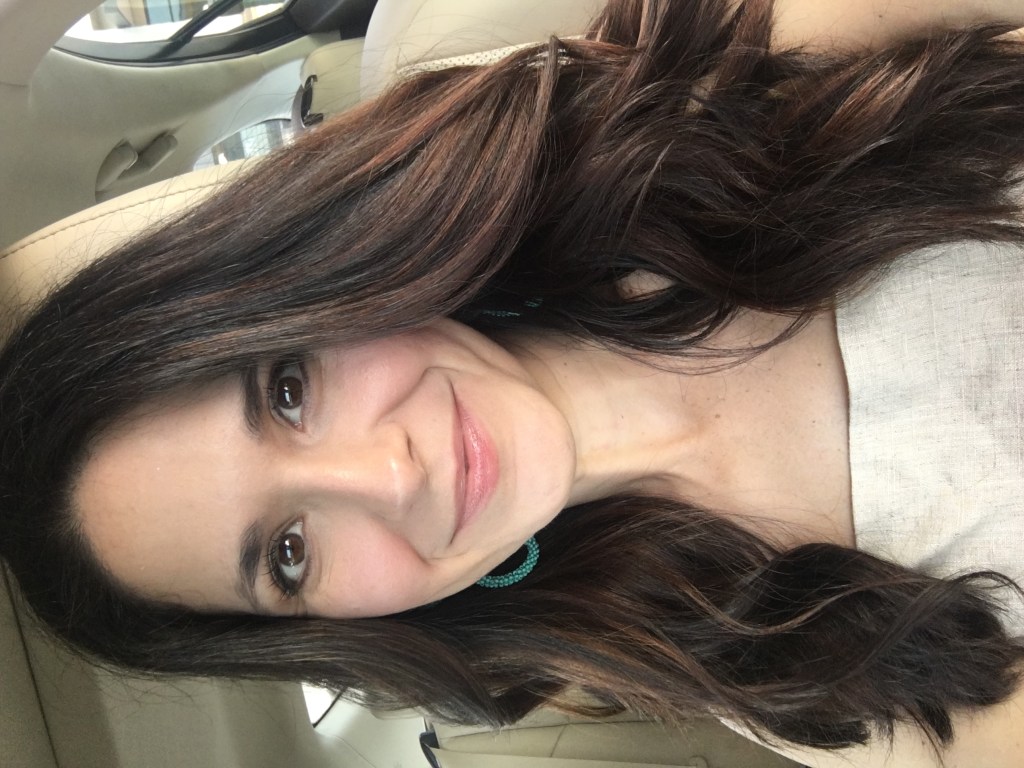 The first time I felt the pain, I was running. I was 13 weeks pregnant and starting to train for a half marathon. I’d be five months along by then, and I loved the idea: “We’d already run a marathon together,” I imagined saying to my future child. “So this was nothing.”

Earlier that year, I’d been diagnosed with polycystic ovarian syndrome (PCOS). My husband and I had been told we had less than two percent chance of conceiving naturally.

I’m never more motivated than when I’m told I can’t do something. I took Clomid, Letrozole and Metformin. I slid needles into my belly and endured crashing hormonal cycles of hope and disappointment. I went on a ketogenic diet to sharpen my insulin sensitivity. I studied my ovaries on ultrasound screens, counting the cysts that glowed like pearls.

It was the diet that finally did it. I was on a break from fertility medications because my ovaries had been hyper-stimulated, the cysts growing and multiplying. When my nurse called, her joyful disbelief was tempered with caution.

“Try not to get too excited,” she said, gently.

I went in for blood draws every other day, waiting to learn whether my numbers doubled the way they should. They did. Sometimes they even tripled. My husband, Adrian, speculated that it was a girl. “A boy would have given up by now,” he joked. I knew it was dangerous to think this way, in terms of boys and girls and inherited determination — but we did it anyway.

Two weeks later, my HCG levels reached the low end of normal. We were allowed to believe in our baby. That was our marathon, I imagined telling my child—my daughter, as it would turn out.

My first trimester passed smoothly. I kept up my daily Pilates practice and chalked up the pain at 13 weeks to a pulled groin muscle. I told myself I’d resume half-marathon training when we returned from our babymoon in Hawaii.

I was 16 weeks pregnant on that trip. Sixteen weeks the first time Adrian had to help me from bed, a hand on each hip, holding the bones of my pelvis together. Rolling over in bed was excruciating. I had to sit down to put on or remove pants or shoes; unilateral movement, like pulling a leg from my bikini bottoms, was impossible. The pain was like a bone breaking, the rupturing of some essential internal structure.

It took weeks — including ultrasounds and an MRI, and visits to my OB and a chiropractor — to arrive at a diagnosis: symphysis pubis dysfunction, or SPD.

The pubic symphysis is the cartilaginous joint that joins both pubic bones. Symphysis pubis dysfunction is thought to occur when the pregnancy hormone relaxin loosens the ligaments that strengthen that joint, creating pelvic instability that, according to Physical Therapy, causes “major functional difficulties resulting in a considerable decrease in quality of life.” Those difficulties include mild to severe pain in the pubic area, groin, and inner thigh, on one or both sides, which is worsened during weight-bearing activities, especially unilateral ones. There may also be a clicking or grinding in the joint, and the center of the pubic bone will often feel tender to the touch.

SPD has been reported in as many as 31.7% of pregnancies, but, according to The Journal of the Canadian Chiropractic Association, “until recently, there has been a lack of clinical interest.” One more time for the people in the back: One in three pregnant people suffer from a condition that causes a considerable decrease in quality of life, but until recently, practitioners just haven’t cared very much. I saw this when I desperately searched pregnancy message boards for possible treatments. Over and over again, women said their doctors had dismissed their symptoms as “normal pregnancy pain.”

Complicating matters, while there are some classic symptoms of SPD, the pain can vary enough in severity and location that it gets misdiagnosed. My best friend and OB had both suffered from SPD, but unlike my friend, the pain at the front of my pubic bone came later, and she never experienced groin pain. My OB was thrown by the sheer severity of my symptoms: By 20 weeks, I needed a crutch to walk.

Pregnant individuals are inherently limited when it comes to pain management, though according to Pain Research and Treatment, a recent study found that out of 500,000 pregnant women in the U.S., 14 percent filled a prescription for an opioid at least once during their pregnancy. I was prescribed Tylenol with codeine, which I was too nervous to take more than three or four times.

The studies on management of SPD pain have been scant to nonexistent. In 2005, a randomized masked prospective experimental clinical trial was conducted, finding that specific muscle strengthening exercises and advice for how to best perform daily living tasks helped reduce the pain in three treatment groups. Two of those groups were also given either a rigid pelvic support belt or a non-rigid pelvic support belt, which did not seem to impact the findings. However, some women do find relief with a belt like this one; I used this one. Chiropractic care, physical therapy, and/or acupuncture can also be helpful—though, of course, they may not be covered by insurance, keeping a majority of women from exploring these options.

One night in my third trimester, I stubbed my toe on the way to bed. The motion jarred all the way up to my hip, knocking me breathless. I remember dropping to the edge of my bed, weeping with despair. The worst part wasn’t even the pain itself, but not knowing if it would ever end. Severe pain relegates you to a permanent present: You cannot imagine a future without it, even as you wish for it more than anything.

At 33 weeks, I was sent to the hospital for suspected preterm labor. There, I was given one course of antenatal steroid treatment — two injections of corticosteroids, 24 hours apart — to help speed the development of my baby’s lungs. Fortunately, she stayed put — and I benefited from an unexpected side effect.

According to the Mayo Clinic, corticosteroid injections are commonly used to treat joint pain in non-pregnant individuals. Within a day of receiving the injections, I realized I could walk without the crutch. Every day, I waited for the pain to return to its previous severity. But if it had been a nine before (with labor itself being a ten), it stayed at a six until my daughter was born, quickly dropping to a four after that, and then a two.

Is antenatal steroid treatment an option for SPD sufferers? According to “Pain Management in Pregnancy: Multimodal Approaches,” there is evidentiary support for the use of steroids to treat low back pain, carpal tunnel syndrome, and neuropathic pain in pregnant people—why not SPD?

It’s now been more than a year since I gave birth, and I am mostly pain-free. Lately we’ve been talking about trying for a second child. When I think about it, it’s not my two-year struggle with infertility that scares me. It’s the statistically likely return of SPD. Can I do it all again, knowing that this time, it will mean not being able to chase my daughter around the yard, not picking her up when she reaches for me?

Two things, at least, would be different: I know how to advocate for myself — and I know the pain won’t last forever.