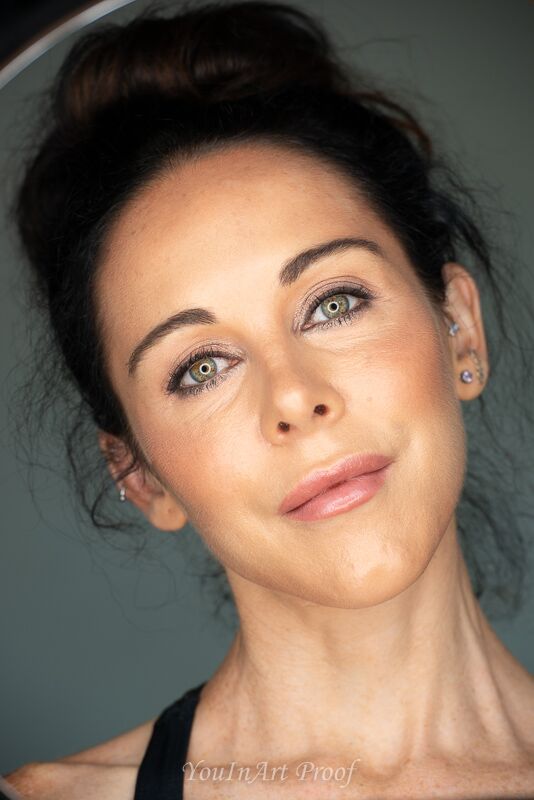 When I was 26, at a routine dermatology appointment for a skin check, my long-time dermatologist suggested I get “a bit of Botox” to my forehead. Until that point, I’d assumed Botox was only for 60-something Hollywood actresses. “Julie will take care of you,” she assured me, wheeling me out the door and placing me firmly in the grips of a frozen-faced, bespectacled and white-coated woman of indeterminate age.

Days after those few jabs of Botox to my forehead — after which I’d wondered if I’d see any difference — I noticed that I didn’t see the usual lines when I frowned at myself in the mirror. I looked happier. Less burdened. And I felt…less exhausted by life and my racing thoughts. I didn’t wake up frowning or go to sleep frowning. Frowning became an expression I just forgot how to do.

After four months though, the frowning returned. I’d wake up with the involuntary pinch of my brows. As if, in sleep, I’d been anticipating all the obstacles of daily life. I noticed the horizontal creases that appeared when I scrutinized my face in the mirror. I felt exhausted — perhaps because those lines made me look fatigued and anxious. The world was weighing on me and my expression indicated it and validated it. But days after another Botox session, that lightness again. I experienced waking up with a sense of energy, openness, untethered to my own involuntary frowning and grimacing. Since the first time, I’ve scheduled Botox appointments roughly every six months for the past 10 years. Perhaps to justify the expense of it, or to validate my own theory that it might alleviate depressive or anxious symptoms, I went to my own clinician, and also to the forefathers of psycho-social studies.

Charles Darwin posited that facial movement can influence the emotions, rather than simply being the outward result of emotions. He suggested that not only could forcing expressions of happiness result in experiencing this emotion, but “the repression, as far as this is possible, of all outward signs softens our emotions.”

Likewise, in The Principles of Psychology, William James wrote in 1890: “refuse to express a passion, and it dies.”

Could it be that to refuse a frown, repress it, and the lack of outward signs could lead the associated feelings of anxiety, angst and frustration to die?

Both theorists were suggesting such radical ideas in 1872, so the idea that emotions and mental health are associated with facial expression and the forced manipulation of it is nothing new. What is new, though, is the idea that perhaps the use of cosmetic intervention could be more than an aesthetic treatment and actually have therapeutic effect in the treatment of anxiety and depression.

A prescription drug, Botox works to block nerve signals to the muscles where the toxin is injected. The resulting paralysis to those muscles is temporary and lasts anywhere from two to four months, depending on the speed of metabolism.

Hennenlotter and colleagues, just over 10 years ago, studied the relationship between performing angry facial expressions and how the brain processes emotions both before and after Botox injections. Scans of the amygdala (the brain region responsible for emotions) indicated that the lack of ability to frown directly resulted in an altered neural response and corresponding emotion. Simply, the lack of ability to frown meant participants felt considerably less angry — their own faces didn’t indicate to their brain that they ought to.

Is Botox a genuine alternative to antidepressants, which are notoriously over-prescribed and not definitively proven to work in isolation? I’m not advocating that at all. I’m saying anti-aging injectables that paralyze the facial muscles responsible for anxious expressions like frowning definitely improve my own mood and energy for life. So, I believe there’s value in further clinical research and trials in the treatment of anxiety and mild depression. I believe nothing works in isolation when it comes to mood disorders and that ultimately, Botox has a role alongside counseling, diet, fitness and lifestyle choices in living a healthy, balanced life.

Before you go, check out our favorite inspiring quotes to help encourage positive attitudes about food and bodies:

7 hrs ago
by Suzannah Weiss

10 hrs ago
by Amanda Ogle

14 hrs ago
by Amanda Ogle