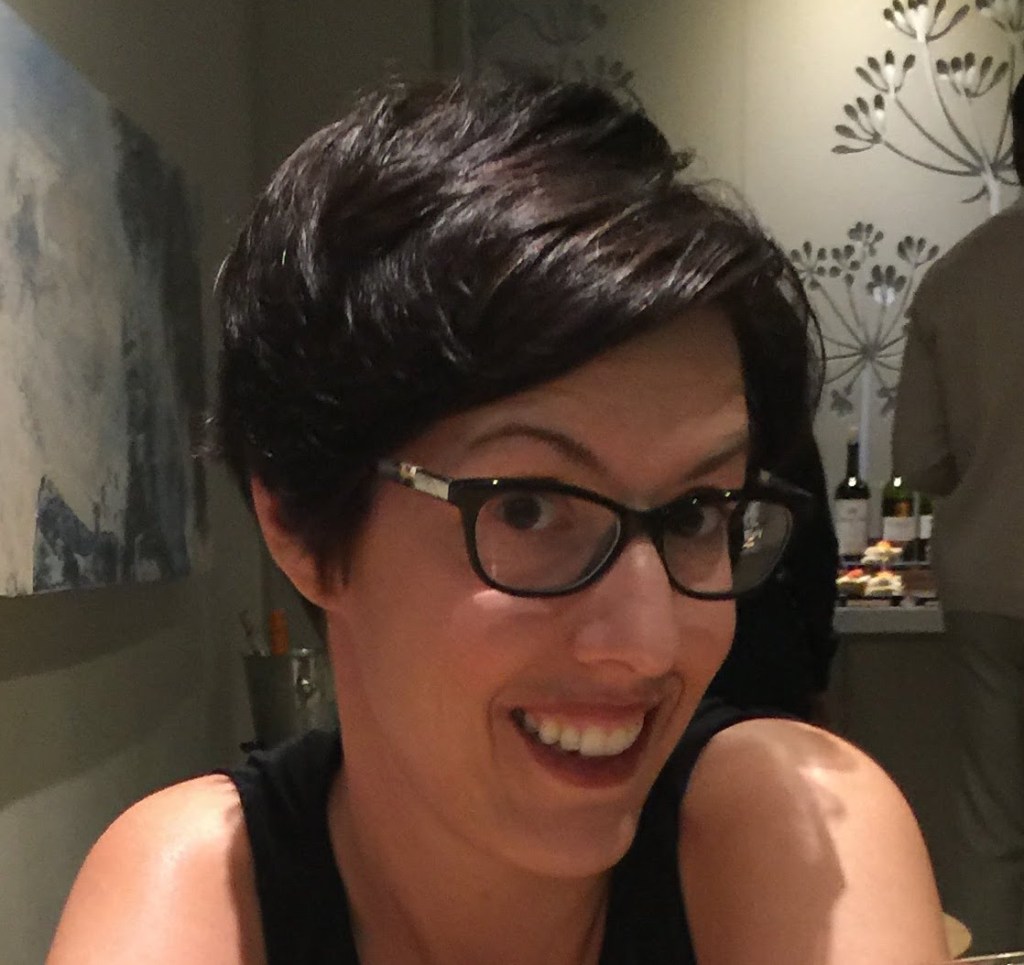 As far as First World problems go, going gray at 40 is up there with the barista misspelling your name on the cup, or the sky deigning to rain on your cottage weekend. To be clear, gray hair only becomes a concern if you happen to be a woman. This is one double standard still firmly rooted in place in the year 2019. For men, a sprinkle of salt and pepper looks distinguished and George Clooney sexy — gray hair means they have arrived. For women, though, true gray (not to be confused with the astronaut silver the kids are sporting these days) spells the end of an era. An end to visibility. An end to desirability.

After a decade of faithful dyeing, I grew weary of the ritual. Every six or seven weeks I gave up an afternoon — and a good chunk of change — at the salon. I know I’m not alone. Like many of my contemporaries, I had become a willing hostage to my hair, and I was sick of the charade, but too afraid of the alternative (roots!) to quit. For a time, I did it myself: Scanning an entire drug store aisle devoted to hair products for the exact right shade to hide behind. One that perfectly mimicked the natural color from my twenties, just so I could keep up the illusion that the lustrous dark brown hair on my head was still my own.

After my fortieth birthday, my grays had upped the stakes. Overnight, they had seemingly multiplied. They demanded a higher ransom, more frequent and intense concealment. A few months ago, I refused to keep giving in. Enough is enough. I sat in the salon chair, vulnerable in a black cape, and met my stylist’s eye in the mirror. When I told her my plan, she looked horrified. In her expert opinion, a woman should not stop coloring her hair until she is “at least” 70 years young. She shrugged, and asked if I was sure, as if she was about to perform some grave, irreversible surgery. I nodded. At the risk of threatening her livelihood, I requested a pixie cut. Reckless, perhaps, but I figured at least I would be spared a hideous regrowth line. What’s good for Pamela Anderson is good for me.

To my face, friends and family were flattering. I pulled off the cut. Even so, I could tell they had no plans to follow in my footsteps anytime soon. My husband of 20 years professed that my gray look in no way diminished my attractiveness in his eyes. But after 20 years of marriage, I knew that he was fibbing—even if he didn’t. The man doth protest too much. We met and fell in love when I was only 22. I knew he fancied the long-haired, brunette version of me.

In the outside world, the reaction to my gray was decidedly less nuanced. Overnight I had forsaken my ability to turn heads and invite the male gaze (albeit there was no shortage to the female gaze). No longer being gawked at by strangers should come as a relief. I guess it’s a case of not knowing your power until you are suddenly without it. Overnight “miss” became “ma’am.” On the subway, I shook my head with such ferocity at the young man who offered me a seat, he stumbled backward. Overnight, I had set foot in this strange limbo in which I was too young to warrant a seniors’ discount pass, yet too old to be truly seen or heard, let alone taken seriously.

If gray hair marks the end of attention, it also marks an end to the exhaustion. An end to the expense. No more dyeing, I vowed, no more lying. The decision should have felt liberating. Instead, it felt lonely. Women much older than me continued to flock to the salon with religious devotion. Not limiting themselves to hair color, they waxed, threaded, filled, and performed a plethora of other closed-door rituals and enhancements I couldn’t fathom. Still, the feeling was of being kicked out of a sorority or a cult of girly girls.

These women—some 10, 20 years my senior—were determined. With each passing year, they invested yet more time and money, stopping at nothing to slow the ravages of time. They would age, like everyone would, but not without putting up a good fight. It’s their prerogative of course. I’m not here to condemn anyone. If anything, I admire their commitment and tenacity. After all, it takes a certain gumption to face the mirror as a gray-haired woman.

Day after day, I look at my reflection, expecting to see the long-haired brunette. But she is gone now. She is not coming back. There is a moment of discomfited shock, followed by a slight adjustment. Letting go of youth, and all that it represents, is not easy. No one wants to go quietly into that dark night, at least not by herself.

3 hrs ago
by Bethany Ramos

8 hrs ago
by Ally Hirschlag