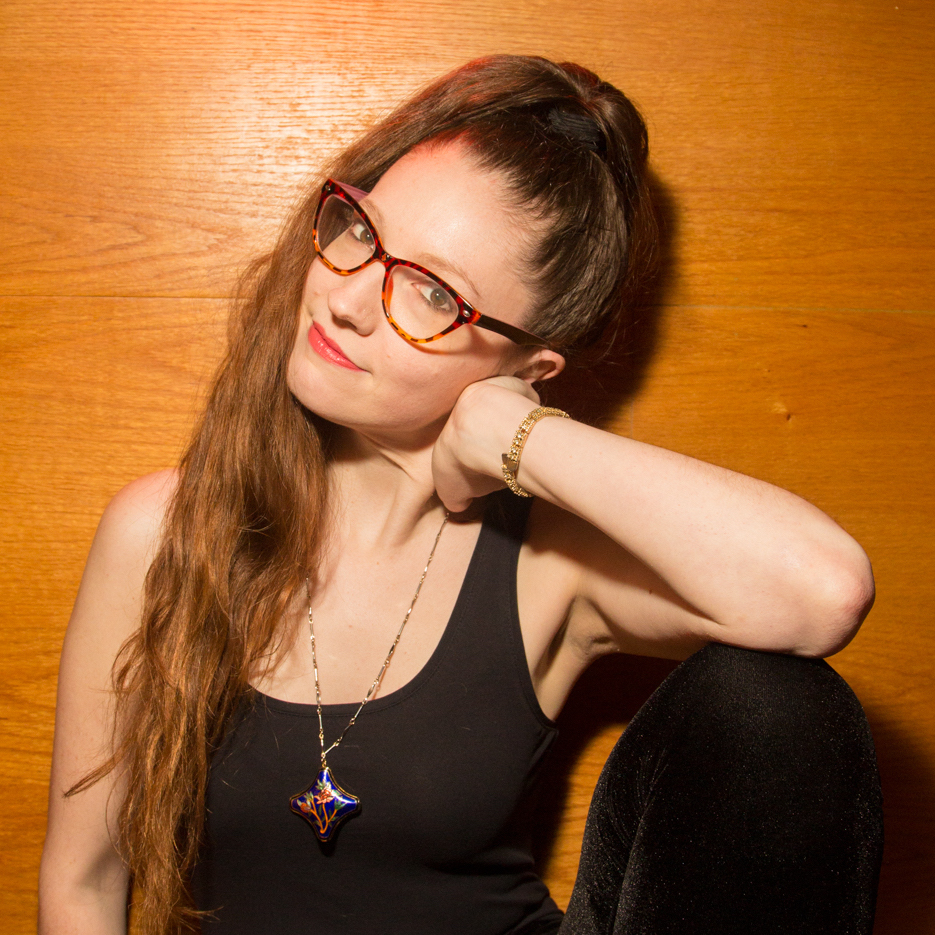 Disney World is for family vacations and children’s imaginations. Sex was naked bodies, sweat, ups and downs, ins and outs — dirty things that can’t be whispered within miles of wholesome Disney World. The Carolyn who roamed Disney in a vintage Epcot Center T-shirt desperately trying get a picture with Lilo and Stitch would never meet the Carolyn desperately trying to remember where she threw her underwear.

But as I began exploring my sexuality a bit, um, deeper, I learned those two Carolyns may have more in common than I thought. Especially the Carolyn who started to venture into the world of sexual dominance and submission. When I was having submissive sex, I was someone else, I was somewhere else. I was physically and mentally exhausted yet refreshed and clear-headed.

I wondered why I was so easily drawn to it. Then it hit me. Fantasy, control, play, exhaustion, freedom, comfort — all of these played a part in the world of dominance-and-submission sex just as much as they played a part in the world of Disney. Being submissive may have been new to me sexually, but I was well-trained in submitting… to a theme park. The Disney freak — the side of me I thought was so innocent — ended up being the side of me that influenced the not-so-innocent freak in the bedroom.

I know I’m in Disney World when I pass through the Disney gates on World Drive in Orlando. The names of highways and streets suddenly get more magical. The buses have ears. I’m surrounded by all things Disney. I make my way to the Magic Kingdom, where I am greeted with the following message that hangs above the entrance: “Here You Leave Today and Enter the World of Yesterday, Tomorrow and Fantasy.”

A good Disney freak knows this quote front and back. It reminds those entering that you have given yourself over. Everything you do for the next day, three days or even 10 days will be controlled by the mouse.

Similarly, when I enter the bedroom of a trusted dom (that is, the dominant person in a sexual relationship), I also lose control. As my leader, he tells me where to sit. He tells me how to sit. He tells me how long to sit. He tells me these things all while playing another important role — the role of my protector. I’ve never felt unsafe losing control with him just as I’ve never felt unsafe losing control in Disney World. It is the job of both Disney World and a dom to take control in a way that still allows you the freedom to explore within the confines of a safe, contained space.

I grew up in a fairly strict household: locked doors, curfews, mandatory “meet the parents first” before a sleepover. But Disney World was the first place my parents allowed me to “let it go” (There had to be at least one Frozen reference). I rode the monorail alone. I explored the parks alone. As long as I had my “key to the kingdom” (now seen in the form of customizable MagicBands), I was free to roam. My parents trusted Disney to keep me safe. The well-thought-out organization of the park gave anxious parents like mine a moment of relief while giving children like me a freedom I knew wouldn’t remain once back home.

During sex, I am able to let myself go the same way my parents let me go years before. It is safe to roam, to go crazy, to enjoy a side of myself that usually remains hidden.

When I play the role of the submissive sexual partner, I transform from my usual buttoned-up, play-by-the-rules self into a child that needs direction. I whine. I pout. I push back. I want to go where I’m not allowed, touch what I’m not allowed to touch. This exploration reminds me of childhood when every moment was an exciting new discovery. When my eyes lit up at new sights and sounds. When I could still be surprised.

A surprise around every corner

Whether it’s a child’s first time or seasoned annual pass-holders, Disney continues to surprise their visitors. On my most recent trip, I was awestruck at the nightly Happily Ever After fireworks over Cinderella’s castle just as much as the little girl experiencing Disney for the first time. Disney had managed to transform this castle I’ve seen a dozen times before into an entirely new viewing experience. My senses perk in pleasure when I’m in Disney World and when I’m in the bedroom — the touch of rope tied around my chest, the sound of unknown movements, the smell of pineapple moments before it is fed to me while blindfolded.

To heighten our senses even more, fans of Disney World and fans of dominance-and-submission sex save these spaces for certain possessions that don’t have a home in the “real world.” Our favorite gear comes out to play the same time we do. Within the confines of the parks, Mickey ears are not only welcomed, they’re normal. I’ve found as a participator of dominance-and-submission sex, I’ve begun a different collection: special outfits dedicated to my nights, toys only permitted for our use. When I’m surrounded by people of the same passion or mindset, I can fully embrace a side of myself that may be judged negatively outside the kingdom.

Both Disney freaks and freaks in the bedroom have to be careful about who they reveal their passions to. Not everyone understands why we want to go on vacation or have sex where there is an unspoken demand to “be good.” Why would someone want sex with rules and limitations? A vacation where the lines are long? Dominance-and-submission sex is by my no means easy sex, just as Disney World is by no means an easy vacation.

Anyone who’s taken a trip to Disney World with the FastPass knows your limits will be pushed and your days will be planned to the minute. Your Disney Dining plan dictates where and when you’ll be eating. Your FastPasses tell you where and when you’ll be riding. We don’t understand how people take carefree, go-with-the-flow trips to Disney. How can you go with the flow when there is so much to do and explore? We relish in the painstaking detail because in the end, we know we will be rewarded.

Disney understands that while it is your vacation, it’s not always R&R. Adjustments have to be made in order for you to remain comfortable — whether it’s the park always placing trash cans within 30 feet of each other, the detailed interactive line queues that make passing the time before your favorite ride less painful or the out-of-this-world fireworks displays that end of a tired day.

Comfort has to be considered in the bedroom too — the long oiled massages soothe your skin after spanking, the cold grapes after hot oral sex, the release of a well-deserved orgasm after a long, tortured wait. You may leave exhausted, but you’ll never leave disappointed.

Dominance-and-submissive sex has taught me sex is so much more than a penis inside a vagina, more than an orgasm and more than a story to tell your friends. Sex is letting go of the person I have to be and becoming the person I want to be. It is my job to provide spaces for that person to come out and play. To fantasize. To be a freak. Whether it’s letting go of everything “normal” for five days and four nights at a park or three hours in the bedroom, those moments provide the self-nourishment I need and will indeed return to for inspiration — with or without the mouse ears.