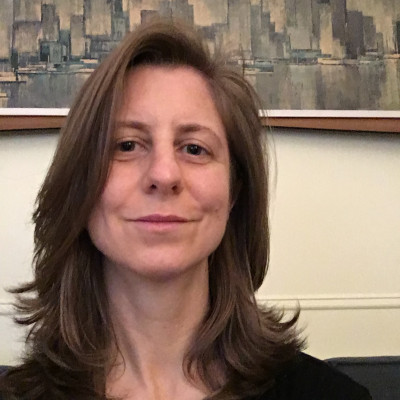 Health care was the No. 1 worry among voters in the recent U.S. midterm elections — according to the CNN exit poll, 41 percent of voters ranked it first, ahead of immigration (23 percent), the economy (21 percent) and gun control (11 percent). Here are Americans’ biggest health care stresses and what we can do about them.

Prescription drug prices in the United States are out of control. In 2015, for example, Americans paid $1,000 annually for medication in contrast to Swedes, who paid $351. That’s a tremendous stress and burden for many families. But prospects look good for making headway on lowering consumer drug prices, according to Bob Blancato, a board member of AARP and officer and a board member of the American Society on Aging, who argued in Forbes: “The election results make prospects stronger for new policies to lower prescription drug costs, something President Trump has said he generally favors.”

Dr. David K. Jones, an assistant professor of health, law, policy and management in Boston University’s School of Public Health, agrees, adding: “This is one issue that might find enough agreement between the President and Congressional Democrats” to effect change.

Democratic House Minority Leader Nancy Pelosi, who won another term in California’s 12th Congressional District, specifically attributed the election results to Republicans’ attempt to wipe out the Affordable Care Act’s preexisting conditions clause, which prevents health insurance companies from denying coverage to citizens suffering from prior medical issues. According to the Henry J. Kaiser Family Foundation, polls show that 75 percent of Americans want to retain it. Dr. Sandro Galea, a physician and distinguished professor at Boston University School of Public Health and author of the forthcoming book, Well: What We Need to Talk About When We Talk About Health, says the clause will remain a big part of the battle going forward. “Maybe I am being too optimistic, but I think it will be an easier part of Obamacare [the common nickname of the ACA] to preserve because it was so clear from exit polling how important it was to people.”

More: One Anonymous Doctor Exposes the Reality of Physician Burnout

According to a Reuters survey, 70 percent of Americans support Medicare-for-all (aka a universal health care plan). Originally conceived and implemented in 1965, the federal insurance program covers citizens 65 and older as well as Americans with disabilities, but many progressives want to see it expanded into a comprehensive national insurance plan to cover all citizens. Fifty-seven percent of candidates who supported it this year won their races, which is a positive sign for our future given the astronomically high cost of health insurance and the catastrophic (and stressful!) economic implications of needing medical interventions without it.

As Jeff Pross argues in The Week: “… Votes to expand Medicaid are votes to make the program more similar to Medicare — and by extension, a theoretical Medicare-for-all bill.”

In Galea’s view, “There’s no question that the Democrats will want to push for Medicare-for-all and I think they should.”

Jones takes a different view: “Without the Senate and without the presidency, they cannot make a serious push for expanding coverage, but they should begin having serious conversations to the lay the groundwork for the next election.”

More: Who Is Responsible for Addressing Mental Health & Well-Being in Higher Education?

But the health care concerns don’t just end with insurance coverage and drug prices. For Galea, there’s a whole discourse missing from our national debates about health care. “What I would like to see happen, is for politicians to also pay attention to non-typical health care policies that are very relevant to health,” he says. Policies around housing, gender equity, livable wages, and healthy food should be reframed as health issues. “At the end of the day, we will not have better health unless we demand health in all sectors,” he says.