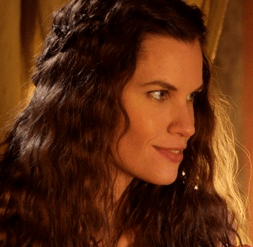 Every time I meet someone new, I wonder if they are able to tell that I’ve been raped. I think I do a pretty good job of hiding it, but it took many years to start respecting my body again. I haven’t fully gotten there yet, and I still have days when I doubt myself.

It happened when I was 24. I was living in London and had just finished drama school. Life was good — poor but good. I was walking around a heavily trafficked part of London when I was approached by a distinguished-looking photographer wearing a suit.

In an upper-class English accent, he told me he was in the middle of casting a commercial shoot and said I would be exactly what his client was looking for and suggested I should audition for it. I was skeptical, but he gave me his card. I looked him up and I found his website — full of professional photos of beautiful women. The following day, I called him and said I’d like to come to the audition.

There was a welcoming atmosphere when I stepped into the apartment where the casting was being held. An assistant immediately offered me coffee, tea, water and fruit. Peter, the photographer, asked me to stand on an X so he could take a few shots. The whole thing was over within four minutes. Peter said he would call as soon as he knew what the client thought.

His assistant called me the next day and told me the good news: I had booked the job. I was over the moon because I really needed the extra cash.

When I turned up the following day at noon for the shoot, Peter happily greeted me at the door, but as soon as I stepped in, he locked the door behind me with a key he then carefully drooped into his pocket.

Peter turned around, pulled out a hunting knife and started walking away from me into the main room where the shoot had been the previous day. I immediately broke out into a cold sweat.

I gathered myself and asked to use the restroom. He told me to leave my bag behind. As I walked into the bathroom, my hands started to shake. I felt sick. My whole body was shutting down. I searched the bathroom for anything I could use as a weapon. There was nothing. The toilet seat was even gone.

When I came out, he greeted me with a large glass of milk. I took one look at his knife and downed the glass, hoping that whatever was in the milk would numb the pain he was about to inflict. Shortly after that, I blacked out.

For the next three days, I was raped repeatedly by multiple men.  Fortunately, I managed to escape. Most women don’t.

After I was raped, I lost my dignity, my self-confidence and my self-worth, and I was mentally numb for quite a long time. I really didn’t care what happened to my body — it was as if my body had been separated from my brain.

I desperately wanted to be “normal,” and “normal” in our society, when you’re 24, means going out, having fun, drinking with friends and dating. So I did all that, but really only so I would fit in again — so no one would notice I was “different.” But in my mind, I’d never fit in again.

I started dating again, and dating means at some point having sex. I thought it would be really difficult to have sex again, but the truth is, having sex was easy because I didn’t care about my body anymore. Making love, however, was a whole different thing. That meant I had to actually open up and be vulnerable. And that was something I couldn’t do.

In the years after I was trafficked and raped, I ended up having a few boyfriends, but I never let anyone get too close. I was constantly called “mysterious” and “hard to read.” This was all true. I didn’t do it on purpose — it just became my new setting. Everything and everyone was kept at arm’s-length. This isn’t something I did consciously — I wasn’t even aware of it until many years later when I started to look back and figure myself out.

I also lost respect for men in general, which isn’t good because obviously all men aren’t bad — just a few. But it’s hard to distinguish the nice ones from the bad ones after you’ve been raped. In my mind, I put all men in one box: bad.

As it turns out, the combination of not respecting my own body and thinking all men are bad is not the healthiest one. It basically meant I could have sex with a man and not care at all since my body didn’t matter and he certainly didn’t matter. In hindsight, I’m sure I must have hurt a few people. But more than anything else, I hurt myself.

At one point, I got pregnant and miscarried. After that, I assumed I couldn’t have kids after what happened. That led to more self-destructive thoughts. Not only had my mind been ruined, but my body was too. What’s the point now?

I decided to move to a new country, hoping I could leave all of it behind — but that never works. But something did work because I met a guy who eventually became my husband, someone with whom I felt I could be completely honest. I ended up telling him what had happened to me. We were happily married for 12 years before we split up.  He’s still my best friend.

Now, I’ve met someone new, and against all odds, we have a daughter — which was totally unplanned. I thought I could never have children and had come to terms with that. She came as a complete surprise.

As a mom, I’m still working to gain self-worth and self-respect so I can teach my daughter those things. Working in Hollywood for the last 13 years hasn’t helped.

But making my film Apartment 407 and speaking out about my past combined with the #MeToo movement has helped me heal. All the incredible support I’ve been getting from women and men around the world has made a huge difference to me. I’m getting stronger every day.

The main thing to keep in mind if you’ve been sexually assaulted is that it’s not your fault.

Once you start applying that to your everyday thinking, it’ll slowly get easier. It takes time to get through what has happened and get back to “normal.” But eventually, you will get to point that your past doesn’t define you — and it’s worth the wait.

Apartment 407 will be released worldwide on Nov. 6.