It’s been a rough two years for people with a uterus. We’ve watched as the current administration attempts everything in its power to erode our right to safe, accessible health care and seen the appointment and confirmation of Brett Kavanaugh to the Supreme Court, who has indicated that Republican threats to repeal Roe v. Wade is now a promise. If we’re being completely honest, things are kind of bleak.

That’s why there was no better time for The Golden Probes: a satirical award show highlighting some of the people in this country actively working to limit reproductive rights and health care. Dubbed “sexism’s most glamorous night,” the awards were created and produced by Lady Parts Justice, an organization founded in 2012 by Lizz Winstead, cocreator and former head writer of The Daily Show, to use humor to expose the politicians, activists and laws who work hard to limit access to legal reproductive health care, like abortion.

The ceremony, held in Town Hall in New York City on Oct. 20 and broadcast on Tuesday, featured Winstead and an array of other vocal celebrities, including Stormy Daniels, Sandra Bernhard, Kathy Najimy, Orange Is the New Black cast members and the evening’s host, Margaret Cho. 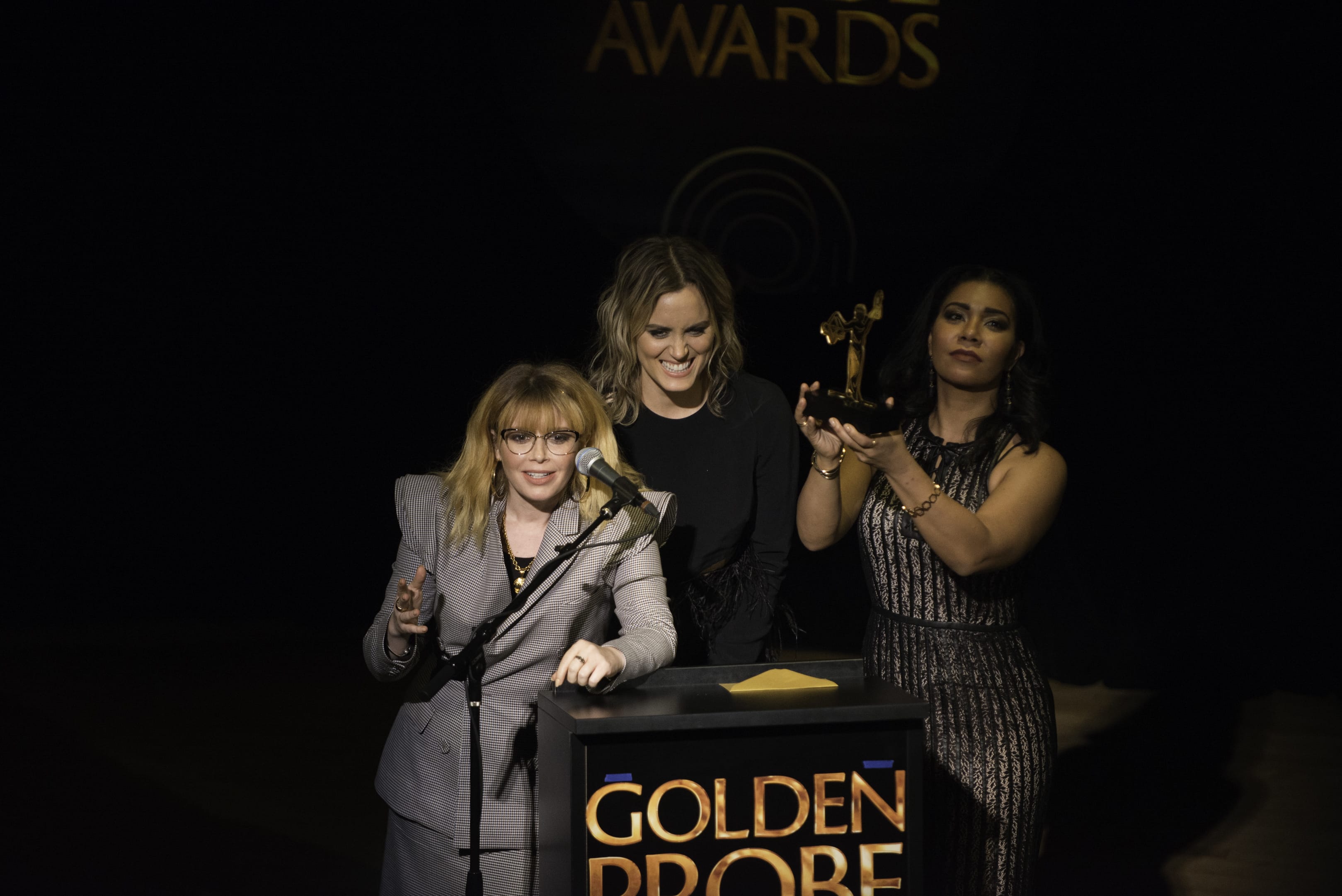 Strategically broadcast about a week ahead of the midterm elections, The Golden Probes presented clips of politicians — many of whom are running for election or reelection on Nov. 6 — doing their best to ensure that women’s bodily autonomy is as limited as possible. Awards were then presented to people like Scott Lloyd, the president’s pick to direct the Office of Refugee Resettlement — despite the fact that his background primarily focuses on restricting abortion rights. He was the recipient of the Phyllis M. Schlafly Pro-Lifetime Achievement Award.

“I guess Trump woke people up to understanding what midterms mean, so we will see Nov. 6 if the work of all the organizations, including ours, to try and get people to understand what this means will be revealed,” Winstead tells SheKnows.

More: 6 People Running for Office Who Have Big Plans for Women’s Health

Winstead also notes that when she created Lady Parts Justice six years ago, Barack Obama was president, and even with a pro-abortion rights person in the White House, we still saw new laws restricting abortion and clinics closing regularly. So now, with Trump and Republicans in control, paying attention to what’s happening on the state level is even more important.

Using humor as a tool to show exactly how far people are willing to go to make accessing abortion as difficult as possible may seem counterintuitive on the surface, but in reality, is highly effective in demonstrating how extreme and partisan our political world has become.

“This is just stupid now,” Cho, who spoke at the #BlogHer17 conference, told SheKnows ahead of the show. “I don’t understand why people don’t think that women’s rights are a viable thing. Having to fight for them continually over so much time gets really ludicrous, and I don’t understand why it’s going on, but we’re still fighting. Comedy just keeps it entertaining.” 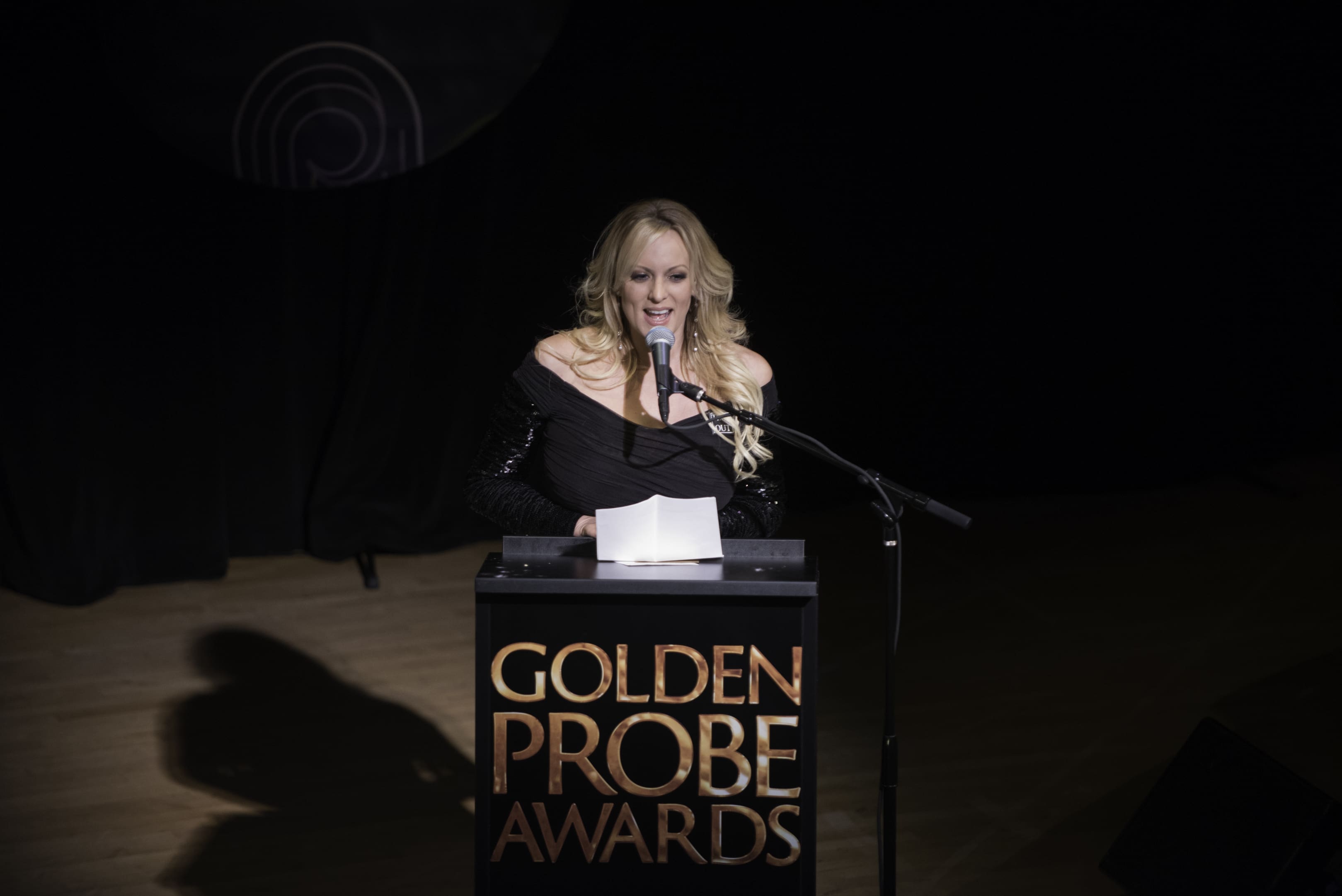 Apart from Cho’s hosting skills, other highlights of the show included Daniels reading out an “In Men-moriam” list of men who lost their jobs and credibility because of accusations of sexual misconduct, and Taylor Schilling, Natasha Lyonne and Jessica Pimentel from Orange Is the New Black presenting the first award of the night: best acting-like-you-care-about-women in a supporting role.

15 hrs ago
by Carolyn De Lorenzo