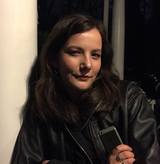 As they continued their tour of Australia, Meghan Markle and Prince Harry spoke with a surfing community group, OneWave, on Bondi Beach. The group is focused on aiding mental well-being, an issue close to the royal couple’s hearts, through physical activity. But Meghan, now the Duchess of Sussex, reportedly brought up another well-being factor as she spoke with OneWave members: social media use.

By January 2018, Meghan had deleted all her online accounts, including a personal blog, The Tig, which focused on lifestyle and well-being. Members of the royal family don’t maintain personal social media accounts (at least not public-facing ones), so the deletion was likely part of her preparation for her May wedding to Prince Harry. But on Bondi Beach, she reportedly discussed the positive impact that deleting social media has had on her life according to the Daily Mail.

More: 8 Things You Should Do After 8 P.M. If You Want to Be Happy & Successful

Jessina Oakes, one of the community members present for the meeting on Bondi Beach, told the Daily Mail that Meghan explained, “[F]lattery and criticism run through the same filter,” and that getting off social media has been freeing. Although social media can feel validating, it can also provide plenty of negative feedback, and the nature of that dynamic can make it an unpromising place to turn for support according to Dr. Brian Primack, a professor of medicine and pediatrics and director of the Center for Research on Media, Technology and Health at the University of Pittsburgh.

Primack, who has led research on the correlation between social media usage and anxiety and depression, explains that social media is associated with anxiety, depression, loneliness, poor sleep and eating concerns. And while Primack emphasizes that correlation does not equal causation — so it’s possible that depressed or anxious people are simply drawn more toward social media use, and that’s why we see a correlation — the research suggests that the relationship goes both ways: We may choose to spend more time on social media when depressed, and that choice isn’t doing us any favors.

While Primack notes that getting off social media permanently might be the right move for some people (for example, a certain duchess), others are probably better off considering tactics that help manage rather than eliminate social media usage. His general rule is that more anxious personalities will be more affected by the kinds of negative feedback you can encounter online (although more research is needed to determine exactly how personality influences best practices with regard to online platform usage) — but regardless of personality, adopting some of these practices can help manage social media stress.

Several small studies have seen increases in mental well-being when people take (voluntary) “social media vacations,” or a few weeks off all social platforms, Primack explains. Even this short detox or vacation can be an incredible experience for some.

People who use more social media platforms, Primack says, are more likely to be depressed. This means it could be a good idea to pick just one or two platforms (think about the ones that bring you most joy versus ones that leave you anxious), and stick to those few rather than feeling the need to be on every online platform. It may help you maintain the connections that likely draw you to social media — without as much of the mental health backlash.

More: The One Word That Can Hurt Your Reputation at Work

Stay out of angry, negative debates

Primack cautions that more research is needed to determine exactly how the platforms you use affect your well-being, but it’s likely that scrolling through lots of adorable animal videos will have a different mental health effect than engaging in angry, vitriolic debates about religion.

Avoiding those angry, negative debates, especially if you have anxious tendencies, can help minimize the negative effects of social media on your mental health. Note that if criticism and anger tend to roll off your back, you likely will not see as much negative mental health impact from these kinds of debates, but it’s worth considering carefully just how fully they do roll off your back before you decide which type you are.

11 hrs ago
by Katie Smith