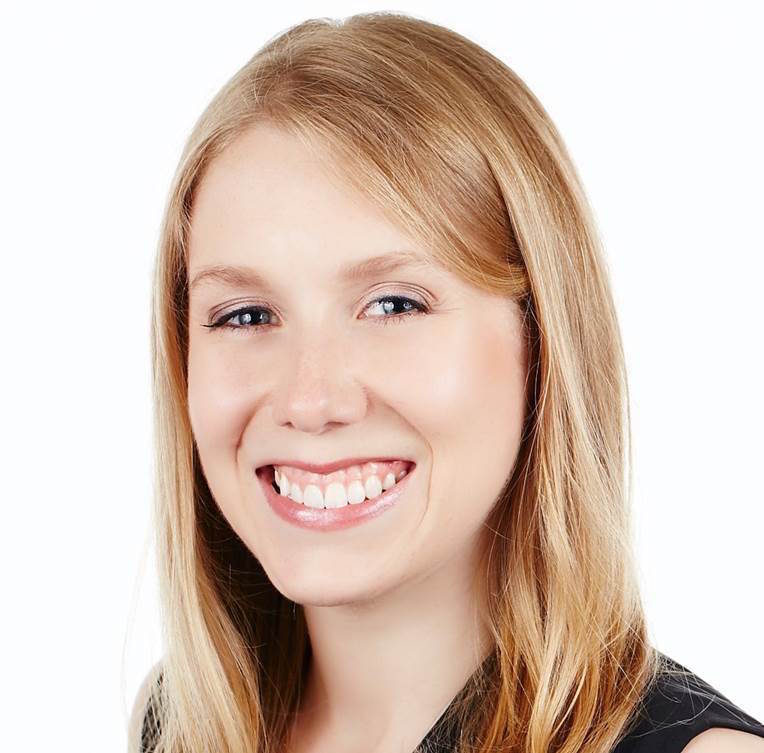 At the age of 17, I still hadn’t gotten my period or experienced the other physical changes associated with puberty like the other girls my age. My mom and I went to the doctor to try to figure out what was happening, and after some testing, we were told I have a Y chromosome — which is typically associated with being male. In other words, we learned I was intersex.

For some intersex people, it’s evident from the time of their birth based on their anatomy. For others like me, it’s more complex, as the evidence is internal and genetic. I had streak gonads — tiny streaks of tissue that would have normally developed into ovaries or testes — that for me didn’t develop into anything.

At first, this was a lot to digest, but within a few years, I had found a place for myself — as well as support — in the intersex community. In 2016, I gave a TEDx Talk on being intersex, and since then, I have become more involved with intersex nonprofits, including joining a support group and taking a leadership role. To mark Intersex Awareness Day on Oct. 26, here are some of the basics:

But I’ve never heard of intersex…

If you have never heard of intersex, know that you’re not alone. The transgender community has received a lot of media attention in the past few years, but intersex remains relatively unknown. In a nutshell, people with intersex traits have some combination of male and female elements, which can show up in external anatomy, internal reproductive organs, hormone levels or DNA.

How do people “become” intersex?

The short answer is, we don’t! We just continue that way. All humans start off with two sets of ducts, one male and one female. Every person has the potential to become both, at least to some degree. For male anatomy to develop, hormones come through that wipe out the female set of ducts. If those hormones don’t get produced, then the female anatomy remains, and the male ducts wither away.

Even before this process of sex differentiation, there is another path to intersex. Sometimes, at the very early stages of a pregnancy, two fertilized eggs will fuse together. These cells have two different sets of DNA, and it is possible for one set to be female (XX) and the other set to be male (XY).

How do I talk to people about having intersex traits?

It’s great that you want to learn more; keep in mind that for some of our community members, educating others can be exhausting. As an aspiring ally, you can make space for people to share if they want to, but don’t be upset if someone takes a pass. An open-ended question gives people the opportunity to share to their level of comfort; “What is that like for you?” is a good neutral question that avoids being intrusive.

If somebody does share, avoid exclaiming or overemoting. Along those lines, I don’t like it when people tell me I’m brave. I think it’s making too big a deal out of what I’ve been through. I prefer something more along the lines of, “Thanks for telling me about that; I’m glad I got to hear your story.”

First, know that it is going to be OK. Most newborns with intersex traits are perfectly healthy just as they are. Your child is going to grow up and be an amazing person who loves other people and with people who love them. Every person has difficulties in their life, and having intersex traits can be difficult at times. But know that I wouldn’t change my life or try to change myself — and your child wants to hear that you love them just the way they are. Also, know that there is support available; you may want to meet other parents who are going through similar experiences.

You will likely choose a gender for your child. If you are uncertain what gender to choose, it’s OK! If your child chooses a different gender expression later, that’s OK too.

Depending on your child’s intersex traits, you will receive a variety of suggestions from doctors and/or surgeons. It may feel strange to think of your baby as an adult — but one day, they will be, and they will have a sexuality of their own. Surgery can cause scarring and loss of sensation and is often unnecessary. I’m not a doctor, and I’m not giving medical advice, but in my experience, it’s all right to ask hard questions of doctors and to learn whether a procedure is necessary. Remember, you hired them, not the other way around.

More: How a Transgender Woman Is Able to Breastfeed

If you are a physician

People with intersex traits deserve to be treated like other patients — they deserve someone who first, does no harm, is familiar with the standard of care for their condition, thinks critically about whether the standard of care is appropriate for their situation, listens well, is willing to learn, is willing to refer them to physicians or counselors who might be more helpful and does not subject them to any more examinations, tests or surgeries than is strictly necessary.

For physicians who see adult patients, I recommend learning about your patient’s condition before your patient comes to your office if possible. For physicians who see infants with intersex traits, I would say these babies are going to be just fine. Maybe you will guess the wrong gender for the infant, but that can be changed, and families can adapt to what the child tells them as they get older.

Surgery, however, cannot be reversed, and patients can suffer the consequences of surgeries for years to come. Newborns do not need their gonads removed or their anatomy reduced, altered or “corrected,” and surgery is only necessary if there is no opening for urine or fecal matter. Anything else is cosmetic surgery.

For more on care for intersex patients, see “Providing Ethical and Compassionate Health Care to Intersex Patients,” a guide published by InterACT and Lambda Legal.

If you are intersex or think you might be intersex:

Welcome to the family! There are so many wonderful people in our community; we get together and have karaoke parties. We sit together on nonprofit boards and we call each other up about hormone replacement therapy and kids and spouses and work and vacations. Come find us!

More: Why Weight Is an Unspoken Problem in the Transgender Community

There is the AIS-DSD support group, which welcomes all intersex variations, even if it started out being named for only one (androgen insensitivity syndrome). The annual conference is like a big extended intersex family reunion. There is also InterACT, which focuses on youth advocacy, as well as the Hypospadias and Epispadias Association, which focuses on those two conditions. There may be others, and LGBTQ centers can also be good resources, even if the percentage of intersex people there is relatively small.

I hope you can experience how healing it is to just be in each other’s lives. Many of us have been told we would never meet someone with our same diagnosis — well, the people who said that were wrong. There are probably only around 3,000 people in the United States who have Swyer syndrome, and yet 15 of us were in the same room together just a few months ago. Reach out, get connected, advocate for yourself, and know that it will be OK. Many people have said finding other people like them saved their lives. We can’t wait to meet you!

Please remember that I’m only one person. I’m doing my best to give accurate information and share some of the things I believe the intersex community would want you to know. While I have met many people with intersex traits as well as their families, I don’t speak for them, and all views shared here are my own. The great thing about being part of the intersex community is that we are family — we sometimes disagree. We might get riled up, but everybody belongs. That’s what makes it a family.