Debra Messing has been gracing our television screens for more than two decades now and has been making an impact since the start of her career. About a year after the groundbreaking NBC sitcom Will & Grace began in 1998, Messing says they started to receive letters from fans describing how the show has changed their lives.

“It wasn’t, ‘Oh, I love you.’ It was, ‘Hi. I’m 15 years old, and I’m gay, and I just came out and my parents won’t speak to me, and I wish I had a Grace in my life,’” Messing tells SheKnows. “Or ‘I came out and my parents were devastated, so now watching the show together is a bridge for us, and now we’re laughing at the same things.’ That was the first sort of tip-off that this [show] is going to have meaning that we did not anticipate.”

Messing recalls how, after they shot the pilot episode, she turned to Eric McCormack (who plays Will Truman) and said, “We could be off the air in two episodes.” Will & Grace had started right after Ellen DeGeneres’ sitcom, Ellen, was canceled shortly after her she — and her character — came out. But she says McCormack looked at her and said he thought they were going to be around for a very long time. 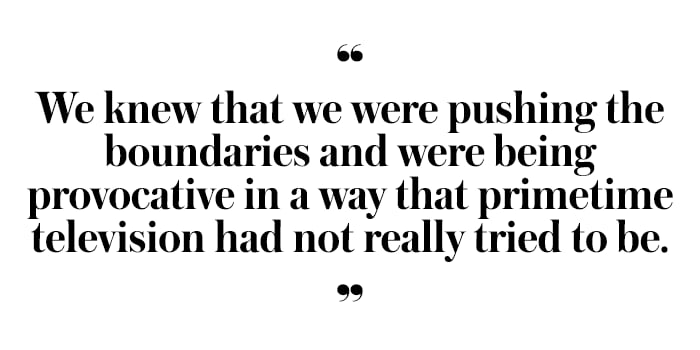 “I think he had a little more insight, but from the very beginning, all we ever really wanted to do is make people laugh. That is our job,” Messing explains. “Having said that, just the fact that we had two male characters — leads — that were gay, we knew that we were pushing the boundaries and were being provocative in a way that primetime television had not really tried to be.”

While the impact of Will & Grace wasn’t necessarily intentional, Messing’s current political activism very much is. She is a longtime HIV/AIDS ambassador for Population Services International and staunch advocate for women’s health.

“Reproductive rights is at the forefront of my mind, and I think [that] of most women in America right now,” she tells SheKnows. “Our autonomy and ability to make decisions concerning our reproductive health is at risk. There is a concerted effort right now to strip us of those rights, and I feel very energized and very inspired by this sisterhood of American women who are standing up and saying no and are really fighting.”

More: Why Trans & Nonbinary People Must Be Included in the Abortion Conversation

And in an age where pop culture and politics are increasingly intertwined, Messing is committed to using the platform she has built as an actor to call out injustices.

“I feel like I’m in a privileged position. I have a platform that can reach more people than others,” she explains. “I’ve spent decades advocating for the LGBTQ community, but really, now I feel like Black Lives Matter and immigration and women’s rights — there are so many different marginalized groups who need support and people on the front lines who are willing to be noisy about inequities.” 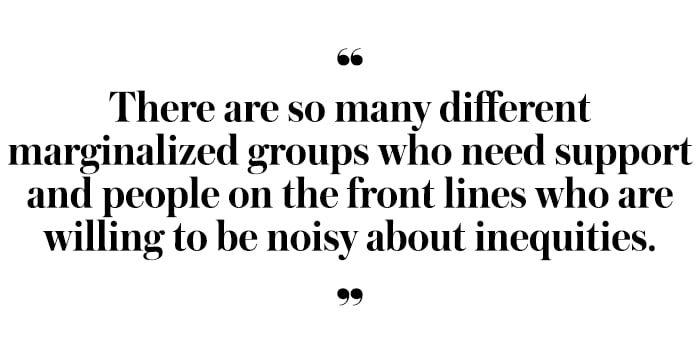 But despite remaining politically active, don’t expect to see her name on the ballot. Messing says she would “absolutely not” run for office herself because she doesn’t feel like she has the right temperament for politics.

“I really am a problem-solver, and I think the red tape and bureaucracy that is just a part of the DNA of the political world is something that would frustrate me so much that I would act injudiciously,” she says.

Messing does, however, have a few favorite candidates running in the upcoming midterm election in November. Her picks include Stacey Abrams — who, if elected would be the first Black governor of the state of Georgia — and Beto O’Rourke, who is running for Ted Cruz’s senate seat in Texas.

“My prediction is that he will be president someday,” Messing says of O’Rourke. “I don’t think I’ve heard an orator as gifted as him since Obama. He really is spectacular, so I’m rooting for him.” 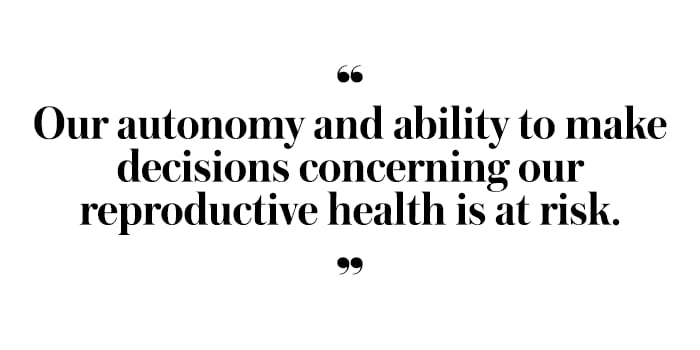 While we may not be seeing Messing on the ballot, we will be seeing her in the second season of the Will & Grace reboot (the 10th overall season), which begins tonight. Like the witty comebacks, physical comedy and madcap plotlines, another thing about the show that hasn’t changed since it first went on the air is Messing’s smile. She has recently teamed up with Colgate Optic White — a product she had used for years before the brand approached her — and notes that despite years of coffee, red wine and wild blueberry smoothies, her teeth are the same color as they were when Will & Grace first started.

When it comes to Messing’s favorite episodes of the iconic sitcom, the two she singles out are on opposite ends of the comedic spectrum. On one side, there’s season two’s “Das Boob” — otherwise known as the exploding water bra episode — which she describes as “classic I Love Lucy.”
On the other end, there’s “The Kid Stays Out of the Picture,” the season five episode in which Grace tells Will she won’t have his baby, which ends with him yelling, “You don’t live here anymore” at her. “It was just such an extraordinary moment because the audience was just dead silent,” Messing explains. “And we only did that scene once. I just remember that scene being very powerful, like, you’re not supposed to be able to do things like this in a sitcom.”

Messing also has fond memories of working with her TV mom, Debbie Reynolds.

“I still can’t believe that she was my mother,” she says. “She was as lovely and bawdy as you would hope she would be.”

And she didn’t just get to work with a Hollywood legend: Reynolds also gave Messing a piece of motherly advice.

“I had just given birth, and I remember sitting at the little table and talking about my concerns about being a mother and working and being overwhelmed,” she says. Reynolds responded by sharing some of her own experiences working and raising her daughter, Carrie Fisher. “[She] just sort of gave me encouragement and told me that I already had the wisdom that I needed as a mother.”