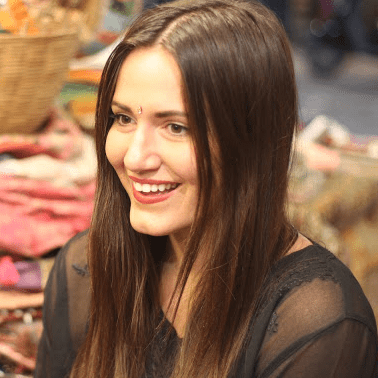 This morning, Dr. Christine Blasey Ford will take the stand to testify that Supreme Court nominee Brett Kavanaugh physically and sexually assaulted her when they were in high school in the 1980s. When news of her accusation broke, the president tweeted that if the assault was that serious, Ford would have “immediately filed with local Law Enforcement Authorities.”

These sentiments were incredibly triggering for me and the nearly 1 million survivors who came forward with their #WhyIDidntReport stories because reporting a sexual assault can be extremely difficult. In fact, according to the Rape, Abuse & Incest Network, only 31 percent of survivors report perpetrators to police.

But why is that? For starters, RAINN reports that less than 1 percent of rapists are incarcerated. Many who have reported their attackers were told their scenarios weren’t so bad or that the attack was their fault. Many were simply told they were lying and not to ruin the lives of good men. Those men already ruined the lives of those they attacked — including mine.

Like Ford, I was attacked by a sexual predator when I was in high school. I was 15 when he stole my virginity during a vicious violation in a hotel bathroom. Like Ford, I didn’t immediately report the assault.

More: How Accusing Someone of Sexual Assault Affects Your Mental Health

Although my rapist ruined my life, I never wanted to ruin his. I never wanted revenge, so I didn’t pursue justice. Instead, I wanted to be able to pretend it never happened — but I can’t. I never alerted the authorities or pressed charges. Kansas eliminated the five-year statute of limitations for rape cases in 2013, so I do now have the option to pursue justice, even 13 years later. I still haven’t decided whether or not to do so.

I don’t forgive my rapist for what he did to me. He doesn’t know the long-lasting traumatic effect that his few minutes of power has had on my life. He doesn’t know that every time I had to drive by the hotel where he assaulted me I’d lose the ability to breathe or see clearly. He turned my hometown toxic. Less than two years after he raped me, I left Kansas for good.

My silence allowed my rapist to have a normal life. He has the one thing I’m doubtful that I’ll ever be able to maintain — a committed relationship with someone who wants to start a family with me. He robbed me of the ability to have healthy relationships with men.

More: The Growing List of Celebrities Who Have Shared Their #WhyIDidntReport Stories

I asked Jill Whitney, a licensed marriage and family therapist, about the mental health impact of this less-frequently-discussed aspect of sexual assault. She explains that seeing an attacker happy and successful repeatedly shows survivors the profound injustice of their situation. “It underscores that what had a major impact on their life may have had no effect on their attacker,” she adds. In fact, there are plenty of examples in the media today of men accused of sexual assault who have gone on to not only live normal lives, but to also end up in positions of power — like president or a federal judge.

The effects of sexual trauma are long-lasting. Try as I might, I just can’t bring myself to trust men, usually for good reason, but often as an implication of being a repeat victim of sexual violence.

Whitney explains to me that seeing attackers thrive can help survivors access anger. “Anger gives strength. You were powerless once to stop what happened. But now, you’re physically safe. You have social supports and adult perspective that you didn’t have then. You can use your legitimate anger to decide what, if anything, you want to do now, either to further your own healing, confront your abuser or advocate for change.”

I’m angry and ready for change.

Ford, Debbie Ramirez and now Julie Swetnick are each taking back their power by holding Kavanaugh accountable for his sexual abuse. I stand with them and all other survivors, because #MeToo.

If you’re a survivor of sexual assault and need to speak to a trained counselor, call the National Sexual Assault Telephone Hotline at 1-800-656-4673 or chat online. Both are available 24-7.