A few years ago, most of us didn’t know the name Dr. Christine Blasey Ford. Sure, if you have a career in academic psychology or are one of her colleagues at Palo Alto University, you may be familiar with her work, but she was hardly a public figure like she is now, after accusing Supreme Court nominee Brett Kavanaugh of sexual assault. And to be clear: Fame was never her goal in doing so, nor is it for the countless other people who have done the same thing only to see their own careers harmed.

Related story A No B.S Guide to What to Look For When Giving Yourself a Breast Exam

In fact, when she went on the record for The Washington Post to discuss an incident — which happened in the early 1980s when Kavanaugh sexually assaulted her when they were both in high school — she could not have been clearer about her reservations in coming forward. “Why suffer through the annihilation if it’s not going to matter?” she told the Post.

And if you take one look at the 28,300 comments (and counting) on the Washington Post article, it quickly becomes apparent why Ford felt this way. So many of the remarks accuse her of coming forward now in the so-called “eleventh hour” of the confirmation hearings as a last-ditch effort by Democrats to stop Kavanaugh (and for the record, he absolutely should be stopped given his views on women’s health alone) or because she wants a piece of that juicy #MeToo fame that has helped launch the careers of so many accusers.

Except it hasn’t. Sure, we have made more progress in that area than we have in decades between the takedowns of powerful men like Bill Cosby, Harvey Weinstein and Matt Lauer, but let’s not forget that until very recently someone who has been accused of sexual assault by numerous women and was caught on tape bragging about groping women is currently residing in the White House.

And while accusing someone famous of sexual assault means that the traumatic, horrible thing that happened to you is now out there in the public, people who come forward about being sexually assaulted by non-famous people also face their fair share of attacks on their character, credibility and mental health.

This is something I’ve experienced firsthand. A few years ago, I wrote about my experience reporting my sexual assault to the New York Police Department. The man who reached under my dress and grabbed my vulva was not, to my knowledge, famous, so I arguably had nothing to gain from spending my Saturday at my local precinct trying to convince the officers on duty that the incident wasn’t my fault. (Seriously.)

Then the comments and unsolicited advice started pouring in. Most fell into one of two camps: 1) that I made the whole thing up for attention or 2) that it was my fault regardless. I received several tweets from now-blocked users referencing the fact that I’m an ethics professor and questioning my credentials because I had so clearly fabricated this entire story. So when I read comments that Ford was able to use her background as a psychologist in order to “beat” the lie detector test she took (and passed) regarding her incident with Kavanaugh, I again could see why it was such a hard decision for her to come forward.

I can also relate to the significant impact coming forward about sexual assault can have on your mental health. Of course, I’m not comparing my situation to Ford’s, but even on an incredibly smaller scale, making this accusation and then discussing it publicly exacerbated my depression and anxiety. Honestly, the victim-blaming I experienced the day I reported it to the NYPD followed by the comments and messages I received spelling out exactly what I did wrong was much worse. Here are some of the ways reporting a sexual assault can impact your mental health. 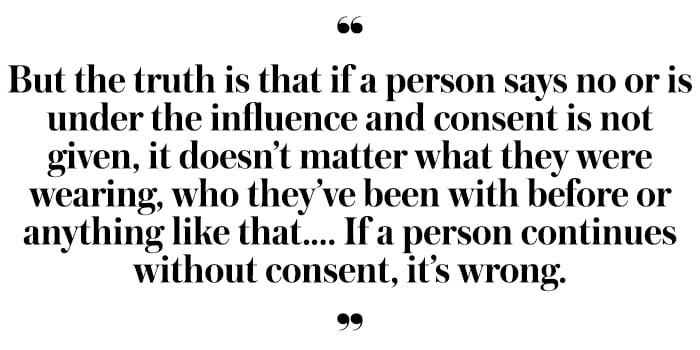 Before we even get into the victim-blaming, it’s important to acknowledge that speaking about assault means not only acknowledging that you experienced a traumatic event, but also can involve a reliving of the assault.

“Feelings of depression, anxiety, post-traumatic stress and shock are all mental health concerns that can surround sexual assault and make it hard to make a report,” says Shadeen Francis, a marriage and family therapist that specializes in sex therapy and social justice.

Then there’s the small matter of being blamed for your own sexual assault.

“There is still so much shame and humiliation attached to being a victim,” says Dr. Fran Walfish, Beverly Hills family and relationship psychotherapist, author of The Self-Aware Parent, regular expert child psychologist on The Doctors and costar of Sex Box. “Victims are still often blamed and held accountable for the assault and end up feeling either that they brought it on somehow or could have prevented it. That is simply not true.”

Dr. Kelly Moore, a clinical psychologist, tells SheKnows that this culture of victim-blaming and -shaming often prevents people from coming forward about an incident at all. Questions like “What were you wearing?” or “Why didn’t you fight the attacker off?” send victims the message “that they could have prevented the assault or that they were too weak to stop it once it started,” adds Moore. These questions can be even worse when the person being accused is someone famous or in a high-profile position, like Kavanaugh, and every detail of the accuser’s story is scrutinized. 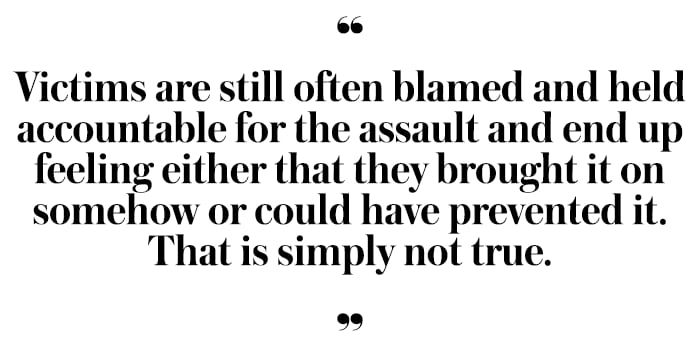 Another reason people may not come forward about sexual assault is because they know their sexual history could be used as a weapon to negate the assault they experienced, explains Moore. “But the truth is that if a person says no or is under the influence and consent is not given, it doesn’t matter what they were wearing, who they’ve been with before or anything like that….” she says. “If a person continues without consent, it’s wrong.”

Furthermore, sexual assault often involves an imbalance of power, so fear of retaliation is also a common barrier to speaking up, explains Francis. “We can’t have this conversation without acknowledging that assault survivors are routinely silenced, shamed, blamed and discredited when they try to seek justice,” she says. “These societal reactions are amplified for marginalized groups and people considered less credible, which greatly discourages people from reporting.”

And let’s not forget that people who report sexual assault or other crimes are frequently not believed. “It can be traumatic to disclose an assault and not be believed,” notes Francis. “Similar mental responses to the initial trauma of assault can be expected when a report is turned around to undermine or shame a survivor, the most common of which are post-traumatic stress syndrome, depression and anxiety as well as disorders of coping like substance abuse and eating disorders.”

Before you go, check out our favorite mental health apps that are useful and affordable:

50 mins ago
by Sam Manzella

4 Advances in Breast Cancer Research You Should Know About

2 hrs ago
by Jacklyn Janeksela

3 hrs ago
by Kori Ellis