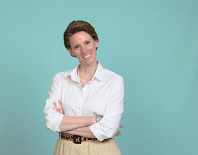 When I got cancer, I made one fateful decision that forever changed my relationship with my son: I promised him full transparency.

If I didn’t tell my 8-year-old child the truth, his mind would fill in the blanks. I made the choice to fill in the blanks in the best kid-appropriate way I could. My goal was to answer all his questions, prevent him from worrying and provide him with as much information as possible so he didn’t make things up in his head.

I was diagnosed with recurrent cervical cancer in February 2016. My first cancer was stage 1B cervical cancer in 2012. This was an easily treated cancer. We called it a “baby” cancer because there was one quick surgery — a radical hysterectomy — and I was back to normal in a few months. In hindsight, it was no worse than if I’d had to have my gallbladder removed.

More: After Infertility, I Was Scared of a Breast Cancer Diagnosis — Here’s Why

But the second time around, I was deemed incurable and was told that I would die in as few as 15 months. The doctor spelled out my treatment plan, telling me, “You will have chemo until you can’t and then you will die.”

The fight for my life had already started. There was no hiding this or pretending it was OK. My husband and I agreed on full transparency for my son’s sake. 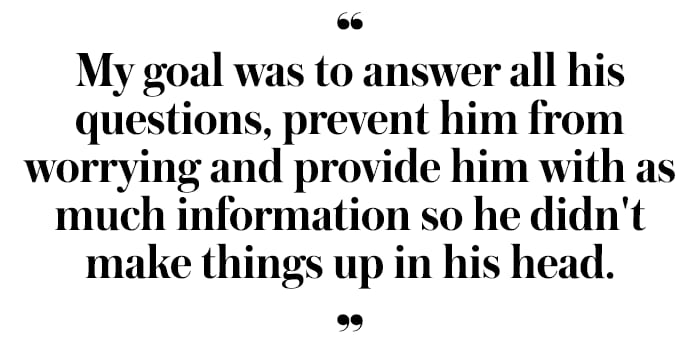 We sat our son down and told him the truth. “Mommy has cancer again. We know it sounds scary, but we don’t want you to be scared. We promise to tell you anything you want to know.”

After a moment of silence, he asked: “Anything?”

“Anything,” we said, holding our breath.

“Santa?” asked my innocent one. “Is Santa real?”

Shocked, amazed and amused, my husband and I looked at each other, shrugged our shoulders and realized in an instant “full transparency” means never lying.

My son was crestfallen to learn that Santa wasn’t real. An 8-year-old couldn’t comprehend that the cancer he thought had gone away had instead grown up and was threatening to take his mommy away. He only saw a loophole to learn the question that was burning his mind.

My son did come to understand what was happening as he watched his mother melt away under chemotherapy. I was bald; 30 pounds lighter; sensitive to touch, smells and sounds; and always exhausted. Watching the reality and fear grow in the eyes of my precious son was devastating. 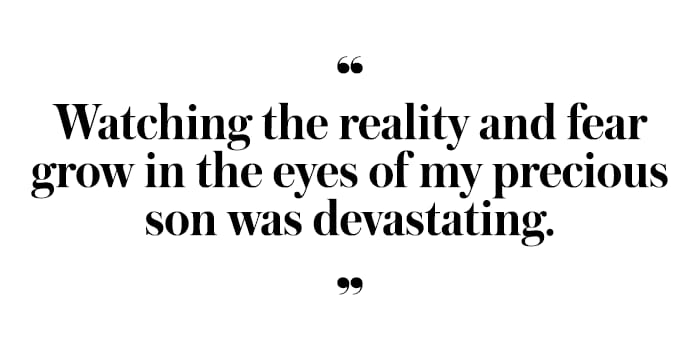 “Mommy?” he asked as I turned out the light after prayers and a bedtime story, “Are you going to die?”

My heart froze. Time stopped. In the dark room, I braced myself with the doorframe so I wouldn’t collapse. Transparency. I had promised full transparency.

After a deep breath, I gently said, “Honey, I don’t know if Mommy is going to die, but I promise you I’m going to do everything in my power to live.”

And I did. I changed every part of my life, read every book and studied every method that felt right. My son was a part of every decision and discussion. From then on, we talked openly about the medical treatments I was doing and why: drugs I was taking, opioid withdrawal, neuropathy and whether I should do an immunotherapy trial.

We talked about all the crazy woo-woo stuff I was trying: acupuncture, psychotherapy, crystals, energy healing, essential oils, astrology and meditation. He begrudgingly went along with all the radical diet changes I was making to heal my body, like eliminating gluten, sugar, alcohol, soy and dairy. 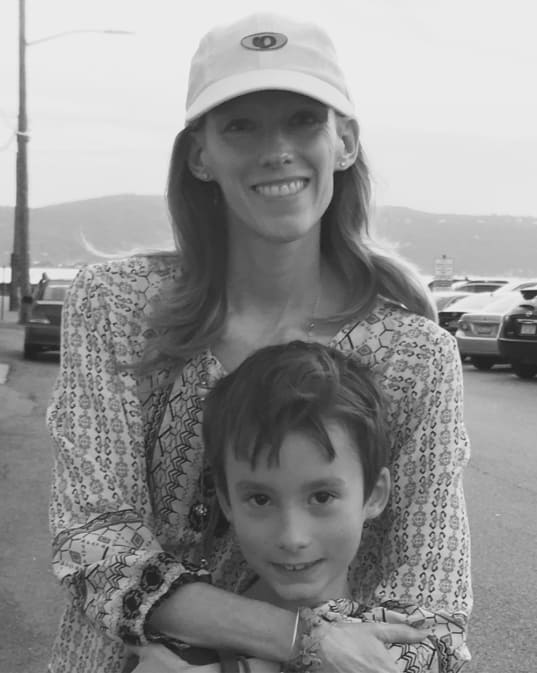 Our relationship grew and evolved. He had to grow up sooner than I liked. I had to find ways to let him still be a child. There were aspects of cancer he didn’t need to see. Like how hard the first three days after chemotherapy were.

On those days, my “boys” – that is, my husband and son – went on all-day ski trips or on other adventures. Our son knew I needed rest and never questioned or pushed. He got a fun dad-son day. I got solitude and sleep.

Other times, we made sure he had a schedule packed with playdates. Sometimes, I had to drop my son off at various classmates’ homes at 6 a.m. on school days so I could get to chemotherapy. When that happened, every mom made sure that my son was treated like part of their family and made his time with them feel like an adventure.

One day, our relationship took a very unexpected turn when I found myself crying on my son’s shoulder. I’d been working from home; it was late in the day, and my son was home from school. I was emotionally, spiritually and physically exhausted. I couldn’t hold back the tears anymore. I had tried so hard to always be strong around him, to be strong for him, but I hit a breaking point.

Intuitively, he understood. He hugged me the hardest he ever has and told me it was going to be OK. I was embarrassed for myself, but I also knew he needed to see the truth. He needed to know it was OK to have emotions, to be vulnerable, to be scared. I’ve never hidden my emotions from him since. 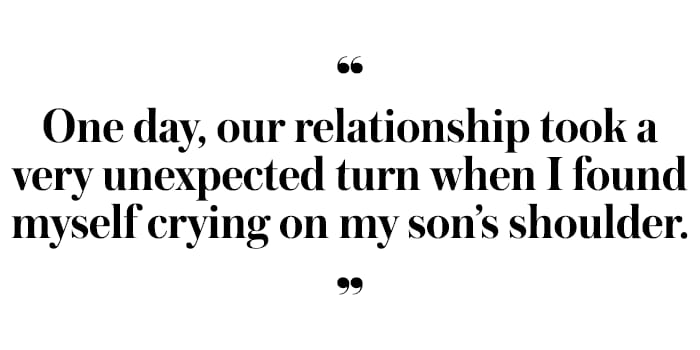 Over the next two years, we were each other’s biggest cheerleaders. I began to heal and defy medical expectations, and he started fourth, then fifth grade.

Now that I’m in remission, our transparency with each other is still intact. He’s now 11 and headed to middle school this year. Who knows where our relationship will go as we enter teenage years, but the base of trust we built through my illness is a stronger foundation than I could have imagined when I got sick, and I’m still grateful for that every day I continue to wake up.