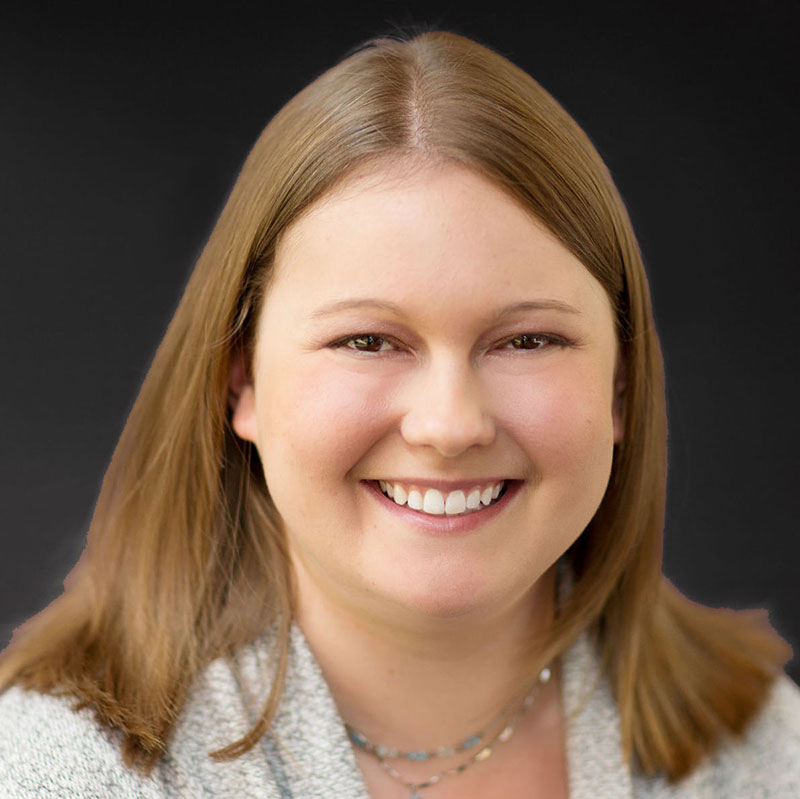 Out of my six years of infertility, three were spent doing some pretty intense treatments. There were three cycles of intrauterine inseminations, or IUIs, where I was on the drug Clomid to push my body to ovulate. Then there was progesterone — the hormone that helped support a possible pregnancy.

When my husband and I moved on to in vitro fertilization, or IVF, I almost fainted at the cost of the medications — well over $2,000 for each cycle — as well as the sheer amount I needed to inject into my body. Pills, patches, shots in my stomach and buttocks, even some I had to insert vaginally — I did it all. The three rounds of IVF involved multiple shots a day for weeks.

During those years, along with the hopes and fears of it all working or not, there was also the very tangible concern of getting some horrible cancer from all the added hormones and stimulation medications I was taking month after month, year after year. It would surface in the form of poor-taste jokes I’d make when talking about how horribly infertile I was.

“I’m probably going to end up with cancer after all this,” I’d say to my husband while injecting yet another shot of hormones. This, of course, was an awful thing to even joke about, but without fail, my mind would go to the dark place reserved only for sick humor. What if I finally got my long-awaited baby only to get breast or ovarian cancer from the very thing it took to get her? 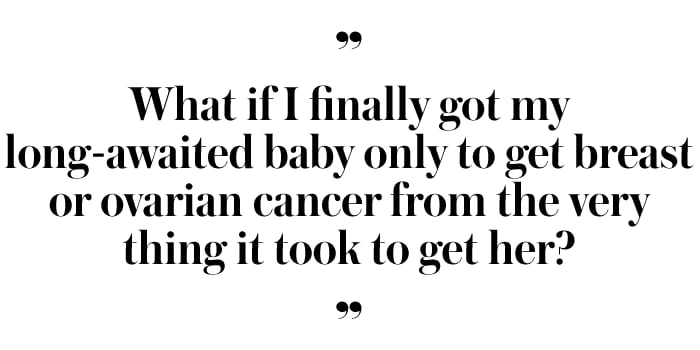 It was a legit concern. All those years of hormone treatments didn’t seem good for me. It didn’t seem good for my body to inject medication after medication, and the fear was always there. Of course I had brought up my concerns with my doctor in the beginning, and he reassured me they were safe, but because the focus was always just to get me pregnant, it was never brought up again by either of us.

And then, in 2014, right after my third IVF failed and we were beginning the process to use an egg donor, my mom called to tell me she was diagnosed with breast cancer.

I remember that period of time as trying to survive two intense stressors. One was the fear of losing my mom, my anchor, and watching her undergo a surgery and chemotherapy. The other was pushing through continued fertility treatments because I wanted to make sure my mom met  her first grandchild.

I saw a genetic counselor during that time to go over my own breast cancer-prevention strategy. The good news was my mom’s type of cancer wasn’t genetic, and therefore, I wouldn’t need my own genetic testing. But I brought up my fears of hormones during infertility, and even the geneticist’s confident reassurance that there was never a link between fertility medications and cancer wasn’t enough — I was still scared of getting cancer anyway. Call it paranoia or stubbornness, but I couldn’t seem to let it go. However, I wasn’t about to stop fertility treatments and give up the chance of a baby.

That was four years ago when I last talked over my concerns with an expert. I had continued to pursue treatments, and the geneticist’s discussion with me was what helped me push on. That wasn’t the first time I had heard of the low risk of developing cancer from fertility treatments, but when I recently came across the largest study ever done on fertility and cancer risk, I felt I could relax more than ever since the results were overwhelmingly in my favor.

For the study, published in the British Medical Journal in 2018, more than 250,000 women in the U.K. who received fertility treatments were tracked from 1991 to 2010, and their records were linked to any cancer findings from several different registries. It was concluded that there was no increase in uterine or breast cancer and only a slight risk of ovarian cancer. Researchers thought this wasn’t to do with the fertility treatments themselves, but to outside risk factors of the women.

But despite the promising findings, the research is what prompted me to speak to some experts in the field.

To start with, Dr. Bat-Sheva Lerner Maslow, a reproductive endocrinologist at Extend Fertility, explains that therapies for fertility treatments have been around for 40 years, and research has been done with women who have undergone these treatments. 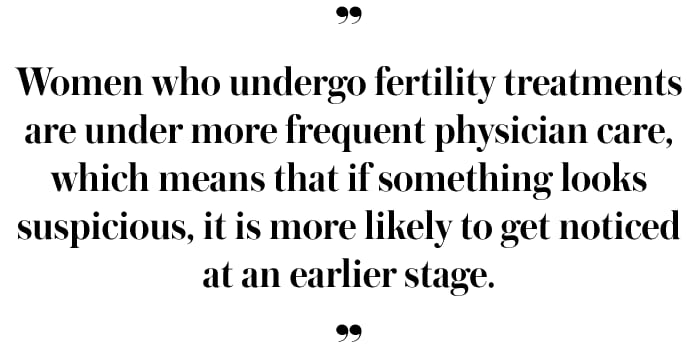 Along the same lines, Dr. Mandy Katz-Jaffe,  a reproductive geneticist and scientific director at Colorado Center for Reproductive Medicine, tells SheKnows that fertility providers try to make fertility treatments as safe as possible for the patients. She explains that women don’t need to be concerned with certain cancer types and health issues due to the increase in hormones such as estrogen that are frequently taken during their treatments.

Both experts agree that the U.K. study is thorough and well researched and is good news for people who have gone through or are thinking about fertility treatments to grow their family. With the decade of follow-up on more than 250,000 women, it means women like me can breathe easier about the concern that their fertility treatments might cause cancer.

Plus, as Maslow points out, “Women who undergo fertility treatments are under more frequent physician care, which means that if something looks suspicious, it is more likely to get noticed at an earlier stage.”

In fact, Katz-Jaffe says the clinic where she works is taking extra precautions by having patients undergo mammograms as part of their initial workup so they are in the best health they can be before undergoing treatments. “All this information represents good news for couples who have gone through several rounds of assisted reproductive technology,” she explained.

After five embryos transfers, I gave birth to my daughter in 2015, ending the fertility battle — at least until we repeated the process for a second child. I remember during all this, when I was making the comments about getting cancer from the fertility medications, these comments were always followed up by, “Why did you keep going if you were scared about getting cancer?” The simple truth was I wanted a baby. And maybe that made me selfish, taking that risk of bringing a child into the world just because I wanted to grow my family. But this was a baby that had been loved long before she was conceived, and that drive to hold her in my arms was powerful — much more powerful than that nagging worry in the back of my mind. 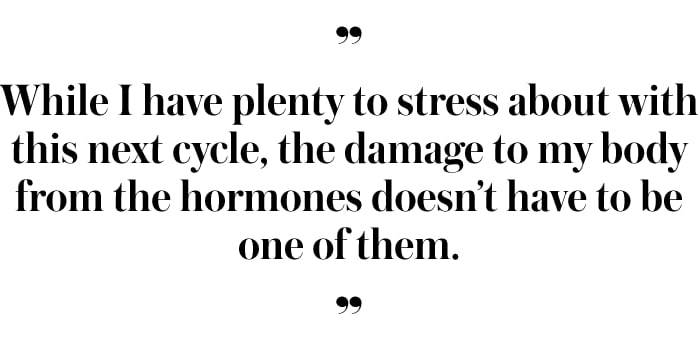 Now that my husband and I are facing another fertility treatment in less than a month, my outlook is different this time around. My mom has remained cancer-free, and I know I didn’t inherit a gene for cancer from her, which is one less thing to be concerned about. My doctor recommended that I have yearly mammograms starting now (in my early 30s), because of my direct relation to someone who developed breast cancer.

But I’m much more reassured than I was years ago knowing I am doing all that is in my control. I’m also armed with a lot more reassuring evidence that, while I have plenty to stress about with this next cycle, the damage to my body from the hormones doesn’t have to be one of them.

13 hrs ago
by Cristina Montemayor