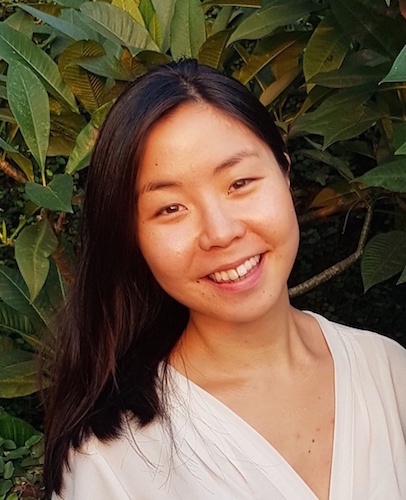 More and more adults are choosing to cohabit — and the decision to do so isn’t limited to only millennials. In fact, the Pew Research Center reported that the number of cohabiting adults over the age of 50 has increased by 75 percent in the last decade, climbing to roughly 16 million in 2016.

For some, cohabiting, or living with a partner outside marriage, is an expectation, with 64 percent of American adults viewing it as a step toward marriage. Indeed, nearly 76 percent of married couples reported living together before officially tying the knot.

For others, it’s a practical move to save money by splitting living expenses with a partner. But financial benefits aside, it saves the time and inconvenience of traveling back and forth between separate residences for overnight stays that would take place otherwise.

Sure, cohabiting makes financial sense, but is it good for you? What exactly are its effects on your physical and mental health?

For all those debating whether or not to share a physical address with a partner, here’s what the science says.

Cohabiting has emotional benefits like marriage — but mostly for women

It’s been well documented that marriage has a positive impact on individual well-being, both in physical and psychological terms. To determine whether cohabitation has the same effects, researchers from Ohio State University examined data from the 1997 National Longitudinal Survey of Youth. Their results? Cohabiting, or “first unions,” had a similarly positive impact — but only for women.

Curiously, while women saw a boost in emotional well-being from cohabiting with partners, men only saw a benefit from marriage. The researchers attribute this gender difference to a difference in how cohabiting is perceived, with men viewing it as a relationship test more than women.

Cohabitation is connected to a higher rate of unplanned pregnancy

According to a 2013 report from the Centers for Disease Control and Prevention, the probability of pregnancy for women cohabiting for the first time has increased to 19 percent since 1995. While this translates to nearly 1 in 5 women overall, the CDC found variations based on race and educational attainment.

The older individuals are before cohabitation, the less likely they’ll divorce

Once upon a time, there was a commonly held belief that living with a partner before marriage meant a higher likelihood of divorce once a couple was married. However, research from sociologist Dr. Arielle Kuperberg dispels this myth, instead pointing to another factor that tends to be left out of the equation: age.

According to Kuperberg’s research, the younger the individuals who decide to cohabit, the greater the risk of divorce. Interestingly, 23 appears to be the magic number in that cohabitation and marriage decisions made before the age of 23 have a heightened divorce rate compared to those made later.

For some, cohabiting may mean lower rates of exercise

Perhaps this doesn’t come as a surprise. The researchers behind the study speculate that “release from the marriage market” causes these lower exercise rates — as in, couples feel freed from the pressures of romantic courtship and the need to maintain a certain image. As one can imagine, after all, many couples would probably opt to stay in for a Netflix marathon instead of date night at the gym.

In a statement, Musick suggests that this is because of the perception that marriage has more obligations than cohabitation, which thus gives the latter greater freedom and flexibility. For instance, you’re more likely to find a married couple with kids than a cohabiting couple with them.

How to make cohabiting work for you

Research aside, it goes without saying that living together outside marriage has no guarantees for the outcome of your relationship. However, there are certainly ways to make cohabiting a more positive experience.

While not every couple feels compelled to use one, a cohabitation agreement can safeguard against the potential headaches of living together. Such an agreement may outline terms such as how household costs will be managed or how property bought together will be split in the event of a breakup. Not only that, it even helps to broach other issues — like cooking and laundry — that might otherwise have gone untouched.

Talk finances with your partner beforehand

It’s rare for both partners to make the same amount in a relationship. Be candid and open to discussing this, as equal is not always fair when it comes to splitting rent and other housing costs. According to the Institute for Divorce Financial Analysts, financial disagreements are the third-leading cause of divorce, and though you may not be married, talking finances will surely help fight against potential heartbreak.

More: My Anxiety Attacks Chased Me Out of My Job, Relationship & Country

Before making the big move, you should come to a decision about how costs will be split. For instance, rather than dividing all expenses evenly, consider using a percentage that more adequately reflects each partner’s salary. Alternatively, perhaps one partner will be responsible for paying for all utilities and groceries while the other covers rent.

Remember to give each other space

Living with your partner doesn’t necessitate spending every waking hour with them. It’s natural for people to want their own space, so consider designating some area, e.g., the garage or study, where either can go to unwind. Having separate hobbies and interests is also helpful for giving each other room to grow and explore independently while still maintaining the comfort of coming home to one another.

So, is cohabiting good for your health? Like most things, it depends. While there can certainly be some financial and emotional benefits, it may also mean less exercise or additional mental stress when the partnership is strained. In the end, no research study will be able to tell you what works best for you and your partner, but they could be helpful for facilitating the many discussions that arise when sharing your life with someone else.