A few years ago, you may recall hearing about a nail polish that could be used to detect common date-rape drugs.

The basic idea was that women could wear this nail polish, and by casually stirring our drink with our finger (as us ladies are wont to do in bars — right after we tie knots in maraschino cherry stems with our tongues and bat our eyelashes), we could tell if someone is trying to drug us based on whether our nail polish changes color.

You may also recall some backlash surrounding the product (created by four cis-male college students) — including from this writer — bemoaning the fact that this is just another example of how the onus is placed exclusively on women to prevent our own sexual assault.

Well, after years of market research (including focus groups of young people and parents) and development, the same company, Undercover Colors, is back with a new product to help combat drug-facilitated sexual assault — and it has nothing to do with nail polish. This time, their quick, portable drug tests come in the form of a small white medallion that can be affixed to the back of a cell phone; put onto a keychain; or kept in a pocket, wallet or handbag.

More: Here’s the Problem With This New Date-Rape Detection Tool

The basic premise of the technology is the same: The user places a drop of their drink on the medallion using their finger, and within 60 seconds, they have a clear reading as to whether the drug is “good” or “bad” (as in, two lines show up on the test if the beverage is safe to drink and one line appears if it is not).

According to a statement the company emailed to SheKnows, Undercover Colors says their products have been tested using 100 different liquids and have the ability to detect commonly used drugs for spiking drinks, including flunitrazepam (Rohypnol, aka “roofies”), alprazolam (Xanax) and diazepam (Valium) as well as midazolam (Versed), oxazepam (Serax) and temazepam (Restoril). 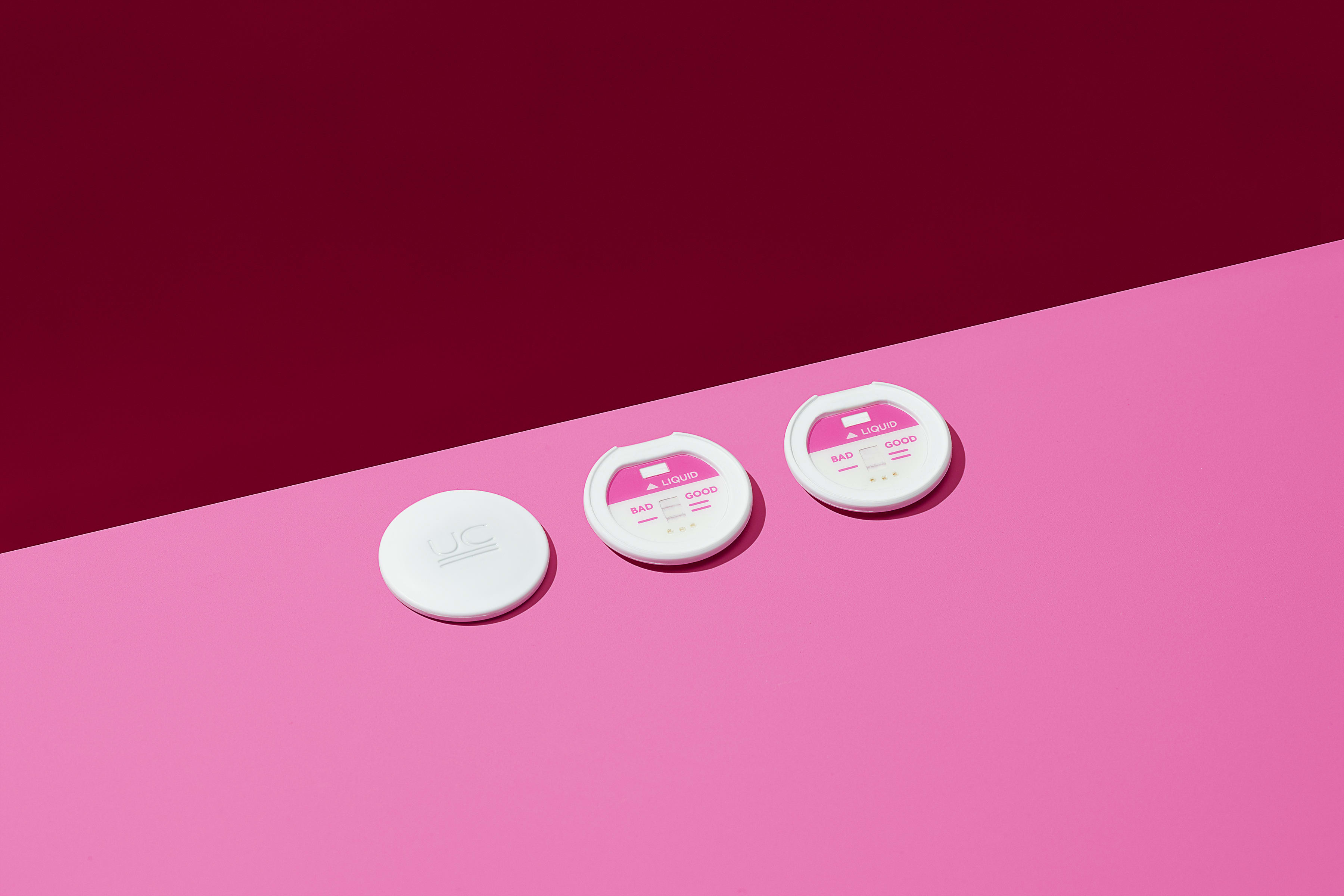 More: Our Narrow View of Sexual Assault Is Letting People Get Away With It

The major difference between the original nail polish concept and what came to market today is the design — specifically that it’s not only geared toward women. In fact, Barbara Cook, CEO of Undercover Colors, told SheKnows that though people were enthusiastic about the original product and technology behind it, it quickly became apparent that it’s form and design were problematic.

“Even though it was a phenomenal idea, women were saying we don’t want to be the group who are solely responsible for detecting drugs in drinks,” she told SheKnows. “Not only is that not right from an equality point of view but it’s also denying half the population that’s also susceptible to [drug-facilitated sexual assault].”

And if you think drug-facilitated sexual assault is something that just happens to women, think again. According to a 2017 study published in PLOS One, 12.5 percent of men have reported some incidence of sexual assault.

College students are at particular risk for drug-facilitated sexual assault. A 2016 study in the journal Psychology of Violence found that more than 1 in 13 students reported being drugged and 1.4 percent reported incidents of drugging someone. In fact, the products hit the market today in plenty of time for October, which Cook told SheKnows has the highest incidence of drug-facilitated sexual assault on college campuses thanks to events like homecoming and Halloween.

The statement from Undercover Colors is upfront about the fact that the company does not view the product as a “silver bullet against sexual assault” but rather is something they say could “provide reliable, science-based clarity” that helps people make informed decisions for their personal safety — and the safety of others.

And the company doesn’t want you to conflate making a product to help prevent drug-facilitated sexual assault with accepting or condoning it.

“Protection is not acceptance,” Cook said in the statement. “Drugging someone’s drink without their knowledge is a crime. But that doesn’t stop it from happening at colleges, bars, nightclubs, and hotels around the world. While we know the UC test doesn’t solve the issue of sexual assault, we feel strongly that our science is a tool that can be used to promote safety. We’re responding to the real challenges of today by empowering people with information while pushing for a future where these types of crimes don’t happen.”

But how much will these tests cost? The starter kit costs $34.99 and includes five single-use tests, two key fobs and two adhesive holders. Refill packs of 10 single-use tests sell for $49.99.

And no, it’s certainly not a solution to sexual assault or rape culture — unfortunately, that’s not going away with the introduction of any product. But it does present a gender-neutral option for people who may feel safer having these tests on hand, and that’s at least a step in the right direction.